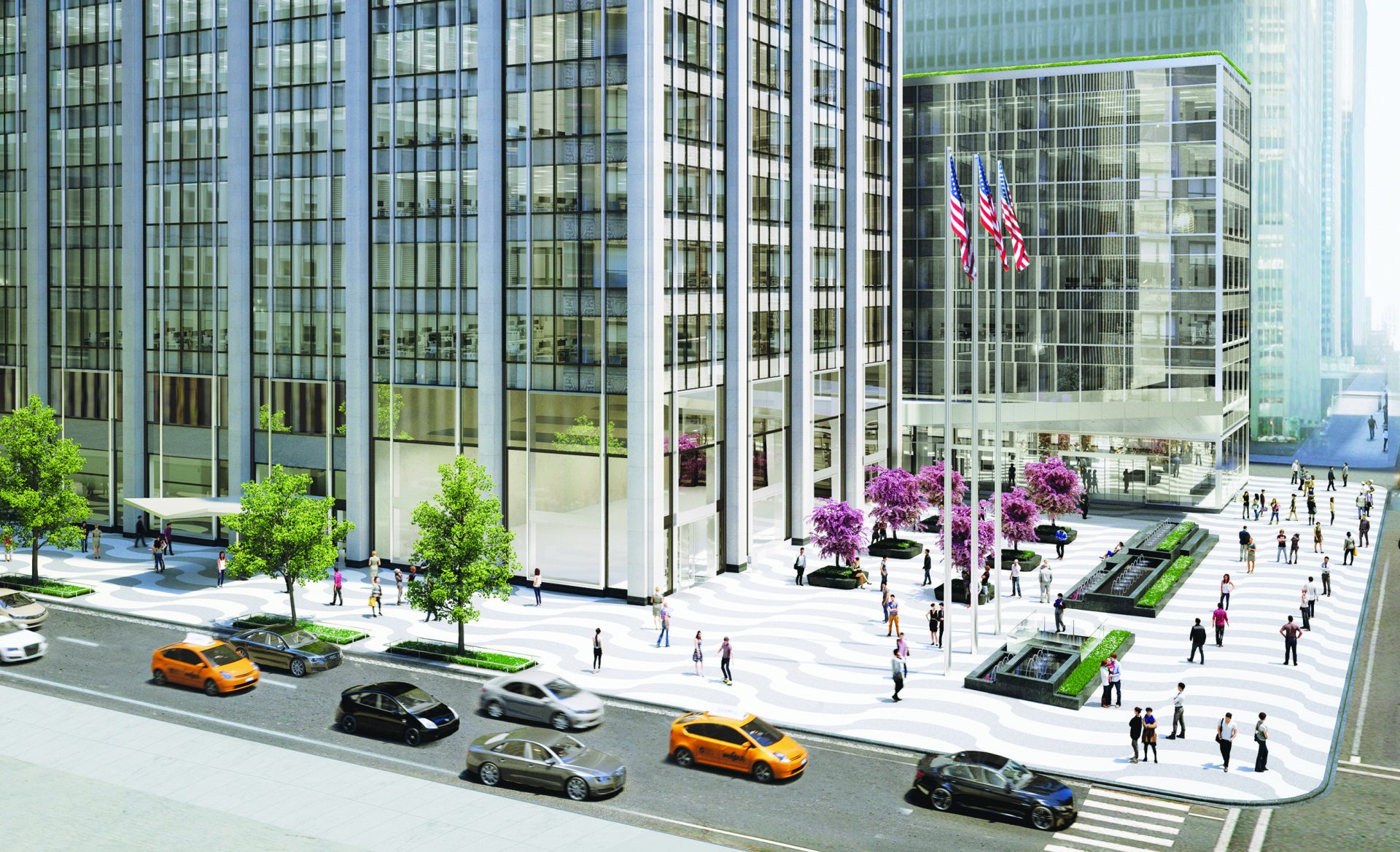 Rockefeller Group has signed a lease with famed Greek restaurant Avra Estiatorio for 16,500 s/f in its repositioned 1271 Avenue of America.

The restaurant is promising to open in the fall and hopes are high its celebrity following that includes Leonardo DiCaprio and Katie Holmes will help reignite the Rockefeller Center as a magnet for tourists, office workers and locals alike.

The deal is the second biggest retail lease signed in Manhattan this year – next only to supermarket Trader Joe’s 50,000 s/f deal at 415 East 59th Street in February – and comes as the restaurant sector in particular buckles under the weight of coronavirus restrictions.

Famed restaurateur Thomas Keller announced yesterday (Wednesday) that he was closing his TAK Room and Bouchon Bakery in the $25 billion Hudson Yards development, becoming the highest profile New York restaurant casualty of the pandemic to date.

The Rockefeller Group, however, is following the same hunch as Tishman Speyer – which owns the famous Rockefeller Center – that activating outdoor space with restaurants and entertainment can help pull office workers and visitors back to Manhattan.

Data location analysts who have been tracking cell phone trails report that just 30 percent of Manhattan’s workers have returned while the borough continues to lose well-heeled residents to beach and upstate sanctuaries.

Tishman Speyer has turned the world-famous Rockefeller Ice Rink into an outdoor restaurant catered by exclusive eateries including the Rainbow Room and Alidoro, added a public art exhibition and customized vending machines.

The new Avra will be situated across from Radio City Music Hall on Sixth Avenue’s prime office corridor. It will be the third in New York and fourth in the United States for Avra, which first built is high powered clientele at two locations along East 48th and East 60th Streets, as well its paparazzi hot spot in Beverly Hills.

The restaurant  – co-owned by Nick Tsoulos, Nick Pashalis, Marc Packer and TAO Group – had been in talks to take the space for several month and pulling the trigger on the deal during the pandemic was a “demonstration of its belief in the resiliency of New York and in the uniqueness of the space in 1271 Avenue of the Americas,” according to Eric Gelber, executive vice president of CBRE’s Tri-State Retail Services Group, who brokered the deal on behalf of Rockefeller.

Gelber added, “Avra was being pursued by many of our competitors for other locations in Manhattan, and we are thrilled that they recognized the benefits of 1271 Avenue of the Americas and elected to lease space in the building. “

1271 Avenue of the Americas, which was originally completed in 1959 as the headquarters of Time Inc., is nearing completion of a six-year, $600 million redevelopment that has attracted new tenants including AIG, Bessemer Trust, Latham & Watkins and Major League Baseball.