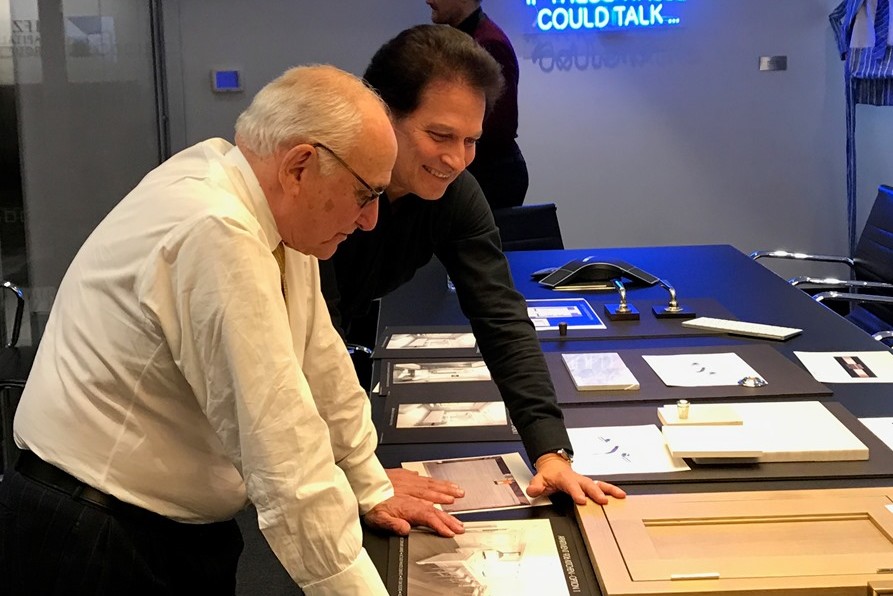 Robert Stern digging into his top drawer for Belnord transformation

Ziel Feldman, chairman and founder of HFZ Capital Group,  announced that HFZ will collaborate with Robert A.M. Stern Architects to design and execute the long-planned transformation of the historic Belnord into luxury condominiums.

“The Belnord has great bones and we’re giving it a top-drawer restoration, preserving its original charm, but with a few nips and tucks for security and accessibility already approved by the Landmarks Preservation Commission; creating a new fitness center; and then transforming the apartments to suit 21st-century living,” said Stern.

The limestone-and-brick Italian Renaissance building, originally completed in 1908, occupies a full square block on the east side of Broadway between West 86th and West 87th  Streets. Together, HFZ and Stern will transform 95 of the rental apartments at The Belnord to luxury condos. The property will be brought to the market in the third quarter of 2017. BP Architects is executive architect for the project.

HFZ is currently managing or bringing to market over six million square feet of mixed use property in New York City offering 2,500 residential units, in addition to multiple endeavors nationwide.

The selection of Robert A.M. Stern Architects for the Belnord comes on the heels of HFZ’s recent work with other noted architects including David Chipperfield in his first residential commission, The Bryant. HFZ also commissioned Thomas Juul-Hansen on a pair of boutique properties showcasing the first buildings he has designed both inside and out: 505 West 19th Street and 11 Beach.

The Belnord is HFZ’s second full square block development in Manhattan underway this year. The firm is also developing The Eleventh, a full square block mixed-use property at 76 11th Avenue, with Bjarke Ingels Group as architect and featuring luxury condominiums, the nation’s first Six Senses hotel as well as a park, spa and retail space.

The Belnord, originally designed in 1908 by Hiss and Weekes, is a 14-story property that offered more than 200 residences surrounding a landscaped garden entered through a porte-cochere. Designated a New York City landmark in 1966, the Belnord was added to the National Register of Historic Places in 1980.

Robert A.M. Stern Architects is internationally recognized for its expertise in the design of apartment buildings, including in New York the record-setting 15 Central Park West for Zeckendorf Development, 220 Central Park West for Vornado, The Chatham and Superior Ink for Related, and 30 Park Place for Silverstein Properties.

“We have a long history of success with thoughtful conversions that preserve and enhance irreplaceable pre-war structures, especially the magnificent properties that are the very fabric of the Upper West Side,” said Feldman, noting the firm’s experience with properties such as the Chatsworth at 344 West 72nd Street, The Astor at 235 West 75th Street and The Marquand at 11 East 68th Street in collaboration with design firm Shelton, Mindel & Associates.

“Working with Bob Stern and his team at the Belnord ensures we will truly enrich the property and the experience of living in an historic building, blending the gracious early 20th Century era of design and space with every modern, elegant touch.”

“It is a privilege to be able to be part of the re-imagined Belnord, the grandest of New York’s turn-of-the-twentieth-century full square block courtyard buildings and a building I’ve long admired,” added Stern.