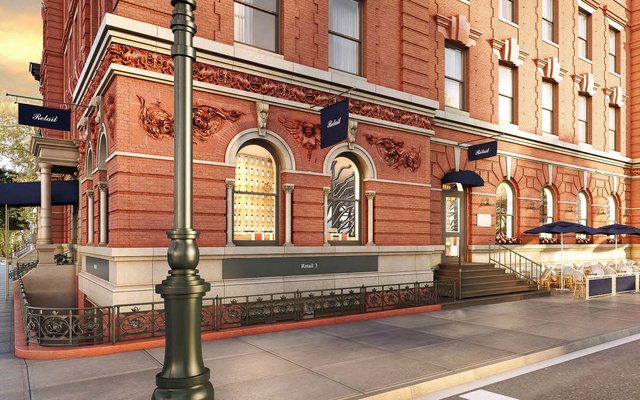 Eastern Consolidated has been retained to lease a two-story, 11,000 s/f retail space at the base of a luxury condominium building located on the corner of Columbus Avenue and 78th Street.

Offering over 100 feet of wraparound frontage, the retail condo at 380 Columbus Avenue, aka 101 West 78th Street, is fully vented and up to code for restaurant use. The site will be available for occupancy in the second quarter of 2017.

“This is an incredible corner location overlooking the Museum of Natural History, which attracts 5 million people annually and is one of the top 25 most popular museums in the world,” Cohen said.

“The foot traffic generated by visitors to the Museum residents of the Upper West Side make this space ideal for multiple uses including a restaurant, retail shop, or even a high-end apparel store that includes a coffee shop.”

The site also is near the entrance to the B and C subway lines and major retailers including Patagonia and Barneys.