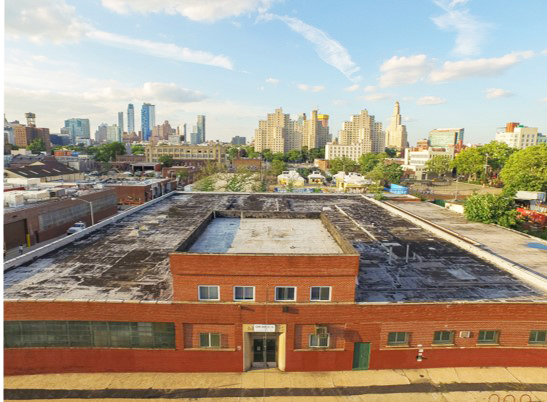 The Domain Companies is planning a new development at 545 Sackett Street in Gowanus.

The 42,000 s/f warehouse building is located int the area covered by the Bridging Gowanus community planning and land use process, an initiative led by Councilmember Brad Lander to create a “sustainable, livable, inclusive future” for the Gowanus area.

“545 Sackett is one of several projects Domain is planning in the Gowanus community,” said Matt Schwartz, Principal, The Domain Companies.

“The neighborhood’s unique character and blend of residential, industrial, and artistic uses are part of what makes New York such an incredible place to live and work. We’re excited to participate in the Bridging Gowanus process, and proud to join the community.”

Domain has worked in several rezoned neighborhoods throughout New York.

The Gowanus area has been increasingly drawing a considerable amount of retail and entertainment attention. Whole Foods’ 52,000 s/f supermarket opened in the spring of 2013 and is one of the most active Whole Foods in the country.

Much of Gowanus is currently zoned for commercial use only, which has helped spur creative re-positioning of former warehouse and manufacturing buildings.

TerraCRG brokered the sale of 545 Sackett Street for $26,500,000. The transaction was brokered by Dan Marks, partner, along with Ofer Cohen, founder and CEO, and Mike Hernandez, associate vice president and the rest of their team.
“This sale represents the continued strength of the Brooklyn market and especially the Gowanus sub-market,” said Marks, Partner.

ATS Realty Inc. was the seller of the property and they have retained TerraCRG to market for sale another
property they own on the block.

For several years, parts of the Gowanus area have been on the cusp of residential rezoning.

Recently, local councilman Brad Lander has restarted the zoning plan with the community and city planning.

Among many proposed changes, a “mandatory mixed-use zone” in the current Industrial Ombudsman Area, in which 545 Sackett is located.

The Domain Companies was founded by Matt Schwartz and Chris Papamichael in 2004 and has been invovled in the development of over $1 billion in mixed-use real estate.