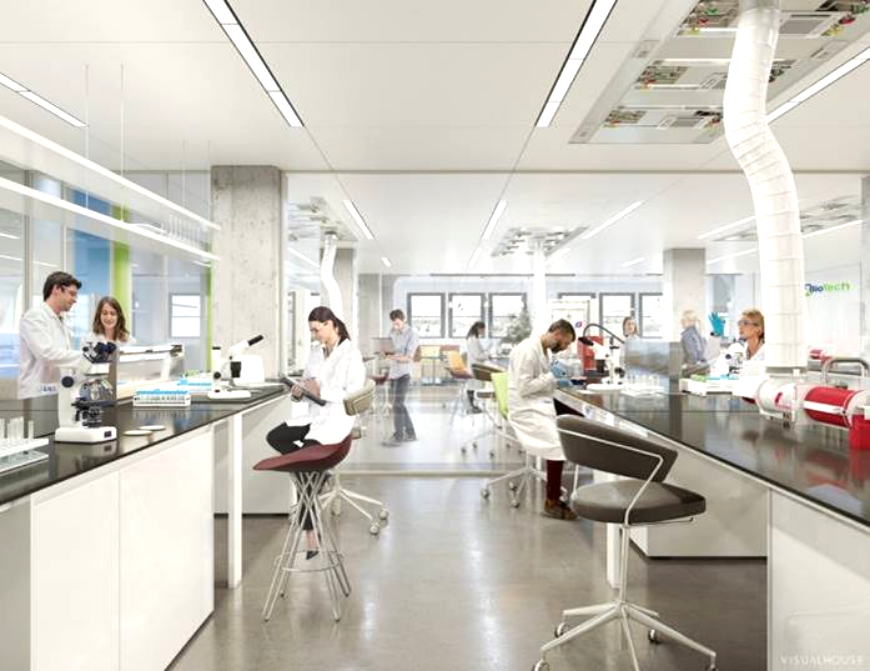 The development of The Hudson Research Center aligns with the city’s ongoing initiatives to expand Manhattan’s life sciences sector in an effort to compete with industry-leading cities such as Boston and San Francisco.

HiberCell is a New York City-based biotechnology company that is the first of its kind to focus on dormant disseminated tumor cells (DTCs) and their role in cancer relapse. After securing over $60 million in Series A funding, the company is developing a pipeline of therapies to treat DTCs from solid and liquid cancers.

“To address the strong demand from early stage research companies, Taconic and Silverstein have developed a concept for plug-and-play wet labs and collaborative office environments that can be easily adapted by tenants to meet their specialized research needs,” said Matthew Weir, Senior Vice President at Taconic.

“This model was successful at attracting HiberCell, an exciting new venture with research coming out of a NYC-based academic institution. We are thrilled to have HiberCell as a key tenant within the growing hub at The Hudson Research Center and look forward to supporting their research efforts.” HiberCell’s investment syndicate was led by ARCH Venture Partners and other investment firms. Taconic and

Silverstein have also announced the launch of Phase II of construction which will include up to 100,000 s/f of additional wet lab and office spaces.