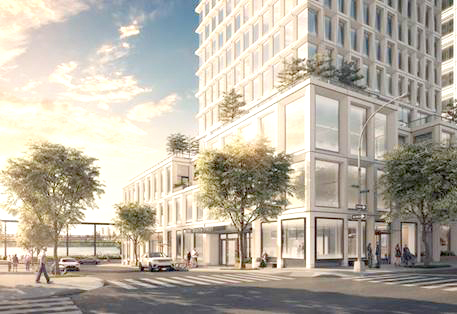 Two Trees Management announced that Other Half Brewing Company, a Brooklyn-based brewery, will open its third retail location at 1 South First, the second mixed-use building to open at the Domino Sugar redevelopment site in Williamsburg.

1 South First is expected to open at the end of 2019 and will feature additional local retail including pizza restaurant, Roberta’s.
Other Half will take 3,600 s/f located at the corner of Grand Street and Kent Avenue.

“We’ve been incredibly intentional about the independent, Brooklyn-born food retailers coming to Domino and the Other Half Brewery will be a terrific addition to Williamsburg,” said Jed Walentas, CEO of Two Trees Management.

“With Domino Park just outside the Brewery and Roberta’s right next door, 1 South First will be a premier destination along Grand Street, which continues
to emerge as a cultural and food destination in Brooklyn.”

Brooklyn once produced nearly a tenth of the nation’s beer and produced around two-thirds of local consumption.

ON THE SCENE: Charter tries its hand leasing Walmart Plaza in CT

Time and space running out for Harlem churches