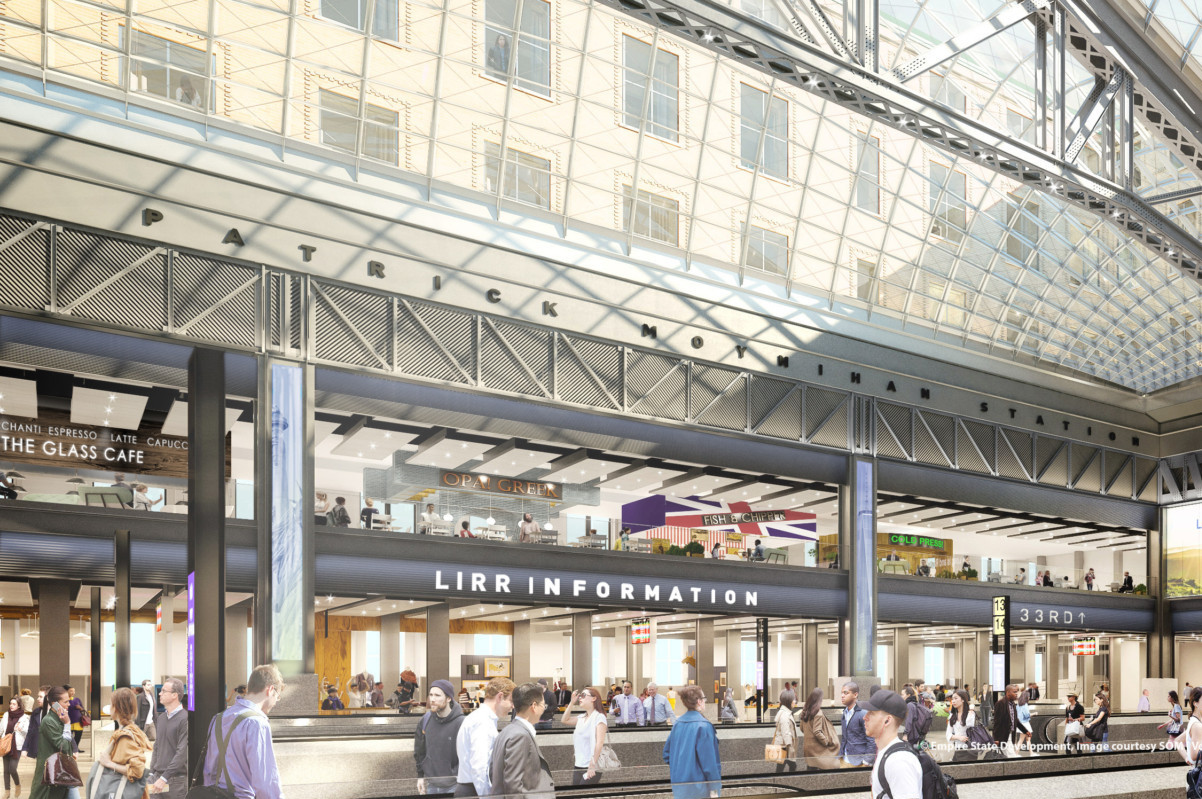 Vornado Realty Trust and Related Companies have completed a 99-year lease for the commercial space at the James A. Farley Post Office Building.

The joint venture, which closed the deal with Empire State Development, will develop 850,000 s/f of commercial space in the property. This includes 730,000 s/f of office space for “creative class” tenants and 120,000 s/f of retail space.

According to Vornado, the joint venture has already made a $203 million upfront contribution to the Farley Post Office Building project. The redevelopment will create the new Moynihan Train Hall, which will have a retail concourse connecting Penn Station to 9th Avenue and Hudson Yards. Once it’s completed, the Moynihan Train Hall is expected to increase Penn Station’s total concourse space by more than 50 percent. It will also contain a 255,000 s/f train hall for Long Island Rail Road and Amtrak passengers.

The project recently moved forward with Governor Andrew Cuomo announcing a $1.6 billion financing agreement for the project. The biggest contribution will come from Related, Vornado and Skanska USA.  The three firms won the bid for the project in September of last year. The Related-Vornado partnership has a design-build contract with Skanska.

The three firms will cover $630 million of the project’s total cost. Meanwhile, the state will cover $550 million. The last tranche of funds, which comes to $420 million, will come from the MTA, the Port Authority and federal grants.

“Fifty years after the loss of the original Penn Station structure, passengers will once again experience a world-class rail hub worthy of New York,” Cuomo said. “The Farley Building’s Moynihan Train Hall is two decades in the making, and we are proud that this project is finally a reality. With better access to trains and subways and state-of-the-art infrastructure, the Moynihan Train Hall seamlessly joins history, architectural design and function, bringing the nation’s busiest rail station into the 21st century.”

Cuomo referred to the demolition of the original Penn Station, which lasted from 1963 to 1966. The demolition generated outrage, leading to the creation of the Landmarks Preservation Commission. The Moynihan Train Hall was named after the late Senator Patrick Moynihan, who conceived the project more than 25 years ago. The plan to redevelop has had false starts over the past two decades as potential office deals failed to materialize. The redesigned train hall is scheduled to be complete by the end of 2020.