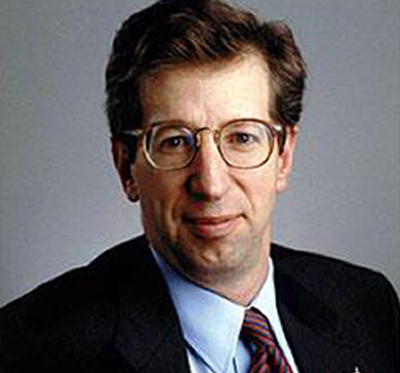 A year after Bill de Blasio won the mayoral election with a promise of reducing inequality, New York City is caught in a heated debate over the benefits of luxury pied-a-terres.

According to their proponents, wealthy pied-a-terre owners literally embody the best of trickle-down economics.

By spending millions on penthouses in high-rise new developments, they effectively subsidize affordable units on lower floors and generate taxes by making construction profitable in the first place.

To its detractors, pied-a-terres embody the worst of a welfare state for the rich.

Billionaires able to spend a fortune on local apartments often reap the benefits of publicly subsidized new construction and enjoy the public services that make this city great and safe — without having to pay a penny for it.

Unlike permanent residents, most pied-a-terre owners are not subject to the city’s income tax.

The long-simmering debate recently took on a degree of urgency when State Senator Brad Hoylman proposed a citywide pied-a-terre tax. But while some economists and public advocates endorsed his proposal, the real estate industry has almost unanimously come out against it.

“REBNY is vigorously opposed to this proposal and will continue to express our serious concerns to the appropriate officials about the impact of this proposal on our industry and our city,” REBNY president Steven Spinola wrote in a recent column in Real Estate Weekly.

“This proposal has had an immediate, direct, and negative impact on the residential sales market. In the few days since it was first proposed, we have received calls about sales that have been put on hold and threatened not to close as a result of the announcement of this proposal. Similarly, new developments currently in the pre-development stage are being delayed as builders weigh the impact of this proposal.”

Should the measure pass, owners of second homes within the city’s limits — including those whose main residence is also in New York City — would be subject to a sliding scale tariff if the residence is worth north of $5 million.

Homes just squeaking into taxable territory will cost owners a recurring .05 percent of the property’s worth, while on the higher end of the spectrum, properties that are valued at $25 million or more would generate a four percent annual tax.

As of this fall, more than 1,550 non-primary residences eclipse the minimum taxable requirements.

The revenue generated from the tax would theoretically pump hundreds of millions of dollars into the city’s coffers, but as Jonathan J. Miller, president/CEO of the Miller Samuel Inc. real estate appraisal firm points out, the plan may generate collateral damage as well.

“The administration kind of walks a fine line between generating revenue from this tax and maintaining the revenue generated from the construction activity from these new development projects,” Miller said.

Calling out-of-town interest in secondary housing a “key driver for the new development boom that the city is currently enjoying,” Miller touted the value that luxury property owners bring the city’s developers, investors and other real estate players.

“The current state of activity is going to be impacted by this to a certain degree,” said Miller, who estimates that pied-a-terre residences constitute about one third of the $5 million and above market.

“I think what you do is, you take people that were on the margin and remove them from the market,” he continued.

John Boyd, Jr. principal at The Boyd Company Inc., argues that the tax would be a drag on new development.

Rudin claimed that many pied-a-terre owners are CEOs of firms with offices in the city, and whose presence is important for job growth. “If you dig deeper, it’s a little bit more significant for the well-being of our city,” he added.

At the same conference, Extell’s Gary Barnett, developer of the Midtown luxury tower One57, argued that pied-a-terre owners not only create jobs and generate millions of dollars in taxes by driving demand for residential construction, but also end up spending money in the city.

While executives interviewed for this article unanimously opposed a pied-a-terre tax, some conceded that a tax could be designed in a way that’s less damaging to the city’s economy.

“It depends on how much the tax is going to be,” said Miller suggesting that there are ways to perfect the strategy and maximize its revenue-generating potential.

“One of the things that was thrown into this idea is that this is recurring, this is not a one time, this is an annual tax,” he said while suggesting that a one-time fee may be more advisable.

Jason Karadus, a broker at TOWN Residential, agreed, saying that the correct path was likely “somewhere in the middle” but that “an annual tax is definitely not the answer.”

Either way, Karadus doesn’t see a pied-a-terre tax stopping the influx of foreign money any time soon. “I think that there will always be a lot of foreign interest in Manhattan,” he said.

The chairman of retail leasing and sales at Douglas Elliman said, “Similar taxes certainly have not hurt retail in other world capitals, such as London and Paris.

“There could be a slight effect because a tax could scare off some of the wealthy. But the ultra-wealthy will still buy homes here, and everyone will still find a way to shop here. We simply have too much to ignore. Others will come in, and make up the difference.

“I’m not saying it will have no effect, but I’m confident that New York still remains a healthy retail investment.ˮ