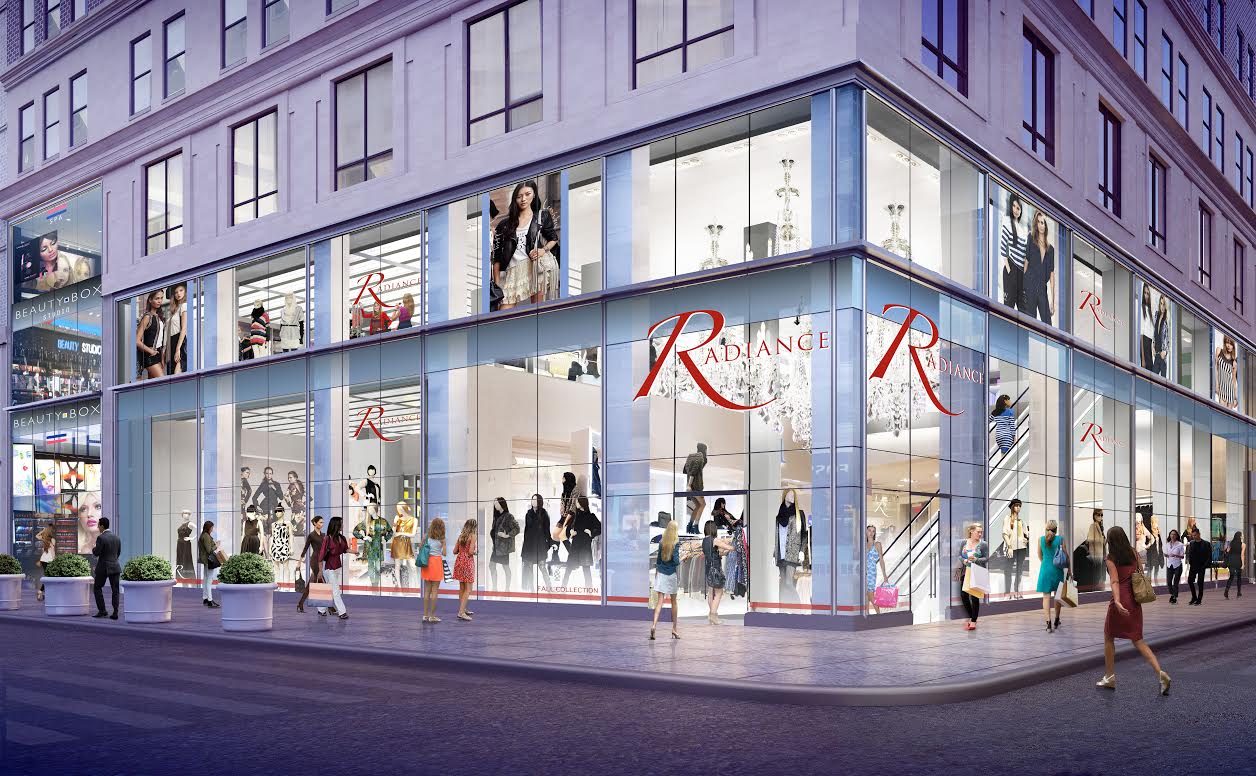 The Moinian Group is making a big push for its prime retail on Fifth Avenue, after a revitalizing and renovating the multi-level spaces.

In the midst of one of Manhattan’s busiest retail corridors, Moinian’s building at 535-545 Fifth Avenue has just finished a redesign by architectural firm Gensler and the company is marketing its multi-level retail spaces, looking for top retailers. “We’ve got a hit list of tenants we think are appropriate for the building and we know they’re looking on Fifth Avenue,” said Karen Bellantoni, who is part of an RKF team that is marketing the remaining 60,000 s/f of available retail space at the building. Those on the list include “fashion and lifestyle” stores.

“We still imagine it as being a flagship tenant, but there’s been a lot of interest in taking just a portion of the interior, or just taking the corner,” said Bellantoni.
Another of the spaces is 547 Fifth Avenue, which Bellantoni described as a “sort of townhouse building,” has 2,575 s/f on the ground floor. The second floor has a 2,660 s/f space while the lower level is 3,555 s/f, with a mezzanine of 2,0003 s/f.

“It has a great glass front,” she said. “We’re thinking more of a boutique cosmetics or jewelry retailer for that space, those kinds of users. There are not a lot of 2,000 s/f spaces.”
Average asking rents in the area of Fifth Avenue go for around $1,000 p/s/f, while second-floor spaces go for around $250 p/s/f, said Bellantoni.
The renovation of the Moinian-owned buildings included both lobbies and a new exterior façade from the ground floor to the third floor. All in all, the renovation program total around $40 million, said Mitchell Moinian of the Moinian Group.

“We’re very firm believers in this part of Fifth Avenue,” said Moinian. “Of course, Upper Fifth Avenue is one of the most special places on the planet.”
In addition to retail, commercial tenants in 535-545 Fifth Avenue include tenants in the fashion industry, finance companies, and tech tenants. Travel website Orbitz.com just signed a deal at the property for a few thousand square feet, said Moinian.

Moinian said they are looking for “household universal names” from the fashion sector, big brands, and even non-traditional retailers, like the building’s most recent retail tenant, the National Basketball Association (NBA) store.
“Even though NBA is one of the biggest brands in the world, they won’t have any store in the planet except the Fifth Avenue store,” he said.
The company announced earlier this month that the NBA had taken a 24,000 s/f space at 545 Fifth Avenue.

“I think tenants that will come, and that are highly interested today, will end up with deals that will not only benefit from millions of tourists to the NBA store but the near future of the block,” said Moinian.