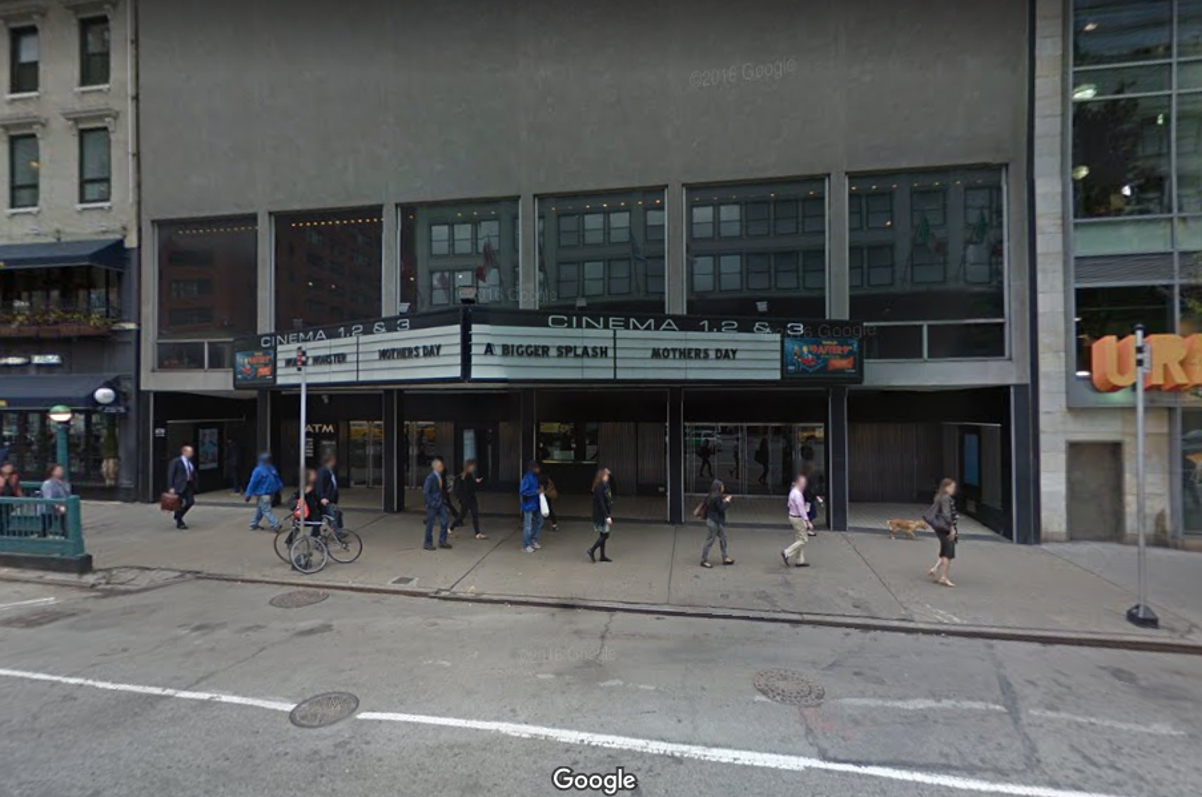 Reading International and restaurateurs Nick Tsoulos and Nick Pashalis are partnering to redevelop an Upper East Side site that contains a movie theater and an upscale Greek restaurant.

The adjacent properties, which are located at 1001 Third Avenue and 200 East 60th Street, currently houses City Cinemas 123 and Anassa Taverna. The joint venture plans to build a 130,000 s/f mixed-use building at the site. The parties recently completed a feasibility study, and are exploring the possibility of redeveloping the site as a hotel or retail outlet.

Reading, which is based in Los Angeles, owns and operates movie theaters under the City Cinemas and Angelika Film Center brands. The project is not the company’s first in New York City. It is currently redeveloping the landmarked Tammany Hall building at 44 Union Square. The company plans to turn the property into a six-story “destination” office and retail building with 73,322 s/f of space.

Tsoulos and Pashalis, meanwhile, are two of the co-founders of New York City restaurants Avra, Tao and Lavo. The two were also part of the team that opened Anassa Taverna.

“We are excited to have entered into this agreement with 260-264 LLC to develop another prime location in the heart of New York City. Nick Tsoulos and Nick Pashalis and the rest of the 260-264 LLC team are ideal partners, having developed Avra Estiatorio and Anassa Taverna, bringing elegance and expertise to every project they undertake. We look forward to creating a highly successful and unique mixed-use destination and continuing to build on Reading’s momentum,” said Margaret Cotter, Reading’s executive vice president for Real Estate Management and Development.

A spokesperson for Reading declined to provide information on whether the partnership has taken out loans for the redevelopment. The two firms have been exploring redevelopments on the site for years. In 2014, plans were filed to build a 14-story mixed-use building at 20 East 60th Street. Tsoulos’ Astoria Blvd. Realty LLC planned to construct a 71-key hotel with eight apartments. Reading International, on the other hand, filed plans to convert City Cinemas 123 into a two-story retail space in 2004.