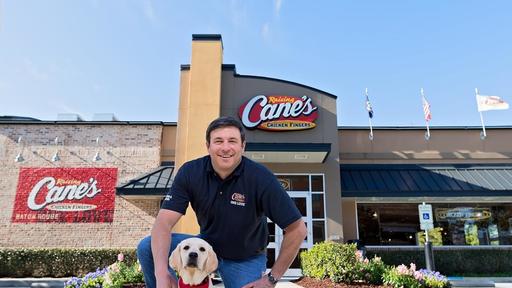 The retail real estate brokerage was named exclusive real estate representative for the fast-casual chain in central and northern New Jersey, and Staten Island, NY. With the exception of a single location in Massachusetts, the Baton Rouge, La.-headquartered chain has yet to break into the Northeast.

“We are thrilled to be a part of this important, community-minded brand’s expansion into New Jersey and New York,” said R.J. Brunelli principal Danielle Brunelli, who will lead an account team that also includes Ron DeLuca, Mario Brunelli and Pete Nicholson.

Raising Cane’s specifications for the metro New Jersey/New York market call for sites of one acre or more to accommodate a building of 3,500 to 4,000 s/f with a double drive-thru, and parking for 30 to 40 or more cars.

The company’s story is one of resilience. Graves’ initial business plan for the concept was presented in a business course, where he promptly earned the lowest grade in the class. Undeterred, he donned a cheap suit and picked up a weathered briefcase to lure investors in, but time after time, was told the same thing: “Serving only chicken finger meals just won’t work.”

To make his dream a reality, Graves worked as a boilermaker in California and a Sockeye salmon fisherman in Alaska, to earn money to open the first location in Baton Rouge. He renovated the building himself and opened the doors in 1996.

As that single location morphed into a multi-state and multi-national operation, CEO Graves netted a slew on honors, including Ernst & Young Entrepreneur of the Year,  the SCORE Award for Outstanding Socially Progressive Business, Restauranteur of the Year by the Louisiana Restaurant Association, and Louisianan of the Year by Louisiana Life. He was also one of four restaurant company CEOs recognized on Glassdoor’s Top 100 CEOs of 2019.

“The company’s commitment to its employees and communities was personified during the current pandemic,” Brunelli noted. “They didn’t let go of one person during COVID and instead gave back to their communities, helping people get through the pandemic.”