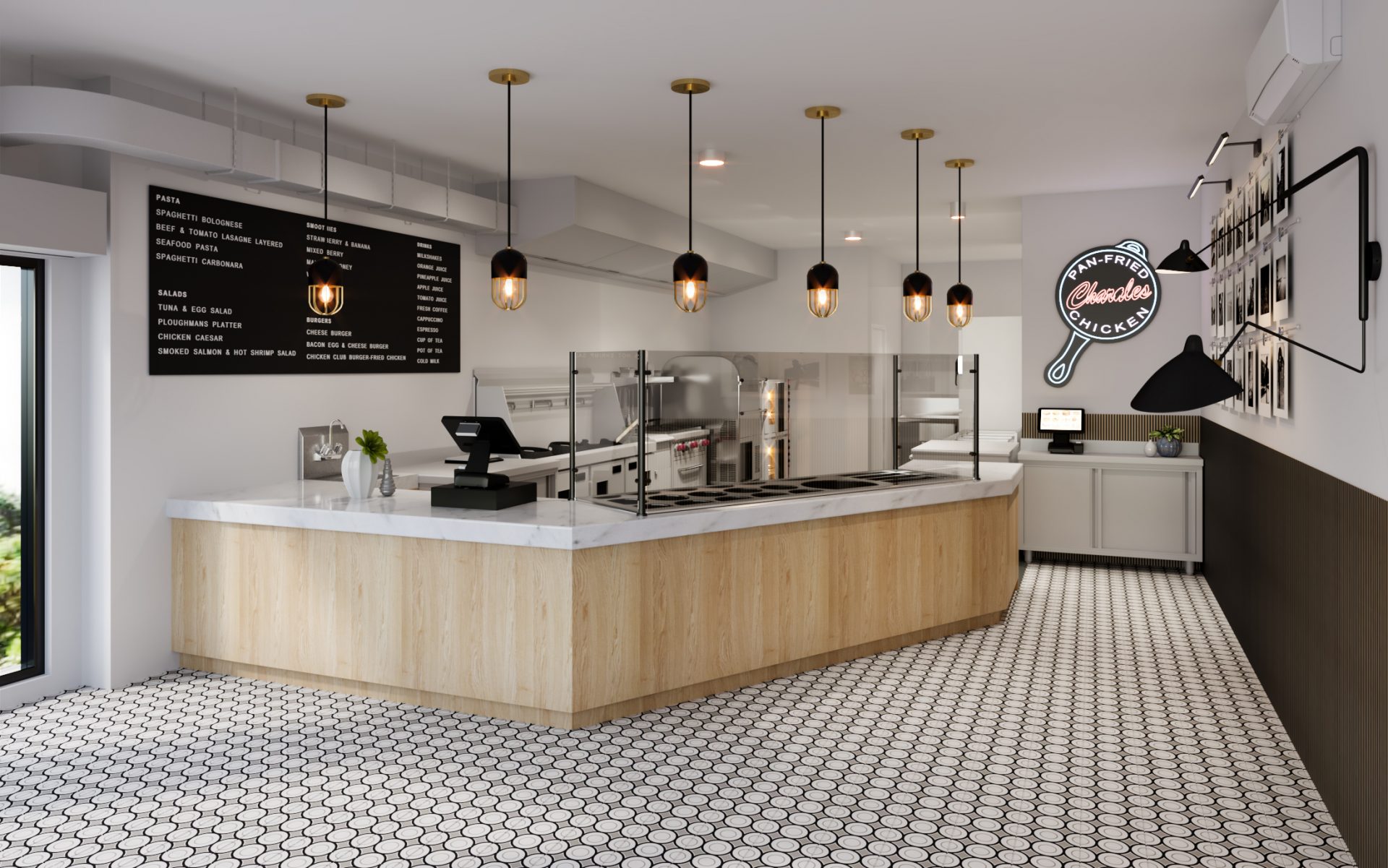 The new space (pictured top) expected to open this summer, will be the restaurant’s largest location to date, in addition to a 555 s/f cellar for food storage. L+M’s leasing team brokered the deal in-house, while Albert Halawani for Kassin Sabbagh Realty represented the restaurant.

Charles Pan-Fried Chicken, a restaurant founded more than 30 years ago by Charles Gabriel, has become a Harlem favorite, known for its authentic Southern cuisine at affordable prices. Gabriel started cooking at a table in the park before opening a food truck and then a restaurant on 151st Street in 1984, later moving to 2461 Frederick Douglass Boulevard at 132nd Street.

“We are excited to welcome beloved New York City institution Charles Pan-Fried Chicken to a brand-new space in the heart of a historic Harlem neighborhood,” said Joseph Milone, Director of Retail at L+M Development Partners. “His old-school skillet-fried chicken has drawn long lines for years and this new space will bring the iconic soul food to even more New Yorkers.”

The new Harlem storefront is one of several locations Gabriel is planning, according to NY Magazine. The chef is opening a new location at 144-146 W 72nd Street on the Upper West Side and is “zeroing in on a location in Brooklyn near Barclays Center. “We’re gonna open up maybe five,” Gabriel told the magazine.

The bigger W145th Street space will allow the restaurant to offer more pickup and delivery options.

Studio Parallel Arch+Design, a Brooklyn-based full-service architecture and design firm, was brought on to design the restaurant concept that blends Charles’s home cooking style with a streamlined takeout and delivery service. The new space will feature a large kitchen, an ordering counter, and indoor seating, along with the option for outdoor dining.

Located in the historic Sugar Hill district in Harlem next to Jackie Robinson Park, the restaurant is a block from the A/C and B/D trains at the 145th Street and a quick walk to the 1 and 3 trains, as well as multiple bus routes.

One of 12 brothers and eight sisters born and raised in Charlotte, North Carolina, Gabriel grew up cooking fried chicken, biscuits, rice and gravy with his family. Upon moving to New York in 1965 at 20 years old, Gabriel has been bringing this southern-style cooking to New Yorkers ever since.