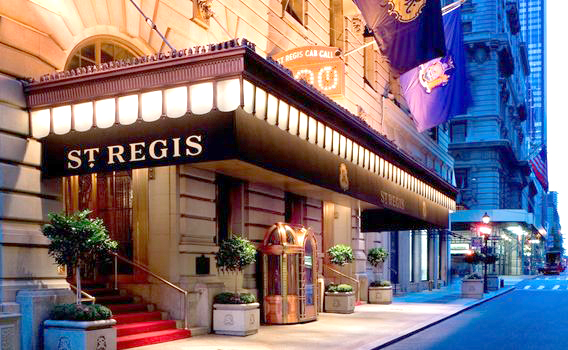 In an SEC filing, Marriott said it will continue to operate the hotel under a long-term management agreement with QIA.

Located on Fifth Avenue, the property is comprised of 229 guest rooms and seven residential suite units that account for nine additional rooms. The sale is part of Marriot’s “asset-light” operational model that has seen the chain divest hard assets in favor of licensing and management fees.

Qatar’s sovereign wealth fund has reportedly been eyeing the hotel since Marriot bought it as part of its $13.6 billion purchase of Starwood Hotels & Resorts Worldwide in 2016. It already scooped up the St. Regis San Francisco as part of its own $35 billion push into the United States which has seen it grow to become one of New York City’s biggest commercial real estate owners.

As well as the Plaza Hotel, it owns as a stake in Empire State Realty Trust REIT, which controls the Empire State Building, a portfolio of Fifth Avenue and Times Square retail worth over $5.56 billion that it purchased from Vornado.

Last month, it acquired the 270-room W New York-Union Square for $206 million and said it would sell the property following a renovation and repositioning. It has struck a similar deal with the board of Elegant Hotels Group, which owns and operates seven hotels on Barbados.

Earlier in the year, it re-sold the Charlotte Marriott City Center in North Carolina after giving it a $40 million overhaul.