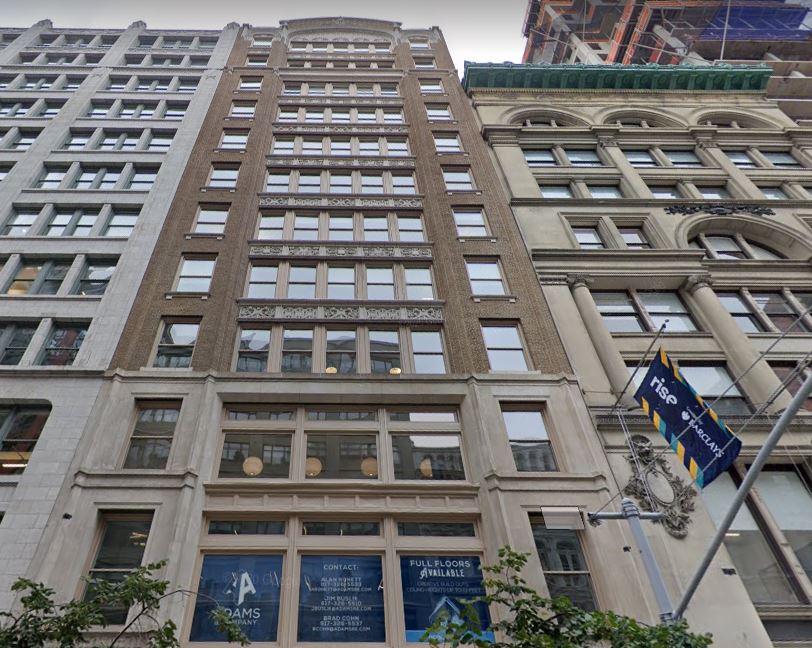 Publishers weekly will relocate from nearby 71 West 23rd Street to occupy 5,594 s/f across the entire ninth floor at under a 10-year lease.

“The recent transactions we were able to execute at 49 West 23rd Street are all from new, forward-thinking companies coming to the building, which serves as proof of the neighborhood’s resiliency,” said Jim Buslik, Principal of Adams & Co.

“Combining the prime Flatiron District location with the building’s recent renovations has increased traffic and we are confident we will continue to see a positive uptick in office return to the city.”

Located between Fifth and Sixth Avenue, 49 West 23rd Street was built in 1916 and consists of 12 floors. The building is one of three attached buildings creating the Adams & Company’s 23rd Street Complex. The office tower underwent lobby renovations in 2019 and features brand new prebuilt spaces. Ideally located in the heart of Flatiron District, tenants are in walking distance to the F, N, R 1, 2, and PATH transit.

Apollo says it may join $8.6B bid for UK supermarket chain