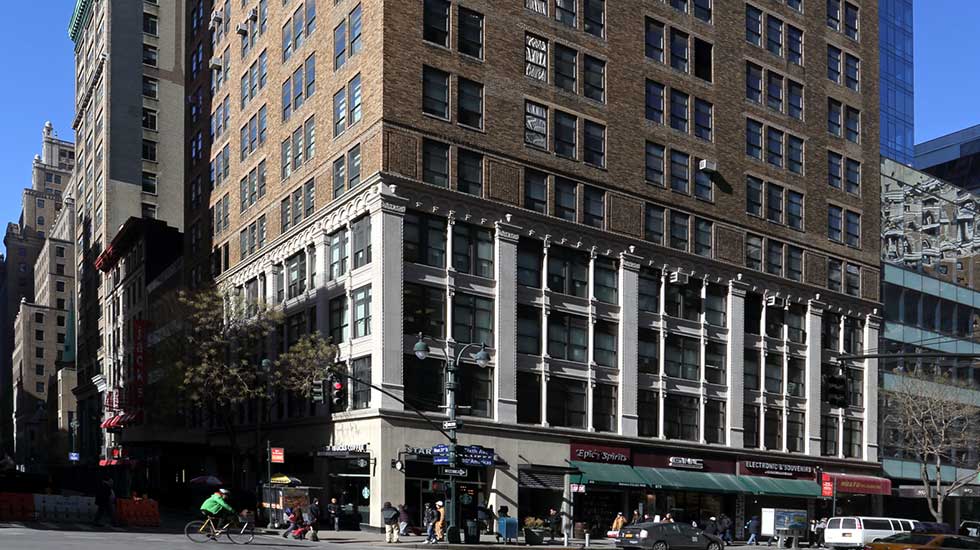 The City University of New York (CUNY) has renewed its 23,000 s/f office lease at 875 Sixth Avenue for another five years.

A tenant in the building for the past 20 years, CUNY is among several tenants to renew or relocated to the property in the last six months.

The southeast corner of the building, which is owned by Old & New 875 LLC, showcases a recently completed pop-abstract style mural by ASVP that wraps around the entrance to a Starbucks on the ground floor.

“During the pandemic, ownership was very proactive in working with and accommodating tenants to help them manage through this very tough time,” said Someck. “We were fortunate to have tenants that were also looking to expand and make long-term commitments. That is a testament to the ownership, quality of the building and continued building upgrades as well as the quality of the existing tenants and new tenants we attracted.”

At 25 stories and 248,000 square feet, 875 Sixth Avenue has full- and partial-floor space available for lease, with spaces ranging from 6,000 to more than 11,000 square feet. The building is within walking distance of Penn Station, numerous restaurants, shopping and hotels, along with convenient access to the A, D, F, N and R subway lines as well as the PATH. The building was recently renovated with a new lobby and elevators. Asking rents range from $50 to $60 per square foot.