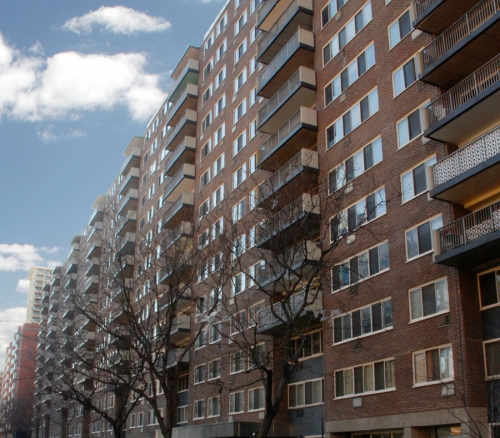 Les Petits Sourires, an English-French bilingual preschool program, has taken the retail space at Upper West Side apartment building Stonehenge Village. The school, which promises “a children’s education program with a French twist,” signed a lease for 1,450 s/f of space in the building.

“Through words, songs, and stories, we will provide students with opportunities for cross-cultural enrichment to gain a better understanding of French and American culture,” said Rose Hanson, the school’s founder.

Stonehenge Village, located at 120 West 97th Street near Amsterdam Avenue, is made up three buildings and contains 417 apartment units. Two years ago, the building generated controversy after its owner, Stonehenge NYC, barred rent-stabilized tenants from using the 1,000 s/f fitness center in the complex. According to a previous report from the New York Post, 60 percent of the residents in the towers were in rent-stabilized units. The complex used to be part of the Mitchell-Lama program.

Les Petits Sourires is set to open in January 2017. The school, which described its approach as having an “intimate child-central focus,” will accept less than 25 children. Michael Dubin of Savitt Partners represented the landlord in the transaction.