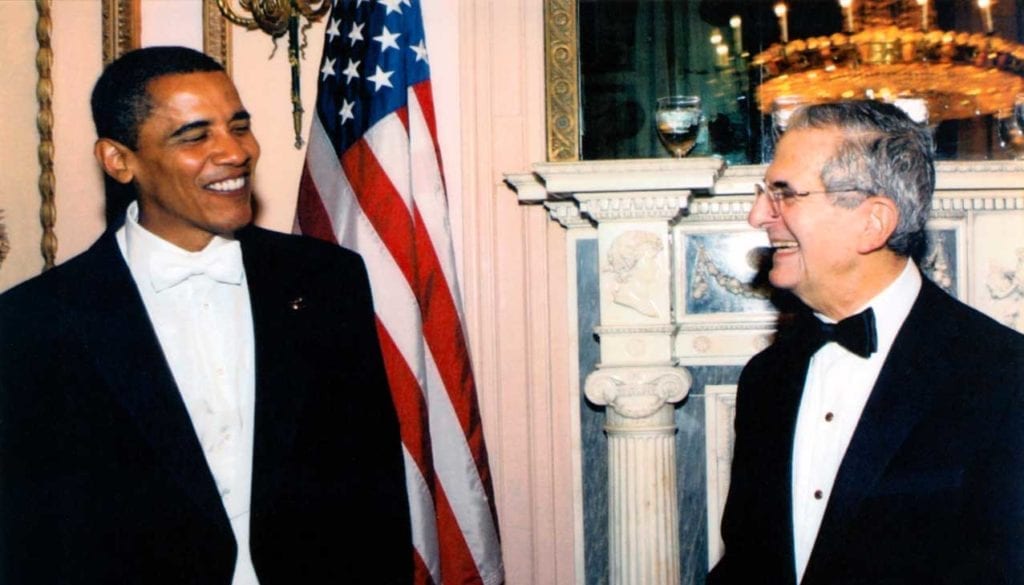 Howard J. Rubenstein, the New York public relations guru whose firm represented some of the city’s leading real estate players, died today at the age of 88.

Dubbed “the dean of damage control” by former Mayor Rudy Giuliani, Mr Rubenstein began his public relations firm from his parents’ kitchen in Brooklyn and it grew to become the most influential organizations in the city, with clients including the New York Yankees, News Corporation, Columbia University, the New York Philharmonic, and The Metropolitan Opera, Sarah – Duchess of York and Rupert Murdoch.

Within the real estate arena, he represented leading dynasties, including family businesses led by Lew and Jack (and then Bill) Rudin, Larry Silverstein, Jerry and Rob Speyer, Burt and Jonathan Resnick, the Fishers and The Trumps.

Frank Marino, a business rival and colleague who built his own Marino PR agency, said, “Howard Rubenstein paved the way for many PR professionals to bypass the larger agency world and establish their own practices.

“Howard had a long, rich history in the business. In particular, he had a knack for handling the triumphs and the crises of some of the country’s biggest names with honor and integrity. He leaves behind an indelible legacy and my heartfelt condolences go out to his family.”

Mr Rubenstein grew up in a Jewish-American household in Bensonhurst, Brooklyn, on 74th St. near Bay Parkway with an older sister, June. His mother, Ada, an immigrant from Russia when she was nine, was a homemaker, and his father, Sam was a crime reporter for the Herald Tribune.

He graduated from Midwood High School in Brooklyn, and then from the University of Pennsylvania Phi Beta Kappa in 1953 with a degree in economics. He then attended Harvard Law School, but dropped out partway through the first semester.

He began writing press releases for a Brooklyn nursing home, the Menorah Home and Hospital for the Aged and Infirm, after his father introduced him to some officials at the home. Initially he worked out of his parents’ kitchen, but later moved out after his parents refused to answer the phone saying “Rubenstein Associates”.

Business grew quickly; as Rubenstein later said, “I was the only Democratic press agent in Brooklyn, so the politicians started coming to me.” He enrolled in St. John’s University Law School to take night classes, and graduated in 1959 first in his class. He then took a job as an assistant counsel to the House Judiciary Committee, but quit after six months.

Mr Rubinstein founded Rubenstein Associates in 1954 and it grew to become one of the most influential public relations organization in New York City. It has two affiliates: Rubenstein Public Relations and Rubenstein Communications, Inc.

In 1959, he married Amy Forman, whose family had purchased the Peter Luger Steak House in 1950. They had a daughter, Roni, and three sons, David, Richard and Steven (born 1969). Roni is a former district attorney. Richard is the president and owner of Rubenstein Public Relations. Steven heads Rubenstein Communications. Inc. and has Amazon.com as one of his clients.

In a statement issued this morning, Steve said, “My father loved his family, his work, this agency, our city, and of course, the New York Yankees.

“While I loved so much about him, what made him truly special was how he embraced the world with vigor, confidence, and optimism for what lay ahead. No matter how challenging the circumstances, his commitment to his family, the people he worked with, the tumult of the job, being part of a big story, and being part of helping our city were always on full display.

“My dad saw himself as a kid from Bensonhurst, a Harvard Law School dropout who had been afforded enormous opportunity in and by New York City. But that narrative understates how hard he worked to become one of the most sought-after counselors and advisors to leaders, businesses, and civic institutions. He helped to invent contemporary public relations, and made it his life’s passion to elevate it into an ethical and honorable profession. He was also a co-founder of the Association for a Better New York, which helped solve the City’s fiscal crisis in the 1970s. His mark has been felt around the world, but especially among the institutions, people, and edifices of his beloved New York.”

Steven added, “While today is a sad one, my father was never one to wallow. He would often say, ‘I always choose to walk on the sunny side of the street.’ And so while everyone who knew him will grieve, I know he would prefer we remember him by celebrating his life and by being joyful and optimistic in our lives and our work.”

G4 steps up with bridge loan for Bushwick brewery transformation