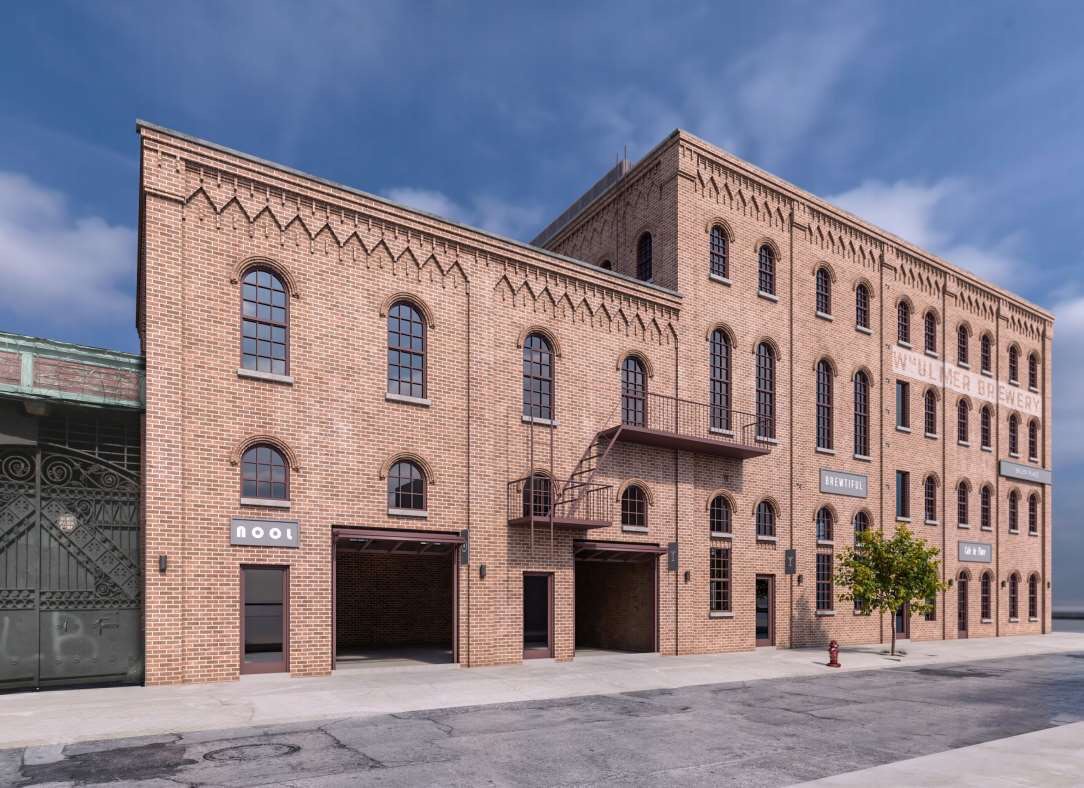 G4 steps up with bridge loan for Bushwick brewery transformation

Mission Capital announced that is has arranged $10 million in bridge financing for The Rivington Company and Hitos Urbanos’ redevelopment of the former William Ulmer Brewery in Bushwick.

G4 Capital Partners provided the funding for the project at 71-83 Beaver Street where the partners are creating a mixed-use office and retail property they believe will dovetail with post-COVID demand for open office space and sequestered social gatherings.

Travis Stabler, founder and principal of The Rivington Company, said the development is already attracting attention from potential users, including micro-breweries, bakeries, coffee roasters, spas, a theatre company, restaurant, nightclub and hotel operators, among others.

“These tenants intend to capitalize on the population growth and emergence of Bushwick as it continues its rapid transition to a 24/7 live/work community,” said Stabler. “Bushwick is a young neighborhood with a young population and we remain focused on executing this project with that demographic in mind.”

Mission Capital’s Jonathan More, Steven Buchwald, Lexington Henn arranged the new financing and, according to More, “G4’s keen understanding of construction and of the sponsor’s vision for the property was what drew them to provide the loan.”

“81 Beaver is well suited for a post-COVID environment,” added Buchwalk. “There will be an increased demand for social distancing within office class assets, and the large floor plates of the property work well for that. The windows are operable on both sides of the building and let in ample light. The short nature of the building is an advantage as many tenants may not want to use elevators and the sponsor has already received leasing interest for the lower level office floors.”

Stabler acquired the property for $14 million in 2018 and secured an $11.3 million acquisition loan from Ladder Capital. With that loan now due, More said, “The sponsor was keen on financing with a new lender who is savvy in construction lending that could bridge the opportunity as pre-leasing moves along steadily and who could upsize into a construction loan when ready.”

Once a four-building complex bounded by Belvidere, Beaver and Locust streets, the William Ulmer Brewery was one of over a dozen German-operated breweries that were built in Bushwick during the late 19th and early 20th centuries. It went out of business when Prohibition was introduced in 1920 and the Ulmer family continued to own and operate the property as an office building until 1952.

The main brew house, engine room and office at 71-83 Beaver Street were designated a New York City Landmark in 2010, becoming the first brewery in the city to receive this status. The remaining former stable house at 31 Belvidere Street became a private residence, currently listed for sale at $3.9 million by Compass agent, Nathan Horne.

Earlier this year, the Landmarks Preservation Commission approved Stabler’s plan for the adaptive reuse of the brewery buildings with a design by DXA studio to transform the obsolete property now scarred by graffiti and broken windows.

Work is set to start in the spring converting the brew house at 71-83 Beaver St. and the adjoining engine room and office at 35-43 Belvidere St. The reconfigured complex with the address 81 Beaver Street will be able to accommodate 10 or more commercial tenants at 60,000 s/f total. The site features four floors above grade and three floors below grade, with ceiling heights of 10 to 22 ft.

The buildings’ façade will be rehabilitated and the interiors will retain much of the original building fabric, including timber posts and cast iron columns. The approved plan includes the construction of a red copper clad penthouse, heritage-painted signage, restoration of the arched entryway, new double-hung windows to match the originals, oversized glass entryways and ground-floor folding windows for a future retail tenant.

Mission Capital’s Lexington Henn said, “The property is physically striking and full of character, with a brick façade, vaulted ceilings, and three levels of unique cellar space. The below grade floors have cavernous rooms with beautiful brick masonry, and the cellar boasts 22 ft. ceilings.

“These rare, historic physical characteristics are highly coveted by creative users and allow for spaces that are difficult to replicate elsewhere in the city.”