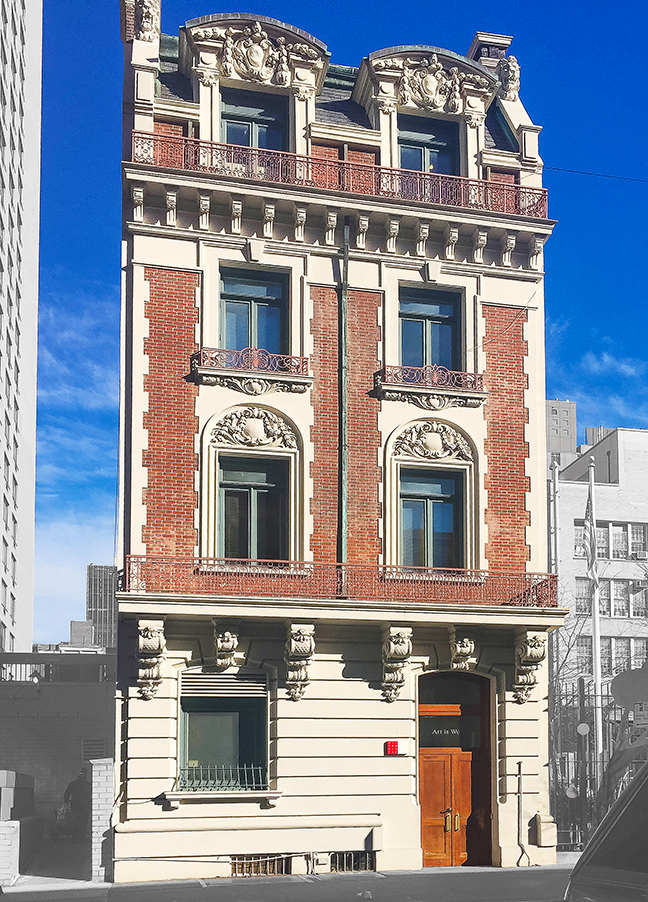 The NY Review of Books has acquired the former headquarters of celebrated graphic artist, Milton Glaser at 207 East 32nd Street.

Adelaide Polsinelli, vice chair at Compass, brokered the sale of the beaux-arts building that was built by the Tammany Hall Central Association in 1920, and later became the home of New York Magazine.

Among the most celebrated graphic artists in the United States, Milton Glaser, founder of New York Magazine, bought the property in 1965 and it was there that he created some of his most famous works, including the iconic “I ♥ NY” logo.

Mr Glaser died on his 91st birthday on June 26, 2020, in the midst of the coronavirus pandemic.

According to Polsinelli, she was retained by the artist in 2019 to sell the building and, despite the challenges posed by the pandemic, was able to identify potential buyers “who could feel the magic” of the property before the artist died.

She said, “By introducing nontraditional bidders to the sales process, I successfully found two who simply had to have the building. After a competitive bidding process, Milton chose the buyer who would continue the legacy of greatness that has always filled the space.”

Located between 2nd and 3rd Avenues in Kips Bay, the 9,000 s/f, four story boutique office building has a brick-and-limestone façade and is surrounded by open space, providing the light on all sides that was favored by the artist. Its ornate exterior includes a glass transom etched with “Art is Work” and it has stone lions on its mansard roof.

Originally priced at $12 million, Polsinelli credited “nimble and creative attorneys” for crafting a deal that satisfied all parties with a $7.5 million closing price, which equates to approximately $833 psf.

“The pandemic caused a reset in values,” said Polsinelli. “Having nimble and creative attorneys on both sides, made all the difference in facing the hurdles while crafting solutions to get the deal closed.”

Designed by architect Robert Lyons and built by the Tammany Central Association, the property was initially used as a magistrate court. Later, as the headquarters of New York Magazine, it would house some of America’s most influential writers, including Jimmy Breslin, Tom Wolfe and Gloria Steinem.

“207 East 32nd Street is an iconic building whose walls were filled with history and beauty,” noted Polsinelli. “This was a rare opportunity to continue the legacy of exceptional ownership of this iconic trophy.”

The estate of Mr Glaser was represented in the transaction by Charles S. Rich, of Rottenberg Lipman Rich, P.C.