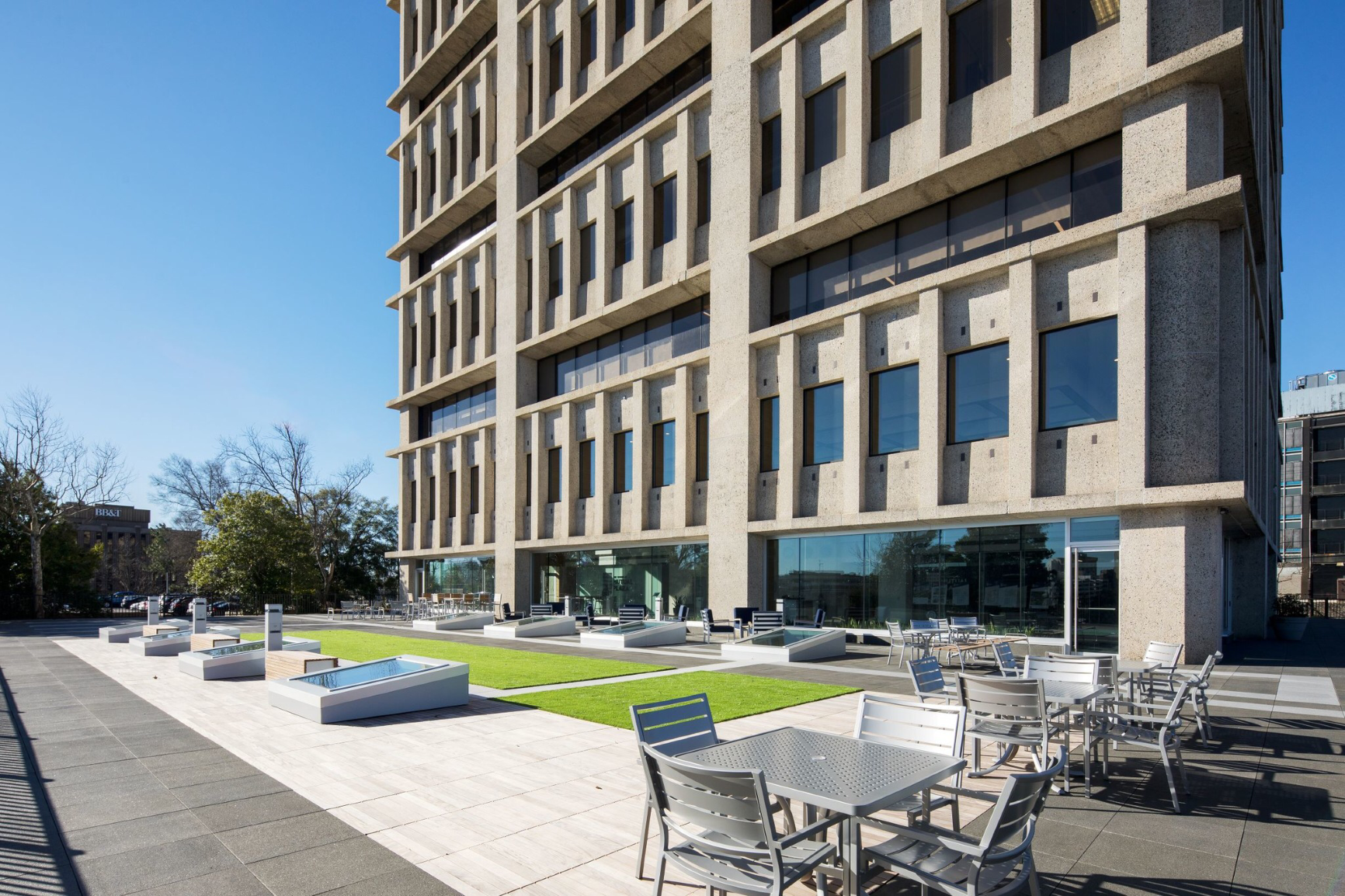 Turnbridge acquired the building after acquiring a subordinate interest in the property’s loan, which the borrower defaulted on in December 2019. The loan balance at the time of foreclosure was $37.2 million.

Turnbridge obtained debt financing from Knighthead Funding, LLC for the acquisition of the property.

The transaction represents the most recent in a number of active investments that Turnbridge has made across the Research Triangle in the past two years, including the firm’s acquisitions of The Creamery, in downtown Raleigh, and the Cary Towne Center mall, which is slated for redevelopment.

The Tower at Mutual Plaza, one of Durham’s most recognizable buildings and formerly the city’s tallest, previously served as the headquarters for North Carolina Mutual Life Insurance Company. Today, in addition to NC Mutual, the building is home to a mix of diverse public and private tenants, including Duke University, Duke Health, the Department of Veterans Affairs, and global architecture firm, Perkins and Will.

Prior ownership implemented an $11 million renovation of the property, largely focused on enhancing the property’s common areas, including extensive upgrades to the building’s lobby and exterior courtyard and façade. Turnbridge intends to utilize these recent improvements to enhance the leasing of the building’s remaining vacancy.

Originally built in the 1960s by NC Mutual, Mutual Plaza was recently designated by the City of Durham as a historic landmark for its significance as an illustration of African American entrepreneurship and socio-economic progress in the twentieth century, reflecting Durham’s rich history.

“Turnbridge is pleased to be the new owners of this iconic and historically significant building,” said Ryan Nelson, managing principal of Turnbridge. “We are big believers in the Research Triangle as a whole, and I couldn’t think of a better first investment in Durham. We’re eager to reintroduce the Tower at Mutual Plaza to the local market.”

“We are obviously strong believers in the Triangle’s resiliency,” said Jason Davis, managing director of Turnbridge. “The local economy is uniquely well-positioned to weather any downturns with its mix of governmental, educational, and private employers, including Durham’s thriving technology and life sciences sectors. We’re excited to bring fresh capital to the Tower at Mutual Plaza to reinvigorate the building.”

“We’ve built upon all of our prior experience and in New York City, Washington D.C., and Austin and tried to bring a similar level of quality in execution in the Raleigh-Durham market,” said Andrew Joblon, founder and managing principal of Turnbridge. “The growth prospects in this region are some of the best in country.”

Turnbridge recently unveiled its plans for Carolina Yards, the transformation of nearby Cary Towne Center into a four million-square-foot mixed-use, urban hub. In addition to Carolina Yards, Turnbridge is also planning a redevelopment of The Creamery building in Downtown Raleigh.