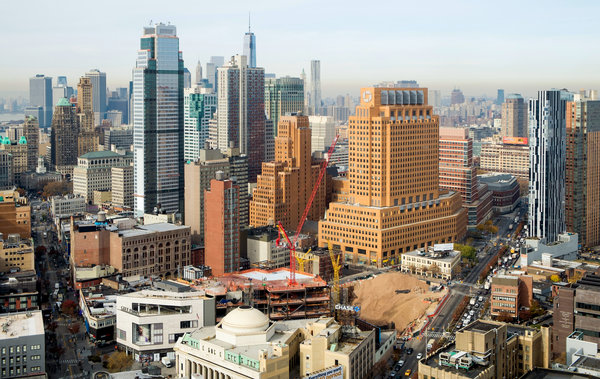 Planning chief has eye on boroughs

In 2016, New York City’s first zoning resolution marked its 100th year. Now, City Planning Commission director Marisa Lago is looking to start the next century of zoning with some ambitious plans for the outer boroughs.

Lago, who replaced Carl Weisbrod at the CPC four months ago, is a natural fit for the role.

Her resume is filled with jobs in public policy and real estate, including working in the Obama administration as assistant secretary for International Markets and Developments at the US Department of the Treasury, a stint as president and CEO of the Empire State Development Corporation, overseeing the redevelopment of Brooklyn Bridge Park and the Javits Center, and as chair of the Boston Redevelopment Authority.

At a ULI panel on zoning last week, she spoke about the history of zoning in New York City, and the most recent zoning plans the city is undertaking in Midtown East.

“The idea of this rezoning is to enable the development of Class A office space, and at the same time preserve the multiple beloved landmarks in greater East Midtown,” said Lago. “We can start with St. Patrick’s Cathedral, but also at the same time make sure that we have funding mechanisms to improve the area subways and the corporate realm.”

“The idea is that building owners can rebuild without having to come back to city planning for discretionary approval. But in return, they have to make contributions that go to pre-identified subway improvements that we know are needed, and also to public realm improvements in East Midtown.”

In light of Mayor de Blasio’s recent launch of the New York Works job plan, wherein the administration calls for creating 100,000 new jobs in the city over ten years through a series of 25 initiatives, Lago pointed out how zoning can function as a job creator.

“One of the themes in the job plan is to look at regional commercial centers in transit-rich areas outside of the core,ˮ said Lago.

“Any New Yorker would immediately think of two areas — Downtown Brooklyn and Long Island City, Queens. both have extraordinary mass transit. In both of these areas we have seen dramatic residential growth over the past ten years, so we feel these areas are primed now for commercial development.”

She pointed to the addition of the East River Ferry connecting Long Island City to the East side of Midtown.

Lago said the planning commission is working with private landowners who see opportunities to increase the supply of commercial space but also to take advantage of the fact that the communities of Downtown Brooklyn and Long Island City may lend themselves to mixed-use developments that mix in particular office space and light industrial space.

Lago touched on zoning and its effect on residential housing, calling the Mandatory Inclusionary Housing (MIH) law that the City passed last year a “groundbreaking” piece of legislation that has drawn interest from all over the world.

The City Council vote on MIH and ZQA last year was met with protest and scrutiny by some community organizations and residents, but Lago said zoning changes have always been a part of the city’s fabric.

“While New York City is entering its fifth century as a city, we have to recognize that the City is changing and it is always going to continue to change; it’s part of why we New Yorkers love our city so much,” she said. “But since zoning is the language of the physical city, the zoning resolution has to continue to evolve with the city.”