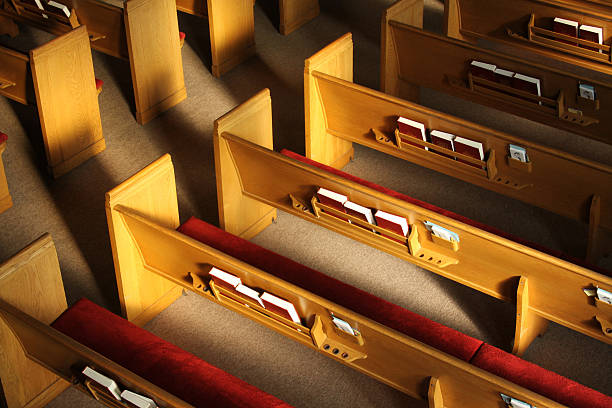 As New York City embraces massive mixed-use developments such as Hudson Yards, Essex Crossing, and Hunter’s Point South, one division of the real estate industry that is a very visible property owner is feeling left out — religion.

“When you think of religious institutions, organized religion is definitely on the wane,” said David Brown, the director of real estate for the Archdiocese of New York.

“The [church] buildings that New Yorkers see and enjoy in almost every neighborhood of the five boroughs were built at least 50 to 75 years ago, many even 100 to 125 yrs ago. There’s no building boom in religion.”

Brown noted one church being built on the Upper West Side, on 83rd Street between Columbus and Amsterdam, but the building is a low-rise, non-distinctive structure that looks like a school or community facility.

“The cost of land in these expensive neighborhoods would not permit you to build an old-style synagogue or church,” said Brown. “So there’s no real conflict in trying to build these things, people have resigned to building different types of buildings.”

But as the City has encouraged development on a large scale in places like the Far West Side where “live, work, play” is the tagline, worship has not seemed to be part of that idea.

“Surprisingly, those recently-planned huge communities — Hudson Yards fits the bill as well — there’s not room there for any religious house of worship,” said Brown. “We do recognize there are many people who would benefit, whatever religion, for providing space for people to have place of worship.”

That’s what the Archdiocese had in mind when they rented out a storefront from a large owner 35 years ago in Battery Park City, at the base of the Gateway Plaza rental complex. Over the years, the rent climbed to $80 to $90 psf, and the church now pays almost $300,000 a year for the space.

“We’re going to lose the church in Battery Park City,” said Brown, who added that there are no other houses of worship in the neighborhood. “Even though there’s a lot of people there, there’s not enough money to pay that.”

A local synagogue temporarily uses the Archdiocese’s storefront space during the high holidays, since their nearby space is even smaller.

Brown pointed out that Roosevelt Island, where the Cornell Tech campus — which includes dorms, office space, residential, restaurants and a hotel — is being developed, has one large church there but it is owned by the state, and there are no other planned places for worship.

“As we’re planning these large developments, and they’re obviously few and far between because land is at a premium, I think planners should be thinking about the entire spectrum of things that people might want day-to-day,” said Brown.

“We’re trying to get into Hudson Yards. Good luck, right?” he quipped. He said the “enormous” buildings wouldn’t be able to create a small chapel in the corner of a building. The process would be too complicated, the financing structures “ridiculously” complicated, and there’s too much money at stake.

“You’ll have to go out of your way to find a place, whatever your house of worship is,” said Brown of future Hudson Yards residents. “I think that’s definitely one thing that has been lost. I would say it’s incumbent upon each religious group to make themselves known.”

Planning chief has eye on boroughs

Jury out on tower fate in Iran cash scandal