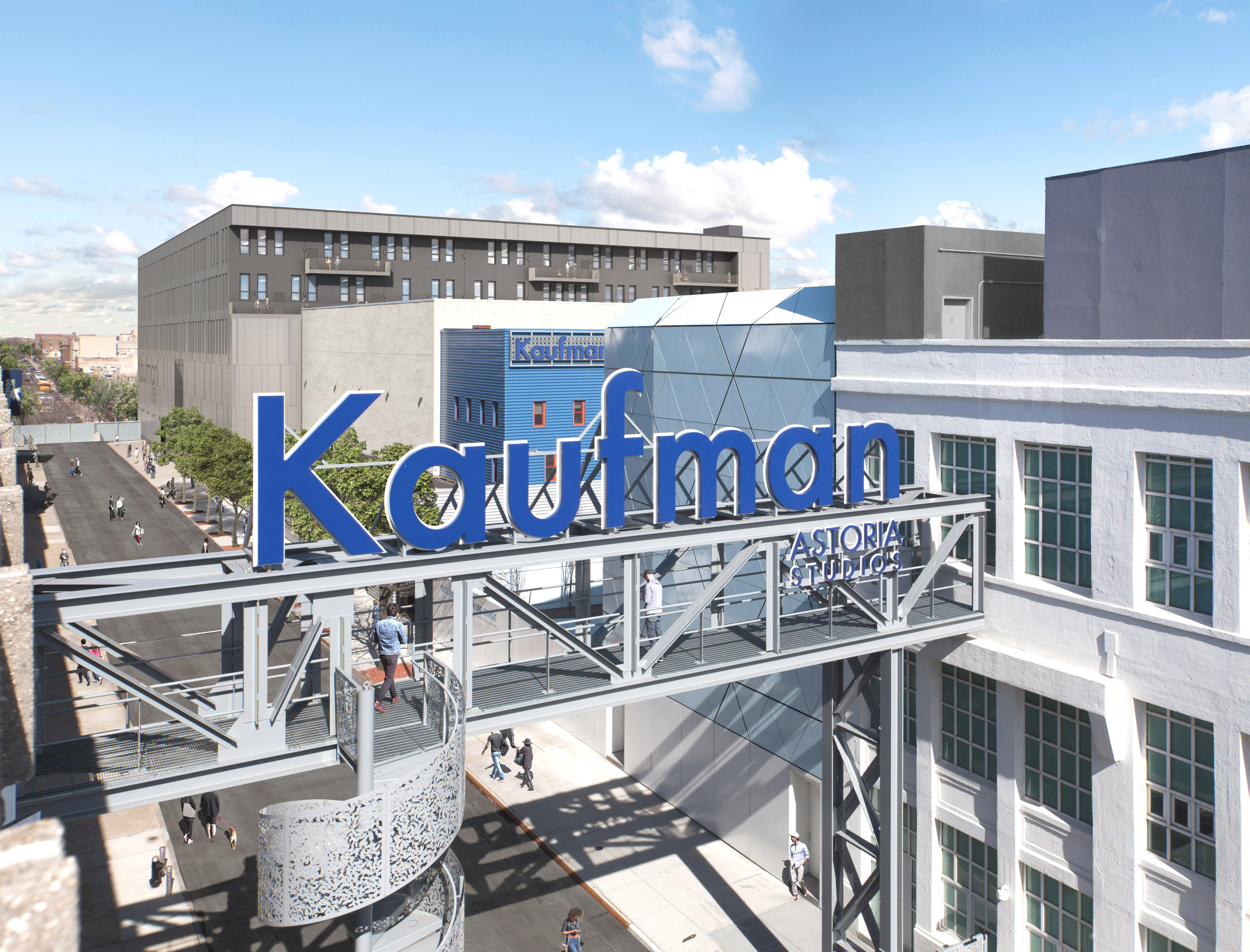 JRT Realty Group has been selected as the exclusive leasing agent for Kaufman Astoria Studios (KAS) at 34 -11 36th Street in Astoria, Queens.

With the boom in television and film production in New York City, KAS has been expanding its studios to meet the increased demand. The developer has recently broken ground for its new studios as part of the existing Kaufman Astoria Studios campus.

The four-story, 100,000 s/f property, which was previously a parking lot, is now being developed for studio and office usage and has 68,000 s/f available for office usage. The development includes two production stages with 16,000 s/f and 9,000 s/fwith offices on the upper floors. The property has wraparound windows, high ceilings, terraces and underground parking.

The brokerage team of Greg Smith, Ellen Israel, and Lauren Calandriello of JRT Realty Group will represent the landlord in all leasing transactions.

“This is a great opportunity for tenants in the creative and media industries to build their brand and take advantage of brand new office space in a convenient location,” said Smith, president of JRT Realty Group.ˮ

“We’ve believed in and invested in this neighborhood for over 40 years, and we’re thrilled to continue to expand and grow here,” said Hal G. Rosenbluth, president of Kaufman Astoria Studios.

Built in 1920 as the original home of Paramount Pictures, George Kaufman acquired the property in 1980. In addition to offering the largest production stages east of Hollywood, the studios offer offices for productions in progress as well as projects that have no affiliations to current productions.

Bushwick development in the works