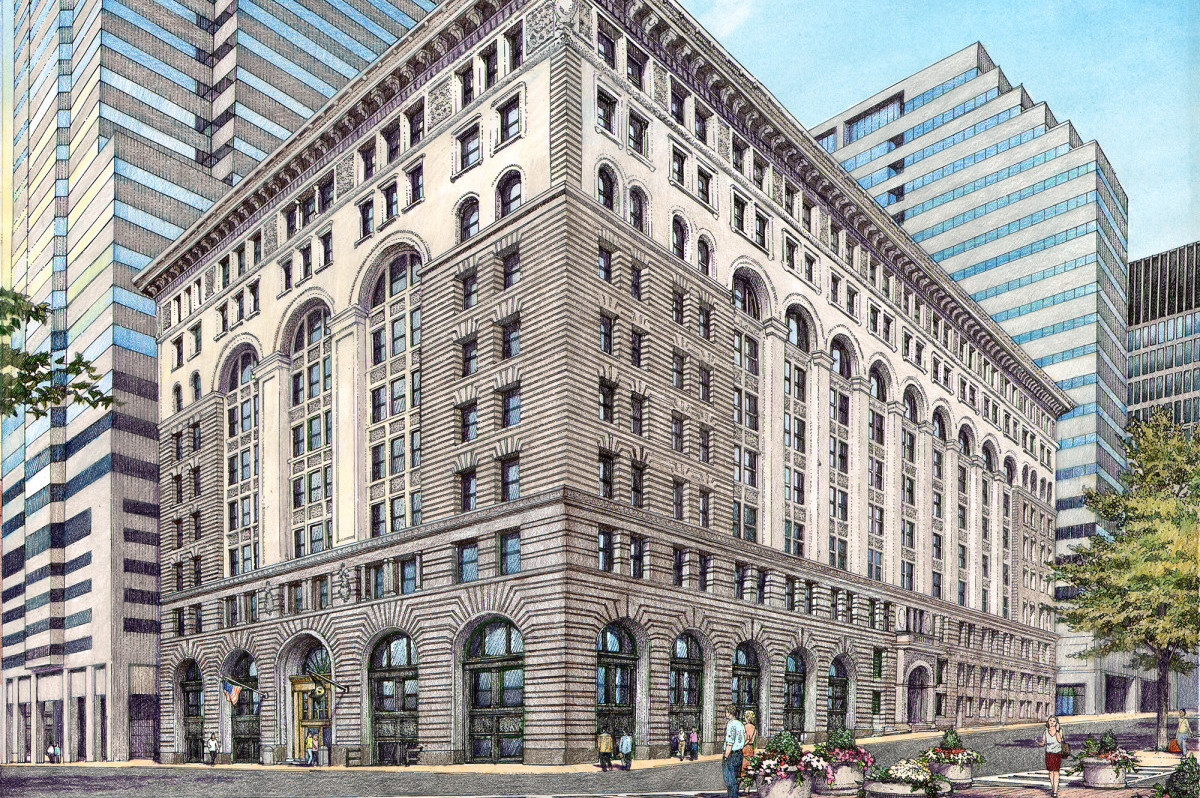 With Baltimore’s downtown population surging, a historic property that was recently converted to residential use has secured $34.3 million of financing.

The Equitable Building, a 223,877 s/f landmarked office building recently redeveloped into a mixed-use facility with 189 luxury residential units and ground-floor retail, has received bridge financing from an overseas lender.

“We were able to secure very attractive financing and terms for this stunning property, allowing ownership to retire the existing capital structure while the property is still ramping up its occupancy,” said More.

“We also structured the five-year, non-recourse deal to include an earnout that will provide the sponsor with additional capital upon the property’s stabilization.”

The 10-story property includes 24,800 s/f of retail space, 80 percent of which is leased to tenants including Au Bon Pain and 7-Eleven.

Acclaimed as Baltimore’s first skyscraper, the building is located in the heart of the city’s central business district.

The loan sponsor, a joint venture between JK Equities and SMB Bradley, purchased the Equitable Building in 2013, and began a major redevelopment campaign, upgrading many building features while maintaining the structure’s historic charm.

The building now has a range of modern amenities, including a fitness center with yoga studio and a 24-hour concierge that complement original building elements including arched windows and period mosaic tile.

“Ownership has done an excellent job of revitalizing the building, creating a premier multifamily asset that will meet the growing demand for quality residential product in the city’s downtown,” said Hirt.

“The area provides access to both the city’s business district as well as museum and other cultural landmarks. JK Equities and SMB Bradley have executed their business plan for the property seamlessly, already leasing up more than 40 percent of the residential units in a very short timeframe.”

Baltimore’s Central Business District has seen its residential population skyrocket in recent years. The area’s residential demand is partially fueled by the presence of some of the country’s leading medical schools, including John’s Hopkins Medical School, Mercy Medical School and the University of Maryland Graduate School.