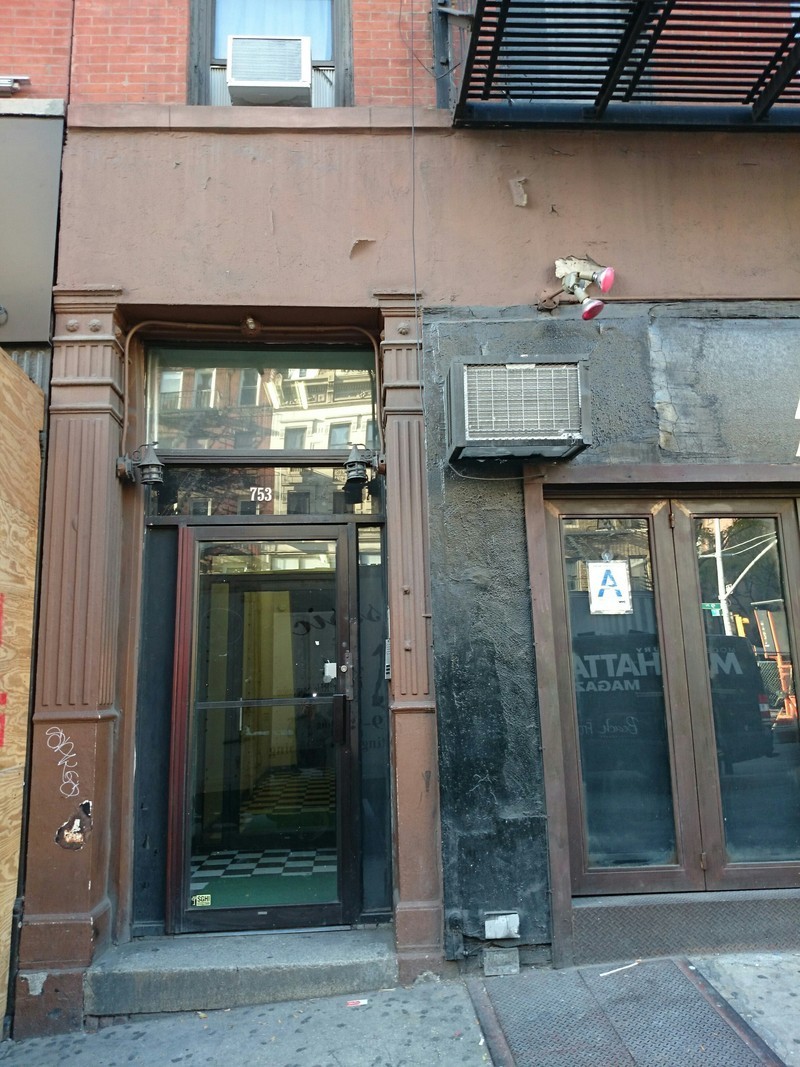 ON THE SCENE: B6 Real Estate Advisors retained as exclusive agents for auction sale of 753 9th Avenue

Ariel Property Advisors has been retained to sell a collection of 10 mixed-use and multifamily properties located in Belmont, Highbridge, Foxhurst and the South Bronx. The collective asking price for The Bronx buildings, which are being offered as packages and stand-alone assets, is $33.25 million. Jason M. Gold, Daniel Mahfar, Victor Sozio, Shimon Shkury, Oliver Elihu, and Jack Moran are representing the sellers of the properties:

• 615 East 189th Street in The Bronx’s Little Italy is a mixed-use walk-up spanning approximately 14,000 s/f. It has 24 rent stabiized residential units and two retail units. Current ownership has improved the building via Major Capital Improvements (MCI) in recent years, with the property benefiting from a J-51 tax abatement. The asking price is $5.75 million.

• 4683 Park Avenue is vacant multifamily building located between East 187th Street and East 188th Street. Spanning 9,600 gross square feet, the four-story contains eight residential units. Ownership is in the process of removing the property’s interior walls in order to provide the future buyer with open floorplates. The asset is being offered at $2.4 million.

• 724 Elton Avenue & 467 East 155th Street is a four-story conversion opportunity with a viable parking lot that is located in the heart of The HUB in the South Bronx. The 724 Elton Avenue property consists of four floor-through units with the ground floor being leased to a retail healthcare tenant, which has a lease until 2025. The 467 East 155th Street asset is a 330 square foot parking garage with C4-4 zoning allowing approximately 17,200 buildable square feet on an as-of-right basis and 32,500 buildable square feet with community facility bonus. The asking price for the package is $3 million.

• 993 Summit Avenue near Yankee Stadium and East 161st Street, is a walk-up multifamily spanning approximately 9,032 gross square feet. It has nine rent-stabilized apartments. Current taxes are $0.87 per square foot and tax increases are capped because of the 2B Protected Tax Class. The asset is being offered at $1.925 million.

The Tri-State Investment Sales Group for Avison Young is marketing the sale of a 5,820 s/f retail condo at 354 Bowery, between Great Jones and East Fourth Street in NoHo. The currently vacant space is vented for restaurant use and includes a fully built-out commercial kitchen. The asking price is $5,500,000. Mitchell Levine, Brent Glodowski and Angela Mulder are representing the seller. The space was formerly home to the restaurant Hecho and Dumbo. It has 1,940 s/f at grade, 1,940 s/f in the cellar (previously used as a prep kitchen) and 1,940 s/f on the sub cellar. The ceiling heights are 12 ft. at grade and 9 ft. on the lower floors.

B6 Real Estate Advisors has been retained as the exclusive agents for the bankruptcy auction sale of 753 9th Avenue, a 13-unit, mixed-use building located in Hell’s Kitchen. The property will be sold absolute, to the highest bidder, regardless of price, subject to the approval of the United States Bankruptcy Court. The property is 9,040 s/f on a 25 by 100 ft. lot . It contains 12 rent stabilized apartments and one retail space. The suggested opening bid is $3.5 million.

Cushman & Wakefield has been retained to sell the following properties:

• An 830-unit Syracuse multifamily portfolio with a mix of high-rise, mid-rise and garden-style workforce housing communities: The James (600 James St.), Skyline (753 James St.), Chestnut Crossing (923, 941 and 947 James St.) and Vincent (105 Smith Lane). Cushman & Wakefield capital markets specialist Brian Whitmer, who is leading the marketing effort along with Stephen Scuderi of Pyramid Brokerage. The three properties on James Street – all located within a two-block area – are part of a neighborhood comprised of housing as well as commercial and medical offices.

Steven Matovski, a director at Redwood Realty Advisors, announced the sale of two properties in Hudson County for a combined price of $4,050,000.

• 481-487 Communipaw Avenue in Jersey City is an 8-unit project located in the Bergen-Lafayette Neighborhood. It features a mix of two- and three-bedroom duplexes built in 2011. The property was sold by the original developer. The sale price equates to $225,000 per unit.

• 30-85 and 30-87 31st Street in Astoria, Queens, sold for $3,250,000. The seller, a private investor, was represented by Matt Fotis, Lazarus Apostolidis, and Zachary Golub of the firm’s Manhattan office. The group also represented the buyer, a property developer. The site includes two contiguous 25 by 80 ft. vacant lots between 30th and 31st Streets. It offers 50 feet of frontage on 31st street. Zoned C4-3, proposed development plans allow for 16,524 buildable sqaure feet.

NAI James E. Hanson negotiated the sale of 55 Woodbine Street, an industrial lot that spans approximately half an acre in Bergenfield, N.J. Anthony Cassano and John Schilp represented the seller, Moses Realty LP, and the buyer, Woodbine Management Co. in the transaction. 55 Woodbine Street is a 0.44-acre industrial lot located in proximity to major thoroughfares. It is zoned for industrial. The buyer plans to continue the existing use of the property and will park and dispatch it fleet of vehicles on the 19,278 s/f lot, expanding its operations into Bergen County, N.J. from their central location in Rockland County, N.Y.

JLL Capital Markets experts completed the sale of the historic 107 South Street in the Seaport District, for an unnamed seller. The buyer, Dr. Michel Cohen, co-founder of Tribeca Pediatrics, acquired the 8,283-square-foot, mixed-use property for $6 million. The four-and-a-half-story 107 South Street was constructed in 1900 and totals 8,283 s/f of space, with 3,823 s/f of additional air rights. The property is located directly across from Pier 17. Will Suarez, Patrick Mullen and Harry Hochman led the JLL team handling the sale. 107 South Street will be the future home of the Tribeca Pediatrics’ corporate headquarters.

• The $8.3 million sale and $5.1 million in acquisition financing for Bunzl Distribution Center, a fully leased, 152,000 s/f industrial warehouse and distribution center in suburban Buffalo, New York. JLL marketed the property on behalf of the seller, Foxfield Industrial. A private investor purchased the asset. Additionally, working on behalf of the new owner, JLL placed the long-term, fixed-rate acquisition loan with a life insurance company. JLL will service the loan. Bunzl Distribution Center is fully leased to Bunzl Midatlantic LLC, a products supplier, which has operated at the property since 2006. The JLL Capital Markets team representing the seller was led by Steve Forte along with Jose Cruz and Tyler Peck. The debt placement team included Michael Pagniucci, who also led a team in 2017 in securing acquisition financing for the seller to purchase the asset.

Cushman & Wakefield arranged the sale of 550 West Old Country Road, a 48,000 s/f office/redevelopment property in Long Island. The final closing price was $5,750,000. Stephen R. Preuss represented the seller, Bapaz, Ltd. in this transaction. The building was purchased by LSC Development. The property entered into contract in 2016 and, during the contract period, the buyer received all necessary permits and approvals to build an approximately 100,000 s/f storage facility. The buyer, LSC Development, is a national storage company that intends to demolish the existing building and start construction in 2020. 550 West Old Country Road is a 48,000 s/f office building consisting of four stories that are approximately 12,000 s/f each. The property sits on two contiguous lots, including a large parking lot with over 200 parking spaces and a lot with development rights for retail or mixed-use valued in excess of $1 million alone. The property also offers antenna rights, which are valued in excess of $1 million.