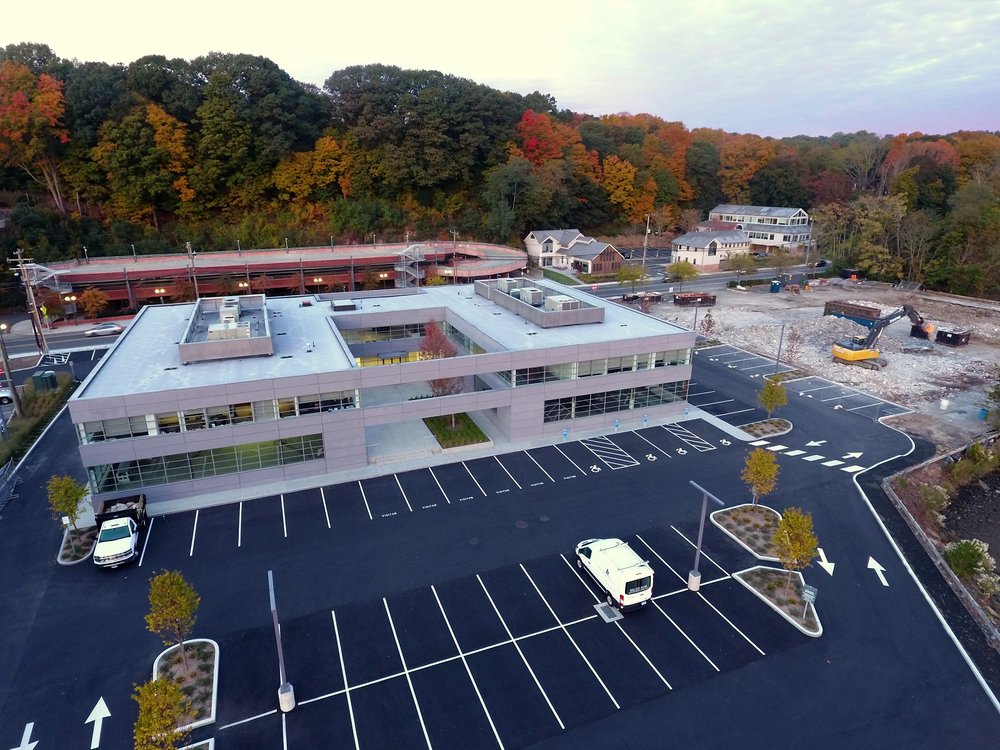 Concourse Realty Partners announced that David Simone, president, along with Nic Black and Bradley Evans, have been retained as exclusive brokers for the sale of 1308 Edward L Grant Highway aka 1309 Cromwell Avenue. The 18,680 s/f building is currently rented to a licensed and permitted auto body business but can be delivered vacant. There is a drive—up ramp leading to the 2nd floor. Easy access to various highways and close proximity to the 167th St. Station’s 4, B, & D trains makes this an ideal location.

Cushman & Wakefield has been retained on an exclusive basis to arrange the sale of 800 East 160th Street, a 22,230s/f mixed-use multifamily building in the Woodstock neighborhood of the Bronx. A team consisting of Jonathan Squires and Josh Neustadter will represent the seller in all marketing efforts. The property operates under a J-51 tax abatement with 11 years remaining,. The six-story, 28-unit mixed-use apartment building has 26 residential units consisting of one-bedroom, two-bedroom and three-bedroom layouts, and two commercial spaces, currently consisting of two churches. The building holds R6 zoning and ownership has recently added a new wirelessly-controlled gas boiler and has made multiple renovations to the residential units. The property is within walking distance to the Prospect Avenue Subway Station and minutes away from the Westchester Avenue retail corridor.

Newmark Knight Frank (NKF) has been retained as the exclusive agent to offer for sale the property at 24-02 Queens Plaza South in Long Island City Queens. NKF’s Vice Chairman Brian Ezratty and Scott Ellard are representing the seller for this centrally located large-scale development site. Currently on-site, there stands a three-story commercial structure of approximately 74,500 gross square feet with around 100 fet. of frontage along both Queens Plaza South and 42nd Road as well as a 240 ft. blockfront along 24th Street. The site supports a full 196,000 s/f development opportunity with flexible zoning for potentially any use to include, residential, commercial or community facility.

CBRE’s Institutional Properties announced that it closed on the sale of 54 Wilton Road in Westport, Conn. The CBRE team of Jeffrey Dunne, Steven Bardsley, Jeremy Neuer, David Gavin, Gene Pride and Stuart MacKenzie represented the seller, a joint venture between a CT-based real estate investment firm and Westport-based David Adam Realty, which has also managed the property since 2013. CBRE also procured the buyer, a joint venture between Empire Square Group and an offshore based entity. Both are first-time buyers in the Fairfield County market. 54 Wilton Road is a 25,779 s/f Class A office building 100 percent leased to three tenants with a remaining weighted average lease term of nearly 10 years. Formerly part of the Save the Children site, the seller completely gut-renovated a portion of the existing building down to the steel in 2018. 54 Wilton Road represents the newest Class A office property in the Westport market. The property’s location along the Saugatuck River offers waterfront views and is a five-minute walk to Downtown Westport. David Adam Realty will continue to manage the building for the buyer.

MAVRIK Property Group announced the sale of 187 Classon Avenue, Brooklyn, a renovated four-family property, for $2.17 million. Saadya Notik of MAVRIK Property Group represented both the seller, The Orlofsky Family, and the buyer, The Zelik Family. The sale closed within 14 days of the first viewing.

Greystone Real Estate Advisors announced it has closed the $15.5 million sale of Sonrise Villas I & II, an affordable housing community in Fellsmere, Florida. Greystone managing director Eric Taylor facilitated the sale on behalf of the buyer, Equity Management Partners, and the seller, Sonrise Villas LLC. Located approximately 20 miles southeast of Vero Beach, Florida, Sonrise Villas I & II offers 240 two-, three- and four-bedroom units, which were originally constructed in two phases between 2004 and 2007 utilizing nine percent Low-Income Housing Tax Credits (LIHTCs). Now in years 13-16 of the respective LIHTC maturity lifecycle, the property will remain income-restricted until 2057. Equity Property Management intends to make capital improvements to the community and improve managerial efficiencies in order to maximize the value of the property.

• 4912 Bergenline Avenue, a mixed-use property, in West New York, NJ, sold for $6,500,000 according. Fahri Ozturk and Richard D. Gatto, investment sales specialists in Marcus & Millichap’s New Jersey office, had the exclusive listing to market the property on behalf of the seller, a private owner. They also secured and represented the buyer, a private investor. The 21,000 s/f mixed use building is occupied with two retail tenants 7-Eleven and Telco, which both have long term leases. The second floor is occupied by several office tenants on month to month basis with a 36-space parking lot in the back. The property is located within minutes from the Lincoln Tunnel, Route 495, Route 1&9, Route 3, and Interstate-95. The location is diagonal from the 49th Light Rail station and a 2-minute walk from Hudson Community College.