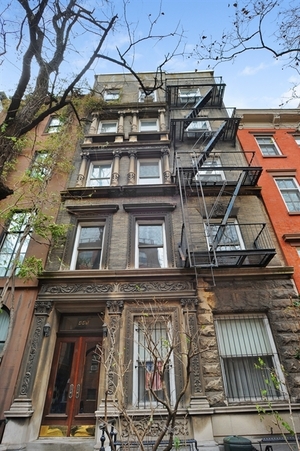 Highcap Group announced the sale of 1029 Westchester Avenue, Bronx. Jonathan Bichoupan and Daniel Hakimian brokered the off-market sale of the building located at 1029 Westchester Ave in the Foxhurst section of the Bronx. The property is a 6-story, mixed-use walk-up with 32 apartments and five stores on the corner of Westchester Ave and Simpson St. The entrance is steps from the 2 and 5 subway lines. The property sold for $8,150,000 which represents a sales price of $220,000 per unit, $323 per foot, a rent roll multiple of 12 times the gross rent, and a capitalization rate of just over six percent.

Houlihan-Parnes Realtors announced the sale of 445 West 21st Street, a 9,375 s/f, 10-unit apartment building. The family-owned property was sold for $9.35 million after 114 years of ownership. Located in Chelsea close to the Highline and Chelsea Market, the property is across the street from the General Theological Seminary. It was purchased by a New York based real estate company with substantial holdings in Manhattan. Michael Sherman of The Manhattes Group represented the purchaser while Jim Houlihan, Michael Cuniberti and Christie Houlihan of Houlihan-Parnes Realtors represented the sellers. The property was purchased by ECA New York Real Estate Advisors. Sandra L. Jacobus of Ganfer Shore Leeds & Zauderer LLP provided legal counsel to the seller.

Law firm expands to 490,000 s/f at the Rockefeller Center