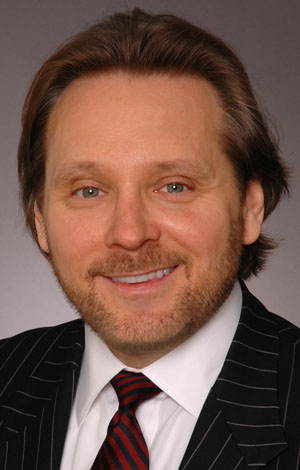 Besen & Associates is marketing 2265 Grand Avenue, a 5-story corner mixed use walkup building with 20 apartments and 6 stores. The property was built in 1925 and is approximately 25,500 gross square feet. Apartment layouts include 16 one-bedrooms and 4 two-bedrooms. The average apartment rent is $950 per month. The property is located two blocks from the 4 subway station at Jerome Avenue.
•••
ERG Property Advisors announced the availability of 66 Hendrix Street, Brooklyn, NY. The lot size is 2,542 s/f and the building approximately 6,585 s/f. It is a three story building located on the corner of Jamaica Avenue and Hendrix Street. The building is fully occupied with 3 commercial tenants and 6 residential tenants. The building has seperately metered boilers. All tenants are responsible for their own utilities and expenses.The commerial tenants are responsible for their share of real estate taxes. The asking price for this building is $1,650,000. Ian Ellman is handling the assignment.

• A community facility condominium at 313 West 83rd Street. The asking price is $7,950,000. The fully-renovated three-story condominium unit is currently owner-occupied and contains approximately 6,000 s/f on the bottom three floors of a six-story cond-op building. Constructed in the early 1980s, the building was divided into two separate condominium units; one for the subject unit and a second for 18 co-operative apartments that make up the remainder of the building. Features include an auditorium space, library, offices and classrooms, a full service kitchen and a finished basement. This property is being marketed by Bob Knakal and Hall Oster.

• Two adjacent commercial buildings at 1136 and 1138 Neill Avenue in the Morris Park neighborhood of the Bronx. The asking price is $1,150,000. The adjacent three-story buildings combine for approximately 4,212 s/f. Combined internally, they are currently configured as first and second floor offices, with one tenant occupying each floor. This property is being marketed by Nicholas Burns.
•••
TerraCRG has been retained as the exclusive agent for the sale of 994 Atlantic Avenue on the border of Crown Heights and Clinton Hill in Brooklyn. Ofer Cohen, Melissa DiBella, Dan Marks, Peter Matheos, and Michael Hernandez are representing the seller and have presented the property with an asking price of $1,300,000. The 3,200 s/f mixed use, three story property consists of two 2-bedroom apartments and a ground floor retail space, all of which are occupied. The building is zoned M1-1, which means it is overbuilt by 1,600 s/f and is grandfathered in for mixed use.

ARM Real Estate Group announced the $2.4 million off-market sale of 476 Union Avenue, East Williamsburg, Brooklyn. Anand Melwani and Harrisson Zavala represented both the buyer, 476 Union Avenue LLC, a local design and development firm, and the seller, a local family. There are three units in the front three-story building and one unit in the two-story rear building consisting of a total of 4,243 s/f. The building was constructed in 2004. The buyer plans to extend the depth of the front building and add a floor or two to the existing structure and will demolish the rear building. Additionally, the zoning allows for a retail use on the ground floor so that apartment is expected to be converted to retail.
•••
The Barcel Group announced the following sales:
• 116 East 19th Street in Brooklyn, a 10-unit property, was sold for $1,230,000 by a local family. The buyer was Silver Shore Proeprties. The building sold for 10X the ret roll. Marcel Fridman reprsented both buyer and seller.
• Two elevator building consisting of 84 units and a parking lot located at 89-21 153rd Street and 8822 Parsons Boulevard in Queens. The sale price was $10.25 million, 10.5 times the rent roll. Marcel Fridman represented buyer and seller, both local investors.

• 1267 Forest Avenue, Staten Island, a two-story retail strip comprising 29,000s/f sold for $5.25 million, an 8.5 percent cap rate. Marcel Fridman represented the buyer. Bart Zimmerman, also of the Barcel Group, represented the seller.
•••
C3 Realty Group announced the sale of a 9-building multifamily portfolio comprised of five Brooklyn properties and four Upper Manhattan properties. The properties located at 861, 880, 908, 914, 917 Greene Avenue in Brooklyn, and 1473 Amsterdam Avenue, 545 W 133rd Street, 162 & 174 E 109th Street in Upper Manhattan were initially gut renovated in the early 1990’s through the NYC Vacant buildings program, and subject to HPD Regulatory Agreements. The seller, an undisclosed California-based fund, retained Ron Cypers and Steven Westreich of C3 Realty Group exclusively to handle the disposition of the assets to a local operator. The portfolio is comprised of 75 apartments and one commercial unit, for $5,700,000.

•••
Rosewood Realty Group announced the $1.2 million sale of 795 Flatbush Avenue in Flatbush, Brooklyn. The 5,000 s/f three-story walk-up apartment building with 3,400 s/f of air rights, consists of four apartments and one commercial unit. It was built in 1931. Michael Kerwin represented both the buyer, 795 Flatbush Realty LLC, and the seller, Tanya And Angels LLC. It sold for 9.3 times the rent roll.
•••
TerraCRG closed on the sale of the industrial buildings at 12-18 Commerce Street between Richards Street and Columbia Street in Red Hook. Ofer Cohen, Melissa DiBella, Dan Marks, Peter Matheos, and Michael Hernandez sold the property for $1,850,000, which equates to $231 psf.