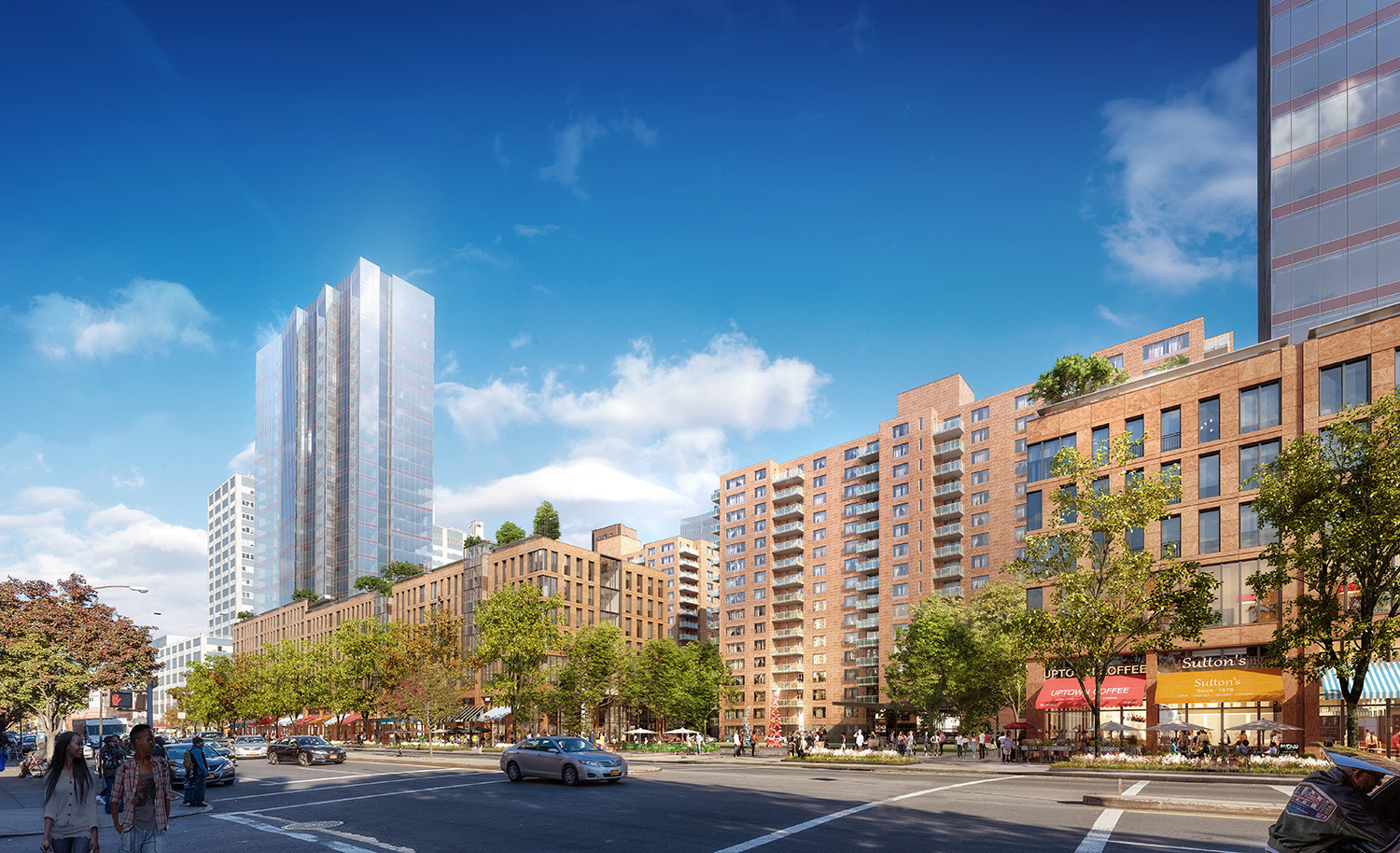 The Olnick Organization has modified its plan to redevelop Lenox Terrace ahead of February’s meeting of the City Planning Commission.

The changes scale back the retail and scrap a building planned for the middle of the block entirely.

“We appreciate the feedback we have received from residents, Community Board 10, and the Borough President,” said Seth Schochet, president of The Olnick Organization.

“We believe this input has resulted in a better plan for Lenox Terrace, its residents and the community, and we look forward to continuing this productive dialogue in the weeks ahead.”

The changes, which were filed last Thursday with the Department of City Planning, will retain the property’s historic entrance on Lenox Avenue as well as a residential zoning in line with requests from Community Board 10 and Manhattan Borough President Gale Brewer.

While the plan has always called for small, neighborhood-focused shops and restaurants, residents raised concerns about the “commercial” designation of the C6-2 zoning request in the project’s application.

Residents also highlighted the symbolic and sentimental importance of the grand entrance at 470 Lenox Avenue.

Recognizing what this central feature of Lenox Terrace means to residents, Olnick has eliminated the 6-story podium previously proposed in the center of the block, retaining the view and driveway to 470 Lenox Avenue with enhanced landscaping to further signify its importance.

Community engagement has driven numerous modifications since Olnick first began discussions years ago. Previous changes to the plan in response to input from residents and community stakeholders includereducing the number of new buildings to five (originally six were proposed), reducing the maximum building height to that of the Harlem Hospital and incorporating six-story podiums along Lenox Avenue that relate to the character of the neighborhood.

The plan includes 160,000 s/f of neighborhood retail and six acres of green space. The project will create over 2,700 on-site construction jobs and over 300 permanent jobs, according to the developer.

The plan is currently under consideration by the City Planning Commission, which is expected to vote in early February.

Built in 1958, Lenox Terrace opened as “Harlem’s Best Address,” offering a level of luxury previously unavailable in the neighborhood.

Located between Lenox Avenue and Fifth Avenue from 132nd to 135th Streets and comprising over six square blocks, Lenox Terrace currently is home to more than 4,000 people across six buildings.

A spokesman for the developer said, “TWe believe that by agreeing to the requested modifications, we continue on the pathway to an approved project that will better meet the aspirations of residents, the community and the developer than would an as-of-right project.”

ON THE SCENE: TerraCRG has been retained to sell 89 Wyckoff Avenue