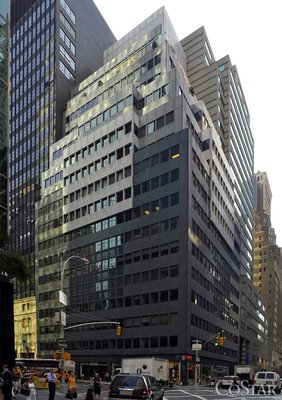 After beating analysts’ expectations with its first-quarter earnings, office REIT SL Green started off the second quarter with a flurry of deals.

The company went into contract to buy the fee interest at Ashkenazy Group’s 635 Madison Avenue for $145 million, while selling its leasehold at 673 First Avenue to the building’s tenant, NYU Hospitals Center, for the same amount.

635 Madison Avenue has a ground lease through April 2030, with a 21-year renewal option. The 19-story, 176,530 s/f tower’s most notable tenant is watchmaker Raymond Weil. SL Green said it expects its purchase of the fee interest to close in the third quarter.

The sale of 673 First Avenue’s leasehold, which SL Green has held since its IPO in 1997, is expected to close in the second quarter. The 422,000 s/f building is part of NYU Langone Medical Center. The city’s self-proclaimed largest office landlord also announced the purchase of two Soho retail condos: a 7,200 s/f space at 121 Greene Street and a 5,218 s/f space at 115 Spring Street, which currently houses Opera Gallery.

The moves cap off a first quarter in which the REIT made headlines with several high-profile deals and better than expected earnings per share, which ended up at $1.54.  SL Green’s biggest acquisition between January and March was Ivanhoe Cambridge’s stake in the hitherto jointly owned 388-390 Greenwich Street for close to $900 million.

In a conference call with investors last week, the company announced it hopes to lease out another 500,000-600,000 s/f in the second quarter.  SL Green came a bit closer to meeting this goal on Tuesday, when it announced financial technology firm Curex Group Holdings has signed a 17,922 s/f lease at 120 West 45th Street.

The lease includes the entire 22nd floor in the 40-story tower, as well as space on the 23rd floor. Dirk Hrobsky of DTZ Americas represented Curex, while SL Green was represented in-house by David Kaufman.

Improving your building by energy audit