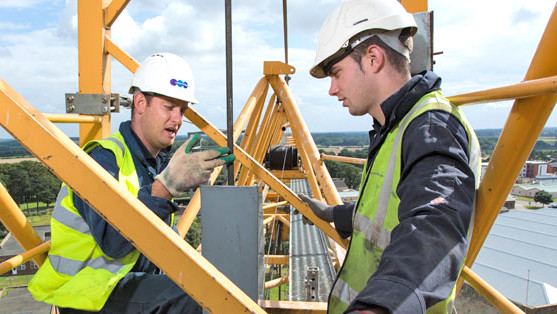 The Building and Construction Trades Council of Greater New York (BCTC) is launching an apprenticeship readiness collective to enhance access to careers in the unionized construction industry in New York’s historically marginalized communities.

The Apprenticeship Readiness Collective (ARC) will drive union apprenticeship and pre-apprenticeship recruitment efforts directly to minority communities in New York City as part of BCTC’s continued efforts to promote and build diversity among its ranks.

As New Yorkers grapple with the impacts of the COVID-19 pandemic and the resulting economic crisis, the ARC’s direct and coordinated recruitment efforts will help make union construction a viable career path for New Yorkers living in some of the neighborhoods hit hardest by the pandemic.

“Now more than ever, pre-apprenticeship and direct-entry programs are not only critical to the future of New York construction, but also to the economy of our entire state,” said Gary LaBarbera, President of The Building and Construction Trades Council of Greater New York.

“With the formation of this first-of-its-kind program in North America, and with direct outreach to the diverse communities hit the hardest by the pandemic, the BCTC will create unique middle-class opportunities for veterans, women, and minority residents of New York City.”

“Direct-entry and pre-apprenticeship programs are vital to promoting diversity in the workforce and reaching individuals that otherwise may not be exposed to apprenticeship opportunities,” said Roberta Reardon, Commissioner of the NYS Department of Labor.  “In this current time of economic and social uncertainty, these programs are working tirelessly to provide New Yorkers with a path to the middle-class. The State’s future economic success depends on these programs and we are proud to support them.”

The Apprenticeship Readiness Collective will also serve an integral role in achieving the commitments made in the new Project Labor Agreements reached between the City of New York and the Building and Construction Trades Council of Greater New York.

The ARC will lead outreach efforts to workers from zip codes where at least 15 percent of the population lives below the federal poverty level and/or are NYCHA residents, to achieve the PLAs goal of ensuring that at least 30 percent of all hours worked under PLA projects are logged by workers from zip codes identified as economically disadvantaged.

For years, union apprenticeship programs have provided paid opportunities for entry-level workers to receive job and safety training on the worksite and in the classroom. The ARC will build on the success of those efforts, and operate as a horizontal collective, leveraging the expertise and leadership of some of the nation’s most successful direct-entry and pre-apprenticeship programs.

The collective is made up of The Edward J. Malloy Initiative for Construction Skills, Inc., Nontraditional Employment for Women (NEW), NY Helmets to Hardhats (H2H), and Pathways to Apprenticeship (P2A), each of which has individually connected thousands of New Yorkers to union apprenticeship programs.

As a collective, each founding partner will integrate their unique expertise – whether it be NY Helmets to Hardhats’ expertise in creating opportunities for veterans, or NEW’s expertise in launching tradeswomen’s careers – into a shared outreach strategy to targeted communities across the five boroughs.

The newly formed collective will now also serve as the go-to resource for direct-entry and pre-apprenticeship recruitment for each affiliate of the Building and Construction Trades Council of Greater New York.

A 2017 study conducted by the Economic Policy Institute found that a majority of union construction workers in New York City are minority workers. It is expected that with the formation of ARC that diversity within the city’s unionized trades will continue to grow.