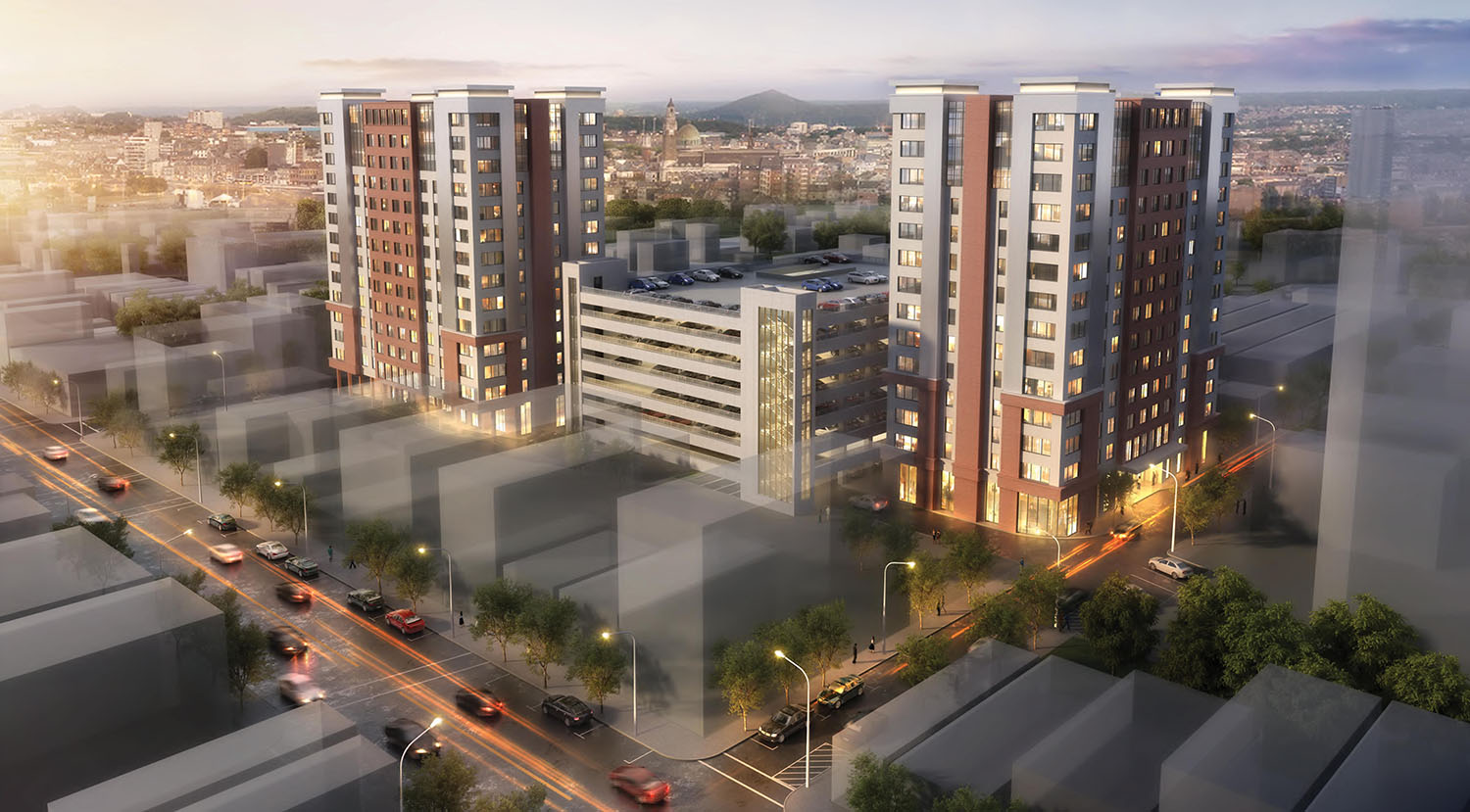 National Realty Investment Advisors (NRIA) is set to break ground for The Grand, the first of two new sustainably built apartment towers that will transform the West New York skyline.

Situated at 508 51st Street, the 14-story Grand will feature 156-units while its twin, The Metro, will rise at 511-513 52nd Street. The developer has yet to announce pricing details, but a spokeswoman called the apartments “affordable luxury.”

“These will be the tallest buildings in West New York, once completed and will make a magnificent addition to the city and its skyline,” said Glenn LaMattina, senior vice president of operations and global development for NRIA.

312 apartments in total will be offered in the LEED-certified development.  Each tower will meet rigorous green building standards that promise high-energy efficiency and environmentally-friendly design.

Both The Grand and The Metro will provide residents with amenities including a gym, lounge and green roof with a walking deck. The rooftop will be designed as a relaxation and entertainment area, with patio seating and barbecue grills.

In addition, a business center with a high-speed printer and other work-at-home essentials, and a 24-hour grab-and-go convenience store will be available on-site to residents.

NRIA’s Rich Stabile, senior vice president, and project manager,  anticipates The Grand and The Metro will be an attractive sell to potential renters looking to be part of the  municipality along New Jersey’s famed Gold Coast, an enclave of communities on the Hudson River known for their high-end residences, top-notch arts and culture, and quick ferry ride to Manhattan.

“Restaurants, stores, and entertainment are all within walking distance,” he said. “And just as importantly, the community is located close to public transportation.”

The development will include a 495-space parking garage with more than 60 percent – 297 spaces –  available to the public.

“It’s been a cooperative project with the city,” said Stabile.  “NRIA is working together with West New York to make this important addition happen.”

Ground will be broken for The Grand at a ceremony on August 2 attended by Senator Bob Menendez, Congressman Albio Sires, West New York Mayor Gabriel Rodgriguez and NRIA ownership. The Metro will break ground at a later date. Construction of both towers is expected to be complete by the summer of 2023.

The development comes two years after NRIA broke ground for the first luxury high-rise ever built in West New York at 4901 Bergenline Avenue. That $49 million development – called Guttenberg Green – will feature a nine-story tower with 63 apartments and 68 parking spaces. Following a COVID delay, construction is set to get underway later this year at the site directly across the street from the Bergenline Light Rail Station that was previously occupied by a  Duane Reade Pharmacy.