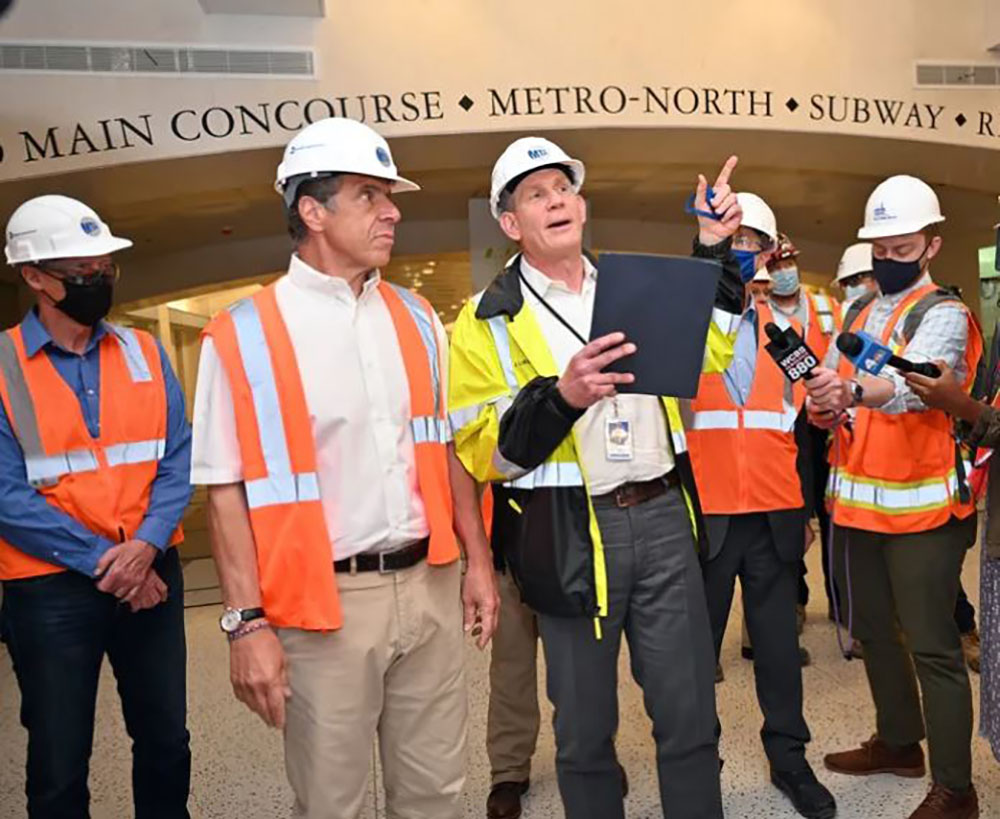 Janno Lieber to take reins at MTA as ‘Acting’ chief

Janno Lieber, the veteran development manager behind some of the nation’s biggest transit developments, has been named Acting Board Chair and CEO of the New York Metropolitan Transportation Authority.

Lieber, who currently serves as the MTA’s chief development officer, will replace Patrick Foye, who is taking over as CEO and president of the Empire State Development Corporation.

But he must wait for the State Senate to vote on whether current interim president Sarah Feinberg will be nominated to take over as chair with Lieber as CEO. Legislation already passed by the Assembly would split the role of MTA Board Chair and CEO.

If approved by the Senate, Feinberg would be the first woman to serve in the agency’s top leadership, however, government watchdog groups have been reticent of the plan to split the leadership into two separate positions believing it would undermine the independence of the CEO.

Lieber, though, said he’s counting on the Senate to approve the plan, calling Feinberg “supremely qualified” for the role, adding, “In the meantime, I thank the Governor for the opportunity to serve New Yorkers and support the region’s ongoing revival.”

Lieber joined the MTA as president of Construction & Development in 2017 after a career that touched mega projects including the rebuilding of the World Trade Center, East Side Access, the $2.5 Billion LIRR Third Track project, Metro-North Penn Access (which will add four new stations in the East Bronx), Penn Station reconstruction and expansion, and Phase 2 of the Second Avenue Subway, which will extend the line through East and Central Harlem.

He built the 1,800-strong MTA Construction & Development division from the ground up and oversaw the approval of a groundbreaking $51.5 billion 2020-2024 Capital Program. Lieber also helped spearhead the agency’s successful efforts to secure $14 billion from the federal government in the face of the pandemic-induced financial crisis.

Before the MTA, Lieber served as president of World Trade Center Properties for 14 years, where he managed the multi-billion-dollar development of Silverstein Properties’ projects at the World Trade Center. Earlier, he headed public-private development at Lawrence Ruben Company, and, as a consultant, worked with clients such as Chicago Transit Authority, New Jersey Transit, and Penn Station Redevelopment Corp. – the agency then responsible for the Moynihan Train Hall project.

A graduate of Harvard University and New York University Law School, he began his career as an attorney at the New York firm of Patterson, Belknap Webb & Tyler and served as a transportation policy advisor in the office of New York City Mayor Ed Koch.

Governor Andrew M. Cuomo said Lieber “knows what it takes” to make the MTA work, but insisted splitting the CEO and chair roles was the way forward. “At this critical time in state history, I believe the best long-term approach to leading the MTA would be to have two strong, experienced leaders at the helm – Sarah Feinberg as the first woman Chair and Janno Lieber as CEO.”

Feinberg, currently Interim President of New York City Transit, said, “As we wait for the State Senate to return to session, the Governor, Janno and I agree that this is the best path forward to provide stability and continuity of leadership at the MTA.

“While I am disappointed in the Senate’s delay in taking up deliberations of our nominations, I have no doubt Janno will do a tremendous job in the acting role. He is a visionary leader who has proven time and again during his tenure at Construction & Development that he can deliver on key projects in moments of crisis. I hope to join him soon in leading the MTA and region through this next chapter.”

As he awaits the Senate vote, Lieber can count on support from the real estate industry. Carlo A. Scissura, president and CEO of the New York Building Congress, said, “For more than four years, Janno Lieber has helped the MTA deliver transformational projects that improve our region. He understands the needs of our city and the people who make it run. From the East Side Access project to the completion of Moynihan Train Hall, New Yorkers will get around faster and easier thanks to his leadership, determination and innovations.

“The New York Building Congress is excited to work with Janno in his acting Chairman and CEO capacity. We are ready to rebuild Penn Station, expand the Second Avenue Subway and continue to improve mass transit access for all.”