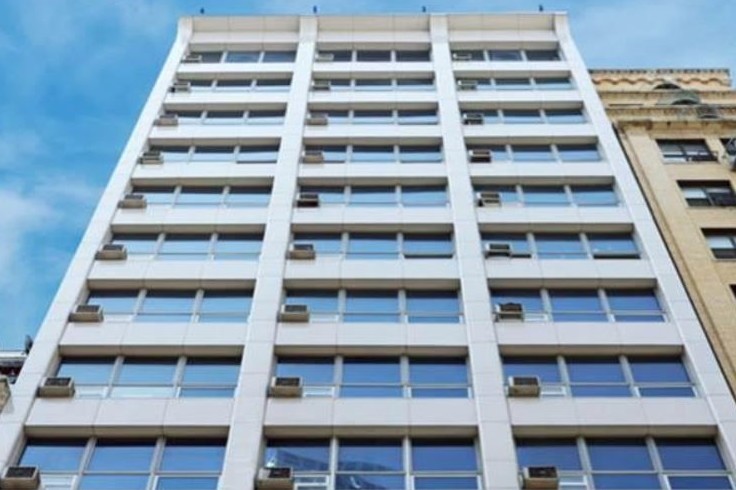 No room for ivory towers in Arik Lifshitz portfolio

Thanks to strong demand and an eager investor class, there’s been plenty of money swirling around New York’s housing market in recent years. The challenge has been using it to turn a profit.
High land and construction costs have created a race to the top among owners and developers looking for ways to drum up ever higher asking prices.

The result is a surge in high-end rental apartments and condos, a slight uptick in affordable units built in exchange for government tax breaks and a housing market continuously pinched at the middle.

Arik Lifshitz, chief executive of DSA Property Group, has found a way to not only keep his family’s business afloat, but steadily swim up this narrow and treacherous channel.

While his contemporaries obsess over numbers and tapping into the next trendy vein, Lifshitz said he’s succeeded by following his gut and focusing more on the individual potential of each of the 40 buildings in his portfolio than finding the next hot neighborhood.

“My whole investment philosophy is to throw that question out and instead find that diamond in the rough, find the nuance, find the building or the block or the corner that has something special about it that should demand a premium,” he said.

“We like that space, we feel very comfortable with it, it stays occupied because there really is a need for it and we don’t need any tax breaks to make it quote-unquote affordable.”

Lifshitz learned the real estate ropes from his father, Howard Lifshitz, and his uncle, Edward Lifshitz, who launched the property management company in the 1980s with a handful of buildings in the East Village and Alphabet City, most of which were within walking distance of the family’s storefront office on 12th Street.

In 2004, the younger Lifshitz took the reins at DSA Property Group. Though his father and uncle are less involved in the day-to-day operations of the company, Lifshitz said their “advice and knowledge are felt on a daily basis.”

The company is split into two divisions: DSA Management, which is charged with the day-to-day operations of the various buildings, and DSA Development, which handles the company’s redevelopment projects.

Since its humble beginnings in the East Village, DSA’s portfolio has expanded to include other Lower Manhattan properties, including a four-story commercial building in SoHo and two multifamily rental buildings in the Financial District, with the most recent addition being 106 Fulton Street, an 81-unit dormitory-turned-apartment complex that DSA acquired from PACE University for $51.1 million, according to city records.

Lifshitz said 106 Futon Street embodies the type of opportunistic investment he seeks. Priced at less than $700 per s/f, he said it held strong relative value in a Manhattan market that often sees residential properties trade for upwards of $1,000 per s/f.

Also, by renovating an existing building rather than building from the ground up and avoiding high-end amenities such as gyms and event spaces, he said he’s able to keep prices low and units rented.

“My sense is, every project is expecting to earn a minimum level, whether it’s condo or rental. That would have been unheard of 10 years ago. So my idea is to get ready for the long haul,” he said.
“I don’t see us staying fully occupied at those higher luxury rents, so why spend the money to obtain them?”

DSA was drawn to Brooklyn early in the current cycle — snatching up roughly a dozen buildings between 2011 and 2013 — and it also has two properties in Astoria, Queens and two more in south Florida. The bulk of the portfolio is on Manhattan, with much of it below 14th Street as well as a few buildings in Midtown East, the Upper East and Upper West sides.

Lifshitz preaches diversification, not just to his compatriots in the real estate world, but to anyone in business. “We call it spinning plates,” he said. “You have to be spinning multiple plates because, at any time, a certain business could dry up and you have to be able to rely on other revenue sources to pay your bills.”

In 2007, Lifshitz put another plate in rotation by launching DSA Realty.  While he envisioned creating a small hybrid brokerage that could service his own properties and generate a little extra income, after a decade, he found that as the firm grew, the endeavor consumed more time and energy than he had anticipated.

“We didn’t want to compete with the Corcorans and the Ellimans of the world,” he said. “We didn’t want to get into that game because it gets a little cut-throat and that’s not the way we saw ourselves doing business. Nothing against them, it’s just a different model, a different way of doing things.”

Lifshitz and his partner, Jesse Rhinier, sought to find a new full-time CEO for the brokerage and ended up finding a new principle in David Schlamm, head of City Connections Realty. The deal was classified as a merger, but all the brokers operate under the CCR banner.

Some 35 agents from DSA Realty, roughly 80 percent of the firm, joined City Connections’ 95 agents last January, working together out of that firm’s 71 West 23rd Street office.  In addition to agents, DSA Realty brought over 128 exclusive rental buildings to CCR on an exclusive basis, adding to the over 130 exclusive rental buildings already under the CCR umbrella. “We were able to bring over all our income and slash pretty much all our expenses and in that sense, it was pretty much a win-win for everybody,” Lifshitz said. “The agents make more money on the CCR model and David and I are both happier.”

Without DSA Realty, Lifshitz said he can focus exclusively, once again, on being an owner-operator. And, while he may not have the largest portfolio in the city, he believes his business model puts him in a place to succeed in a New York City landscape that is much changed since the Great Recession.

During the past five years, Lifshitz said he’s watched investors sweep in, lay down big sums and turn them into quick profits. However, he sees the market slowing down considerably heading into 2018 as profit margins continue to thin and investors who had eyed fast turn arounds get bogged down with buildings that struggle to hit full occupancy.

Although it can mean leaving some potential rent money on the table, Lifschitz said he’s happy to earn steady profits and funnel his own capital into improvements and new, undervalued acquisitions, rather than borrowing funds or bringing them in from outside investors to go big game hunting.