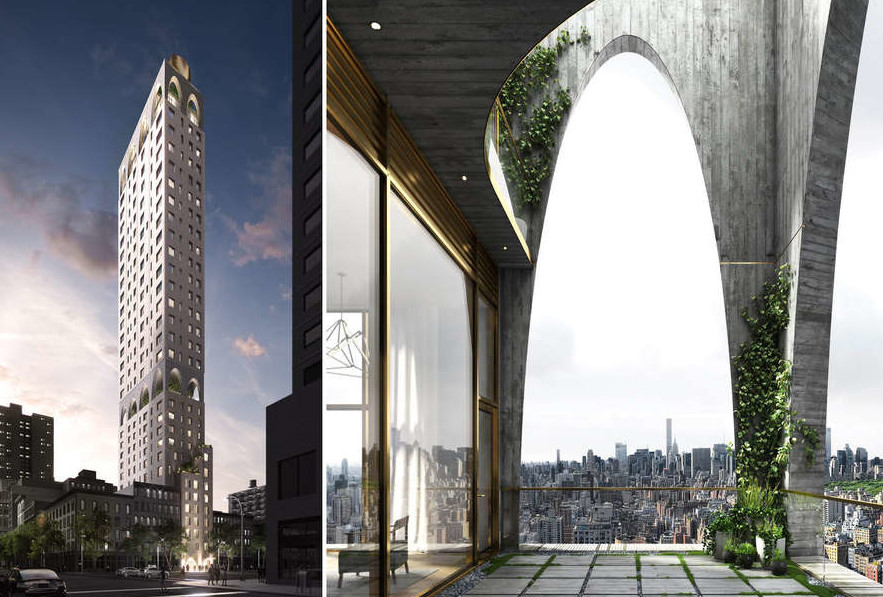 As reporters at Brokers Weekly, the team here sees its fair share of fabulous New York homes. The past year saw dozens of new developments and conversions across the five boroughs open and we’ve endeavored to bring you the inside scoop on most of them.

But if there’s one thing we’ve learned, it takes more than dollar signs and divine amenities to create a stand-out home in a city full of them.

As we start the new year, we have culled our favorite properties to bring you a list of what we consider to be the five most memorable offerings on the MLS, the RLS, or wherever you post your properties.

They aren’t the most expansive homes on the market or even the best known but, in our humble opinion, they have something that makes them stand out in the crowd …

The Shephard
The Naftali Group

Best Hidden Gem: The Shephard is tucked away on a street in the West Village in a former warehouse building. After being converted to more than 100 small rental apartments in the 1970’s, the building was reconfigured as 38 spacious homes by the Naftali Group after the firm purchased the building in 2014.
The details set the building apart from others, like the high, undulating ceilings, cathedral windows, and large floor plates. The building’s signature Herringbone floors are present in the gym and spa in the basement — even on the half basketball court. And there’s an in-house residence experience manager to assist residences in their every need.
Matthew Van Damm, executive vice president of marketing and design for the Naftali Group, said that in designing the building, they looked to have the feel of a private club or boutique hotel.
“Knowing where it is and how special the West Village is, we knew that we wanted to be very warm and welcoming and approachable,” said Van Damme of the design. “We wanted to come at as if it were someone’s private townhouse or apartment.”
Add to that a cozy wood-paneled library, shared garden, and discreet location, and it’s the perfect hidden gem for celebrities. It’s even been rumored that some famous faces (including longtime West Village residents Sarah Jessica Parker and Matthew Broderick) have checked out the building recently.

The American Copper Buildings
JDS Development
Best (and only) Skybridge: “The East Tower is going to be Soho House but 400 feet in the air,” said Michael Stern, CEO of JDS Development, in the summer of 2016, when his firm unveiled the under-development project on a press tour.

The American Copper Buildings, the 48-story dual luxury rental towers in Midtown East encompass 900,000 s/f total, are a sleek, modern addition to the East Side skyline, connecting in the middle in a style that JDS and architect SHoP describe as “dancing” with each other.
The three-level skybridge is the first major skybridge to be built in New York in 80 years.
The bridge will house some of the building’s 60,000 s/f of amenities, which include a 75-foot lap pool, a bar residents’ bar and lounge.
The rentals’ exhaustive list of amenities reads like offerings from a condo building: a yoga and Pilates studio, private spa and treatment rooms, juice and health bar, personalized training services, dynamic-energy studio, private locker rooms, children’s play room, catering kitchen, private event space, landscaped park and fountain, concierge service, sheltered porte cochere and underground parking.
“This neighborhood needed a shot of adrenaline, something refreshing,” said Stern in 2016. “We’re bringing a dynamic piece of architecture.”

Best Bragging Rights: The landmarked Woolworth Building was originally built in 1910 and is one of the most recognized buildings in New York City.
After Alchemy Properties president Kenneth Horn’s firm purchased the top floors with the intention of converting them into luxury condos, he put together a team that would painstakingly create luxury homes while honoring the building’s rich history.
“It’s a great responsibility because of the building and because of where it’s situated and how it’s known in the world,” said Horn.
The Woolworth Tower Residences have 33 units starting on the 29th floor of the building, while floors 28 and below will remain as commercial office space.
Prices range from $4.57 million for one-bedrooms, to $26.4 million for a full-floor residence.
Amenities include on-site parking in the building’s attended garage, a 24-hour doorman and concierge, an indoor pool with spa features as well as a sauna and hot tub, an entertainment lounge on the 29th floor, a fitness studio on the 30th floor, bike storage, and a wine cellar with a tasting room for residents.
“There’s a love affair with the Woolworth Building in general,” said Stan Ponte, who leads sales on the project. “I think real estate agents love a good love affair, and they are in love with the Woolworth tower and it’s almost hard to describe. I would say there’s a love for the building, and the building delivers on the hope that it will be extraordinary.”

550 Vanderbilt
Forest City Ratner & Greenland USA
Best Bonus (A Public Park): 550 Vanderbilt is the first building to open at Pacific Park Brooklyn, the 22-acre site near Downtown Brooklyn that will ultimately have 16 buildings and 350,000 s/f of public park space once completed.

The 218-unit condo, designed by architect COOKFOX, has 10,000 s/f of amenities. They include a massive gym, a large amount of lounge space, a library that was created in partnership with bookstore McNally Jackson, and a roof deck where residents can grow their own vegetables.
“What we’re really selling is a new neighborhood,” said Ryan Serhant, who is leading sales at the building. “This is the first chance to own in a building inside of a park. How often do you get the chance to do that in New York? It’s a great deal for people who don’t want to look back and say, I wish I did that.”
The tower first launched sales in June 2016. This summer, the development team brought in Serhant and his team from NestSeekers to close out the tower.
“People love brownstone living, but after doing it for decades, it sort of gets harder and they want full-service building living,” said Susi Yu, executive vice president of development at Forest City Ratner. “I think that offering has not been regularly available in the Prospect Heights area, especially with a designer like Rick Cook, who did 150 Charles and 1 Bryant Park.”

Best Details: The 521-foot tall residential building, located on 88th Street between Lexington and Third Avenues, will be the tallest building above 72nd Street once completed.
The vision for the building was inspired by classic elements of Upper East Side architecture, married with modern, European-style design.
“When we thought of the Upper East Side, we thought of traditional Manhattan, it’s a very long standing neighborhood, extremely traditional, a lot of masonry, and we felt that a masonry building was the most appropriate for the area,” said DDG chairman and CEO Joe McMillan last year.
“We thought something that was too modern, that had too much of a glass component, was not appropriate for the neighborhood.”
The 48 units will have ceiling heights of up to 14 feet, and up to 28 feet for duplex units. Units will range from  lofts to five-bedrooms, full floor and duplex units and a  triplex penthouse. Wood floors are imported from a Benedectine monastery in Austria, and the bricks used in the facade are handmade from Petersen Tegl in Denmark.
In the units, lobby, and facade, the design is inspired by cathedrals of Europe, with swooping, Gaudi-esque arches within the units.
“All of our buildings have a thread,” said McMillan. “You’ll see consistent details from the outside all the way to the inside.”
And although the building faced setbacks after community groups and the City opposed the project regarding height and zoning issues with the building, according to Streeteasy, several units are in contract and several units have already been purchased.
The building’s completion date is listed as sometime in 2018.

No room for ivory towers in Arik Lifshitz portfolio