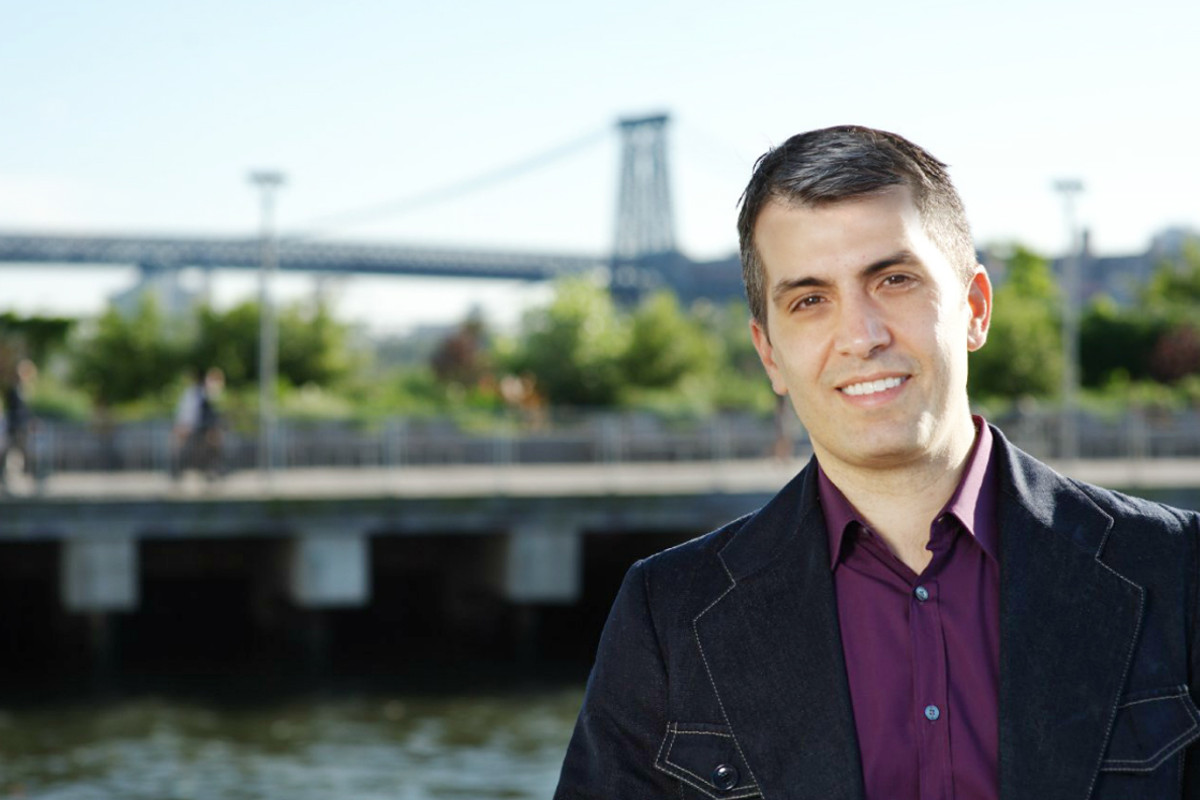 Ralph Modica, a broker for Douglas Elliman, claims that working in real estate has had a profound effect on his outward appearance.

“I would say that I got very gray,” he said, referring to the neatly cropped strands on top of his head. “I’m turning 49 in September and I looked like I was in my early 30s probably four years ago. Now, it’s different.”

In spite of the detrimental effects real estate has had on his ageless looks, he does not regret switching careers and abandoning a video editing career that lasted for about two decades. Modica, who heads the eponymous Modica Team at Douglas Ellliman, has only been working as a broker for five years. Nonetheless, his relatively short stint in the industry, part of which was spent part-time, has been very profitable, and he’s closed his biggest deals in his own backyard, in the increasingly expensive Brooklyn neighborhood of Williamsburg

He recently flirted with the sales record in Williamsburg with Penthouse 4 at 2 Northside Piers. The unit, a duplex on the building’s 30th and 31st floor, was listed for $3.95 million last April, higher than the record of $3.6 million set by another penthouse unit in the same building. He also recently closed a deal for a two bedroom condo at the South Tower of Williamsburg waterfront property The Edge. The property, which was bought by feminist performance artist Gretta Sarfaty, was sold for $1.85 million.

While his real estate career has inflated his bank account, Modica said that his migration to the real estate industry was not entirely financially motivated. He talks about his time as a video editor for VH1, A&E and the History Channel with a lack of enthusiasm that is appropriate for a trip to the supermarket.

“I think, for one thing, the industry that I was in was a little bit isolating. Being a video editor, being in front of a computer, there’s not a lot of social part to it. And doing something for so long, there was a point where I just think I wanted to try something new,” he said.

While the outside observer may consider real estate to be a step back in creativity compared to a job in the media industry, Modica claims that his new career has enabled him to widen his creative pursuits to new expanses. “I actually found this to be not what I thought it would be,” he said. “I find that it’s more creative than what I was doing before. Before, I was told (what to do). There were instructions. You’re working with a producer. You’re basically just following commands.”

Saying that he needs to be “filling and feeding that creative well,” he has translated his expertise in photography and film into his new career. He basically lures prospective buyers with artwork disguised as marketing material. He gives out pop-up greeting cards and floor plans carved into chocolate bars that would not be out of place in a Williamsburg boutique.

“To me, the average person is used to the template and the same-old, same-old. So I started to think about what would be interesting for someone to look at and actually take it in; that has a concept and something different about it.  That’s the core of how I developed my business,” he said.

Business, to use a tired phrase, is booming. It’s vastly different from when he first started as an assistant to Lawrence Rich (who recently joined Brown Harris Stevens) and Victoria Shtainer (now with Compass). In August of 2011, he defected to CORE with Rich, staying there even after his boss left for Douglas Elliman a few months after. He eventually made the same move to Douglas Elliman in June of 2013, and he has stayed there since.

When he moved to Douglas Elliman, he felt that he had enough going on that it was unnecessary to be someone’s subordinate. “At that point, I didn’t want to be on a team. I had a lot of my own business in Williamsburg and I had a lot on my hands,” he said.

Forming a team became a necessity because, as he puts it, he “couldn’t be in two places at once.” He spoke about his team’s first member, Michael Breen, describing him as “communicative” and “responsible.” However, it seems the traits he wanted in team members were more basic.

“At the time, I just needed someone that can show up. Basically, be present and be enthused about what they’re doing,” he said.

Modica claims that his team operates with “an element of humor and fun.” This has been their method in closing deals from anywhere between Long Island and Long Island City. While the stress of a leadership position may not do much for Modica’s growing collection of gray hair, at least there’ll be laughter involved in the process.