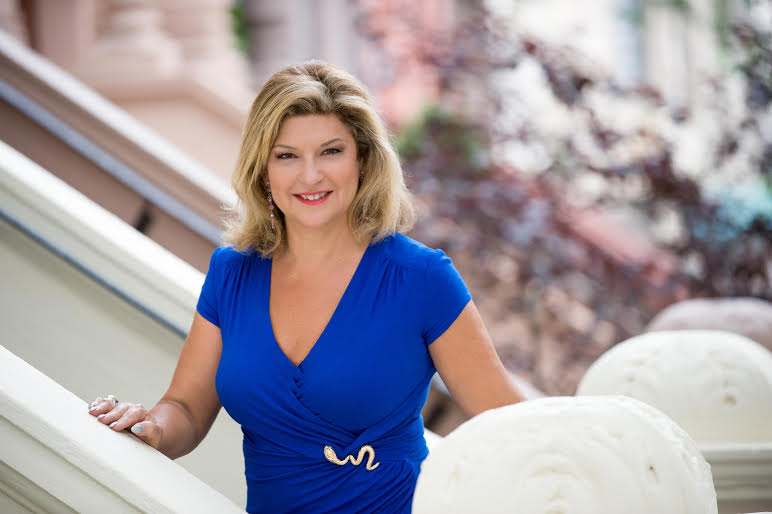 A day in the life of billion dollar broker Jacky Teplitzky

On a warm mid-summer day, not far from the southern border of Central Park, one of the senior members of Jacky Teplitzky’s team is prepping an open house at a nearly 3,000 s/f co-op.

Before the first arrivals begin to filter in, William Martin gives Brokers Weekly a tour of the home.
Though spacious for a Manhattan apartment and in good condition, the unit is a tad outdated and would likely require a remodel by whoever chose to buy it.

It’s not a selling point, but my tour guide doubts it will slow down demand. Not on Jacky’s watch.
He checks up on the gourmet ice cream bar that he’s arranged on the dining room table. It’s seemingly a minor, arguably irrelevant detail. In a property with an asking price of just under $3 millin, how much leverage does mint-chocolate chip really give a sales team?

“What can you do in order to bring more people to the table?” Teplitzky says almost immediately after entering the home and glancing towards the table of treats.

Fresh from another meeting with a foreign client who’s on the hunt for a pied-a-terre and a recent three-week business trip to Brazil, her focus has immediately shifted to the open house.
Like a sports car gliding into a higher gear, the Douglas Elliman superstar transforms from international point of contact to task manager.

“Instead of doing a typical open house with sandwiches, we did ice cream,” Tepliztky said, referencing the draw of the universally loved treat in the middle of a rather hot week.
It’s clear that even this minute detail was her decision.

While creating a warm and attractive environment for potential buyers is far from going above and beyond the call of duty, Teplitzky’s involvement in the minutia could seem a bit unorthodox given that she heads up a team that’s already sold more than $1 billion of property both here and in South Florida.

It’s because of this team’s success that Brokers Weekly has dropped by what would otherwise be a routine open house. We want to know what makes Teplitzky tick and what a typical day in her world is like.

A former sergeant in the Israeli army, she is among the top one percent of New York City’s nearly 30,000 licensed real estate brokers and is within the top one percentile of Douglas Elliman’s 3,300-agent network, according to the firm’s website.

“When I started in real estate, I had four jobs. I worked in real estate. I was a consultant for tourism companies. I sold prepaid phone cards and I did consulting for a company that wanted to come to the US,” Teplitzky told Brokers Weekly, mentioning that she needed more than an ordinary calendar, but a spreadsheet to manage her responsibilities.

“Every single company that interviewed me asked me one question. ‘Who do you know?’”
Spoiler alert: Teplitzky knew no one.

A new arrival to the country, Tepliztky thought a past life of military training and corporate experience alone could allow her to succeed in New York real estate sales. She realizes now how wrong she was.

“At that time, you had to be married to a lawyer, a Wall Streeter, a doctor,” continued Teplitzky, who also hadn’t been educated in the U.S. and therefore had no alumni-based leads to help get a foothold in the real estate scene.

Eventually, a smaller company that no longer exits gave Teplitzky an opportunity after the big names turned her down.

In a year’s time, she had sold enough studios and one bedrooms to generate attention from Barbara Corcoran, founder of the New York behmoth.

A business plan written on a cocktail napkin (written by Corcoran herself) and the suggestion of hiring a publicist later, Teplitzky began to climb upwards from smaller listings and, before long, was dealing top-tier properties.

“You can be the smartest kid on the block,” Corcoran told her. “But if nobody knows your name, you’re not going to succeed.”

So Jacky brought a strengthened entrepreneurial spirit to her new home. When the business was sold, she became open to new opportunities and soon found one with Douglas Elliman.

“I did not want to jump ship unless I had absolute assurance that I could do business within the business,” she said. The assurance came. Now Teplitzky runs an outfit of Douglas Elliman that appears to be it’s very own brokerage.

“There are things you’re not going to like about my decisions,” Teplitzky said while describing what it’s like managing a group of the industry’s strongest talents. “But I am the decision maker. So when I say something, no argument. That’s it. You can’t argue. I am their sergeant.” She adds the last part with a firm but gentle laugh.

But if she’s going to manage her fleet of residential specialists, she has to manage herself.
So her typical day starts with a focus on Jacky, and only Jacky.

At least four days a week, Teplitzky starts her day with a morning workout. This is the time that she dedicates to enhancing herself, not her business.

By 9 a.m. she’s having her coffee and organizing last minute details for the specific day in front of her.

Though it may seem like downtime, this piece of her schedule is crucial, because no two days ever match.

“I have a client here from Brazil,” she says referencing the meeting she had that morning. This particular potential buyer began his New York City home search two days earlier and sadly was uninspired.

Tepliztky then proceeded to call an audible on her schedule and retreated to the client’s current lodgings. There, she personally worked through a plan with him in order to more properly pinpoint his ideal home.

On the car ride between the Brazilian shopper’s second round and the current open house, Teplitzky squeezed in extra prep for an Argentinian client who would be meeting with her ilater that afternoon.
Despite the multiple meetings, the day Tepliztky sat down with Brokers Weekly was rather low key. She wasn’t needed in Miami, where a portion of her team represents Douglas Elliman.

She wasn’t expected in a classroom to fulfill her role as an adjunct professor at NYU (though she said to expect an online course authored by her in the near future for the school). There were no speaking engagements that needed an hour or two of her time and her children were occupied with their own constructive pursuits.

But the relative predictability could vanish at any time. Which Teplitzky relishes.

“Things can change like this,” she says while snapping her fingers. “Forty percent of our clients are international so they don’t tell you necessarily ‘Oh, I’m coming,” said Teplitzky, who added they can often call at a moment’s notice after touching down in the States.

“I think the problem with any human being is the routine. When you get into a routine, you are so concentrated in your own business, you don’t see what’s happening around you. It’s day in and day out.”
So Teplitzky opts to be flexible. She makes it a point to stop into the physical office almost every morning, but in reality the office is just walls. She’s a mobile brokerage.

“I don’t think it’s normal. I don’t want it to become normal because that means I’ve become bored if it becomes normal,” Teplitzky said about the fluidity of her schedule before joining Martin in giving a potential buyer a tour of the co-op.

If the day Brokers Weekly chose to snapshot is any indication, Teplitzky won’t be bored in the near future.