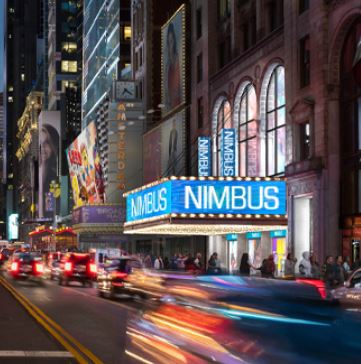 Joshua Strauss, Jason Wecker and Scott Zinovoy were retained by Steven Elghanayan’s EPIC Real Estate to re-tenant the space in the famous Candler Tower when the restaurant closed the marquee location earlier this year.

“220 West 42nd Street presents the perfect opportunity for a retailer, entertainment attraction or restaurant to maximize exposure by taking advantage of the massive and iconic marquee and world-class Times Square location,” said Strausss, an executive managing director with NKF.

“McDonald’s proved to be an extraordinary success at the space for many years, so we can easily envision another national quick-service or full-service restaurant being attracted to the opportunity and taking advantage of the extraordinary pedestrian traffic created by the adjacent transit hub and the movie theaters/entertainment tenants along 42nd Street.”

McDonald’s shuttered the restaurant at the start of the COVID-19 pandemic as part of a previously announced plan to focus on its new flagship at 1530 Broadway that opened last May.

“McDonald’s reviews its restaurant portfolio on a regular basis to make the best decisions for our business moving forward,” a spokeswoman told REW. “The closing of the 42nd Times Square restaurant, which was planned before the pandemic, was a difficult decision, but allows us to focus on serving customers a few blocks away at the new flagship McDonald’s on 45th and Broadway and in the neighboring communities.”

McDonald’s opened the 42nd Street location in 2003 and it became an instant hit with 7,000 light bulbs lighting the entrance and dazzling the 56,839 pedestrians that pass by every day.

Last year, EPIC announced a plan to upgrade the property, which was built by Coca-Cola magnate Asa Griggs Candler in 1914 and labelled the Candler Tower.

The 24-story building is listed on the National Register of Historic Places as “a prime example of the architecture of the era”  and it was triple net leased to McDonald’s and entertainment firm, Live Nation, which occupied the upper office floors until it relocated to a new 100,000 s/f headquarters at 430 West 115th Street

EPIC has plans underway to refurbish the retail component, increasing the size by an additional three or four floors. Phase 2 involves renovating the upper floors before releasing them, either as offices, or converting them into prime-location hotel rooms.

The building occupies space on one of the busiest streets in Manhattan with neighbors including Chase, Hilton Hotel, LOFT, Modell’s Sporting Goods, Sephora, Starbucks, Steve Madden and The Westin Hotel.

Up to 20,000 s/f of additional retail space can be made available on the third and fourth floors and the block-through space offers loading on West 41st Street.