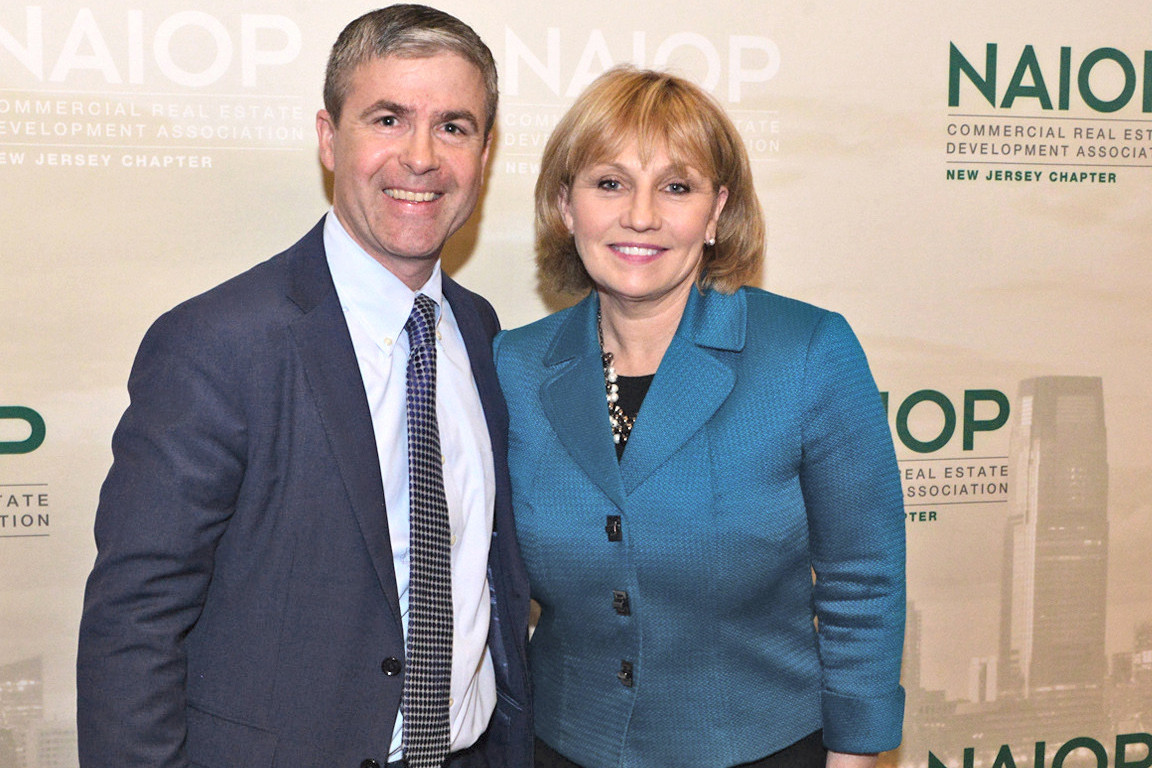 The leading Democratic and Republican candidates for the New Jersey’s highest office shared their vision for the future as NAIOP New Jersey hosted its Annual Public Policy at The Heldrich in New Brunswick.

A theme that resonated with all five candidates was the need to eliminate wasteful government spending. “We need to do a performance audit in Trenton and hire an independent attorney general to be the watchdog,” said Guadagno. “We cannot spend money we don’t have when people across our state are hungry and losing their homes.”

Another issue of critical importance to the CRE industry is funding for key transportation infrastructure projects.

“Our economy’s health is ultimately about transportation,” said Wisniewski. Citing his experience as the longest serving chair of legislative transportation committee, he said his goal as governor would be to further invest in the state’s Transportation Trust Fund.

NAIOP’s CEO Michael McGuinness asked candidates how they would build on the state’s incentives for economic development.

Wisniewski said that in many cases the state is “wasting money offering tax credits to entice companies to be in New Jersey, but the people working for these companies live outside the state. We need to take care of people who live and work here before we extend benefits to outsiders.”

Murphy noted, “Incentives absolutely have a place without exception, but I want to make sure they are a precision weapon, not a blunt instrument for economic development.”

Wisniewski and Ciattarelli emphasized the importance of investing in the middle class by focusing on areas such as property tax and public employee benefits reform, as well as ensuring balanced funding to support a quality education system. “My plan calls for overfunded school districts to return funding over a period of five years and give it to underfunded schools,” said Ciattarelli.

Discussing their plans for growing New Jersey’s economy, the candidates each spoke of the need to invest in attracting millennials and emerging industries.

“There is great opportunity here to attract and retain a younger, talented workforce,” said Ciattarelli. He cited a program spearheaded in Somerset County that identified emerging industries and provided training for the workforce needed to serve them.

In terms of attracting millennials to the state, the discussion focused on a range of issues including affordable housing, streamlining the project approval process and reforms that would make liquor licenses more accessible, especially for urban redevelopment projects.

Report: Midtown ranked as the sixth-most expensive office market in the world