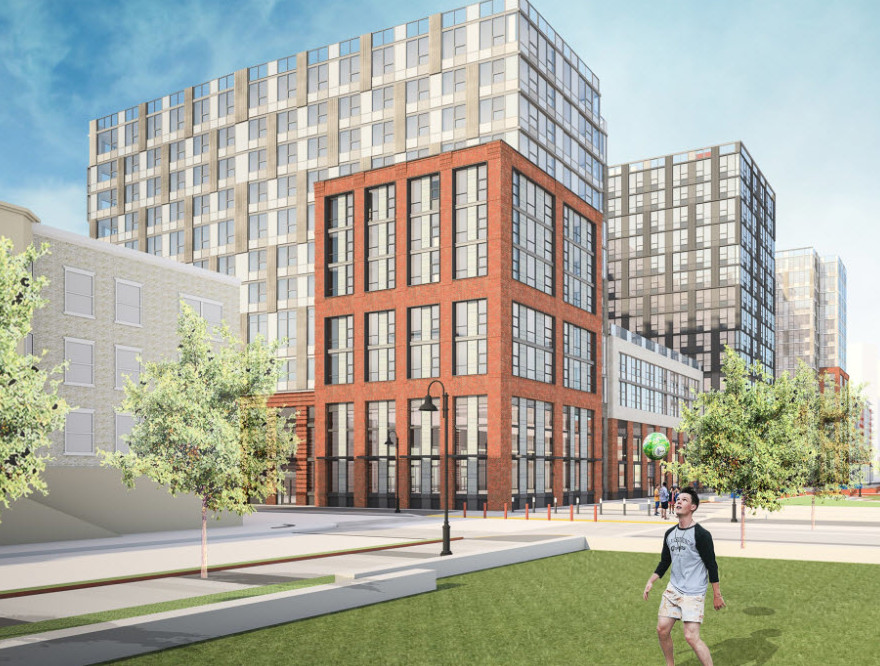 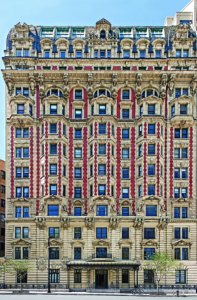 John Simonlacaj, HFZ’s Managing Director of Development, said The Chatsworth is being modernized with the features and amenities befitting of a contemporary luxury residence.
Each of the new apartments feature large, open spaces with high ceilings designed by Pembrooke and Ives. Amenities will include a lounge room, children’s playroom, game room with a private theater and a gym.
The Chatsworth’s historical and original underpinnings have been “maintained and enhanced”.
For Simonlacaj, the job of bringing such a rich history into the present was a challenging balancing act.
“Buyers of this market demand the newest and the very best,” he noted. “We are designing not only for the today’s expectations, but for homes that will feel current well into the future.
“At the same time, we tap into the building’s history and character to create a story and offering befitting of its unique context. All of this is done with extreme attention and consideration.”

A collection of fully renovated, mid-century-inspired apartments will soon be available for rent at The Drake, which is re-debuting as a luxury property in Rego Park, Queens.
The 419-unit project offers a mix of one- to four-bedroom units and a collection of amenities. 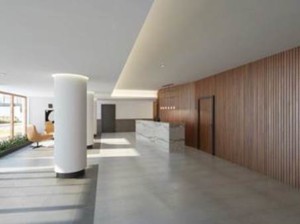 The first 100 remodeled units at the property are being leased at prices starting at $2,000 per month.
Modern Spaces was retained by the owner, Madison Realty Capital, as the exclusive leasing and marketing agent for the 16-story property located at 62-60 99th Street.
“Formerly known as Saxon Hall, 62-60 99th Street was given new life as The Drake with extensive renovations that elevated the building’s amenity package and in-home finishes. Named after a historic cinema, which was a lively social and cultural center in the 1950s, The Drake honors Rego Park’s rich history, while delivering upgraded high-end apartments to an area dominated by Tudor-style homes,” said Eric Benaim, CEO and Founder of Modern Spaces.
As part of the renovations, Madison Realty Capital is transforming several of the building’s common areas, including the lobby, the hallways and the exterior.
Amenities include a fitness and wellness center, pet spa, resident’s lounge, children’s playroom and laundry room.

Bijou Properties and Intercontinental Real Estate Corporation have broken ground on a new 424-unit luxury rental building in Hoboken.
The development at 700 Jackson Street will include a 6,835 s/f public gymnasium, and a two-acre resiliency park.
The 14-story mixed-use rental building has been designed by Marchetto Higgins Stieve Architects and will include luxury residences, 90,000 s/f of amenities, including a penthouse pool and roof deck, and 25,000 s/f of ground floor retail space.

The adjacent two-acre park will be split between a one-acre open grass area and children’s playground and a one-acre public plaza designed for active and passive recreation uses.
Construction is expected to be completed in mid-2019.
The project – which is rising near the 9th Street Hudson-Bergen Light Rail Station – is part of the larger redevelopment of Hoboken‘s western edge into a pedestrian-friendly neighborhood.
The new building follows in the footsteps of Vine, a 135-home luxury rental completed by the two prominent development companies at 900 Monroe Street in Fall, 2015.

110 roofs painted white as Stuy Town looks to cool down