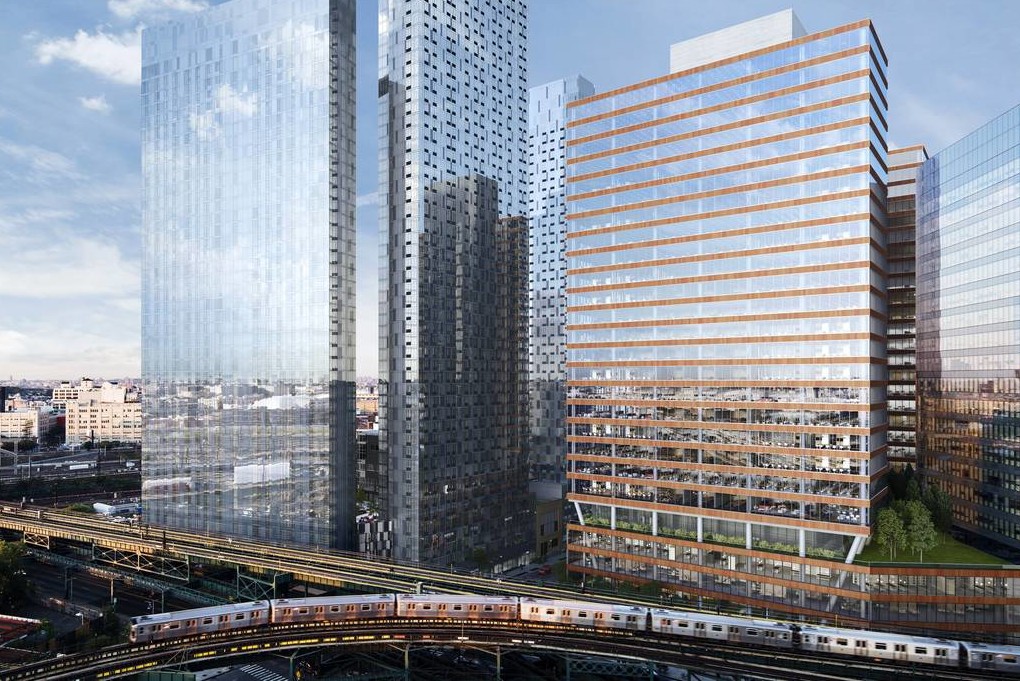 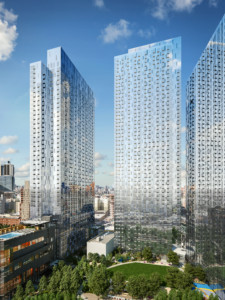 Tishman Speyer has unveiled new renderings for Jackson Park, its trio of high-rise luxury rental towers with over 1,800 apartments and 120,000 s/f of indoor and outdoor amenities including a private, 1.6-acre park.

Residents will have exclusive access to a standalone five-story, 45,000 s/f amenity clubhouse with below grade connectivity to each of the three residential towers.

Leasing is slated to launch in the fall with move-ins for the first residential tower anticipated by year-end.

“Tishman Speyer is a pioneer in Long Island City, which has established itself as New York’s most dynamic and sought-after neighborhood. We are excited to deliver a truly 24/7 community where New Yorkers can live, work and play, complete with best-in-class amenities and convenient access to everything New York has to offer.”

Comprised of two 26-story towers and 1.2 million-square-feet of office and retail space as well as a one-acre landscaped terrace, the JACX is more than 70 percent pre-leased to fashion and tech companies including WeWork, which plans to open a 250,000 s/f location.

Jackson Park and the JACX will be Long Island City’s largest mixed-use development and, once completed, will feature over 55,000 s/f of retail space including a gourmet market, food hall, coffee shop, restaurants and boutique fitness offerings.

In addition to its work in Long Island City, Tishman Speyer recently began construction on the Wheeler, a creative office development in Downtown Brooklyn.

ON THE SCENE: Commercial sales and exclusives under $10M