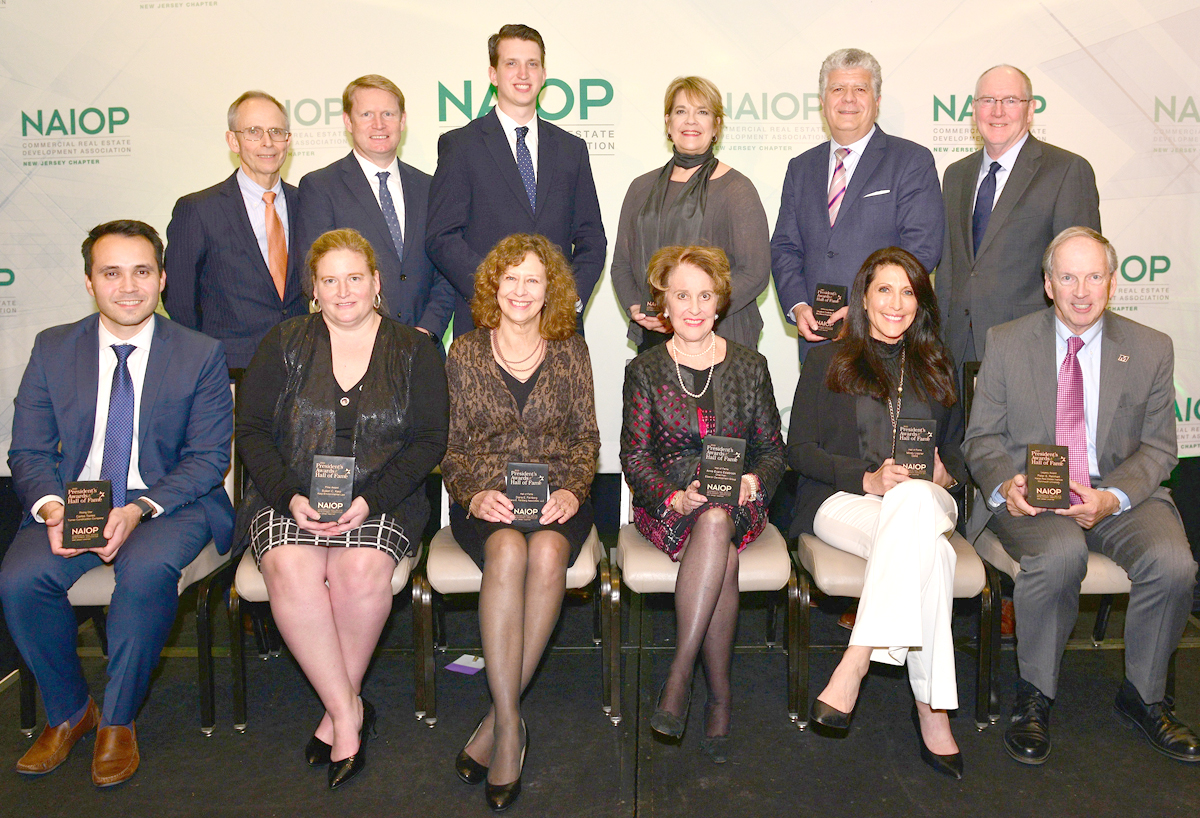 More than 300 commercial industry leaders joined NAIOP New Jersey last month in recognizing the contributions of its volunteer leaders at the chapter’s 15th Annual President’s Awards and Hall of Fame Dinner. The 2019 nominees to the commercial real estate development association’s Hall of Fame were also inducted during the event, which was held at the Hilton Meadowlands. “Volunteers are what make any membership organization great, and NAIOP NJ is no exception,” said the association’s president, Gene Preston of Dermody Properties. “Each of you who holds a leadership position, serves on a committee, sponsors an event, speaks at a seminar, or contacts public officials in support of our advocacy efforts has played a part in making NAIOP NJ what it is today: respected among policy makers, effective in Trenton and valued by CRE veterans and developing leaders alike. Three industry icons and longtime chapter members were inducted into the NAIOP NJ Hall of Fame: Anne Evans Estabrook of Elberon Development Group, Mindy Lissner of CBRE and Diana Fainberg of Diana E. Fainberg Associates, LLC.

The 2019 President’s Awards honorees are: Peter Reinhart, director of the Kislak Real Estate Institute at Monmouth University, who was honored with the Legacy Award; Susan Karp of Karp Environmental Law, who received the Pillar Award in honor of the example she sets in active membership, leadership and support for the association’s advocacy program; Dana Nalbantian of Gensler, who was presented with the Volunteer of the Year Award; Steve Santola of Woodmont Properties LLC, who received the Advocacy Award in recognition of his experience, and leadership work in public policy; Carlos Torres of Turner Construction Company, who received the Rising Star Award for his enthusiasm, engagement and dedication to recruiting volunteers and donors in support of NAIOP’s Community Action projects; and Robert Thomson, who was honored as Student Member of the Year. The evening also included the presentation of the Frank D. Visceglia Memorial Scholarships to youth involved in scouting whose service projects demonstrate strong leadership skills. This year’s recipients are Eagle Scout Eli Gemeilhardt of Fair Lawn, and Gold Award Scout Olivia Grace Bellek of Flemington.

Affordable housing for seniors and formerly homeless rising in Queens