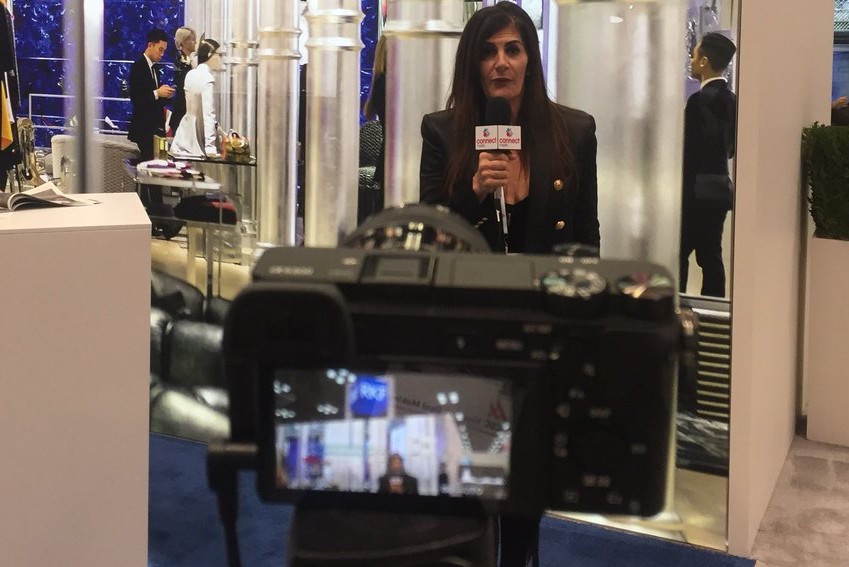 LAS VEGAS: Much has been said and written about the demise of brick-and-mortar retail, but that negativity didn’t make its way into the Las Vegas Convention Center during this week’s ICSC Real Estate Conference.

In fact, RKF vice chairman Karen Bellantoni found the vibe to be downright enthusiastic among the industry leaders in attendance. 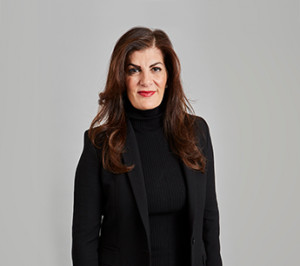 “Anyone that I’ve meet with and anyone who’s around seems very upbeat, in general, about deals, about deals that are closing and potentially looking at new spaces,” she said from within the

RKF corral in the venue’s central hall. “In general, people seem to be in a good mood.”

However, the 25-year industry veteran has managed to keep her head above the dark clouds hanging over the retail industry for quite some time. In some ways she’s been as busy as ever representing elite brands such as J. Crew and Apple as well as top-tier landlords like the Related Companies and the Howard Hughes Corporation, and her work takes her to all the biggest markets in the country.

“May has been crazy busy and June is already projected to be busy as well with more people looking at space and things getting leased up,” Bellantoni said.

In that way, this week is not so unusual for the leasing expert who spends her time crisscrossing the country, except that it’s condensed into three days, she has a new meeting every half hour and much of it is compressed into Sin City’s two million s/f convention center — when its not taking place poolside by the Wynn, that is. “I believe this is my 28th show and it keeps changing every year,” she said.

Bellantoni found the 2018 version of ICSC to be a bit abbreviated, with many of the REITs quarantining their meetings to Sunday and Monday before getting out of dodge early.

She said there were also some noteworthy absences, with many of observant Jews opting out of this year’s convention because of Shavuot, but the overall turnout remained strong.

“I’m staying at the Mandarin, but a lot of the buzz this year has been at the Wynn and the Encore,” she said. “And even though the Syrian Orthodox community isn’t here because of Shavuot, I still think this has been pretty well attended. It’ll be interesting to see the numbers.”

Bellantoni said RKF has seen a strong and steady flow of business since the third quarter of last year with growing interest in shoes, athletic apparel, cosmetics and various service sectors, especially in western markets such as Dallas, Seattle and Denver as well as up-and-coming smaller cities such as Nashville, Louisville, Kentucky and Asheville, North Carolina.

Though, she notes that: “New York is always going to be New York and you’re never going to do more business anywhere else,” with SoHo currently reigning supreme.

Bellantoni has also seen opportunities from an unlikely source: the e-commerce world. Many e-tailers, companies that were born online, are expanding into brick-and-mortar locations, a development that comes with its own learning curve.

“It’s more of an education,” she said. “They need a little bit of special treatment in handling the real estate end of things because it’s not something they’ve had to deal with in the past.”

As far as the adverse impact of e-commerce on what she does, the idea that the increased prevalence of online shopping is making it harder for traditional stores to stay in business, Bellantoni believes it is often overblown.

In particular, she sees industry observers over-emphasizing the appeal of e-commerce to younger customers. While she sees millennials spending money differently, she doesn’t see them abandoning physical retail altogether.

“People talk constantly about millenials, how they shop and where they shop, that they’d like to buy everything online, but I have a millennial and I can tell you that’s not true,” she said. “Millennials aren’t buying clothes on Amazon.

“A lot of it’s being over-exaggerated,” she added. “It’s an easy way to go out, to just say e-commerce is hurting our business.”

In addition to having the in-house resource of a millennial daughter, Bellantoni said she knows what works in today’s retail market by doing what RKF does best: pounding the pavement and learning the market first-hand.

An Ohio native with a Communications degree from Ohio University, Bellantoni entered the retail world as a buyer for the May Department Store Company in Canton, Ohio.

That job brought her to the Big Apple on a regular basis, feeding a love for the city that she said began when her father brought her to New York as a child. After a brief stint in Charlotte, North Carolina as a merchandiser for Belk Stores, she made the move to New York in the late 80s, taking a job at Corporate Property Investments — now known as Simon Property Group — as a merchandising specialist before transitioning to the brokerage side of the company.

At CPI, she learned the value of finding the perfect match between retailers and property owners as well as the finer points of helping tenants reach their full potential. In 1999, shortly after

After working in retail for three decades, Bellantoni has grown accustomed to the market’s constant gyrations, rotating between pro-tenant and pro-landlord, booming and bursting. The more things change, the more she’ll try to stay the same.

“Whenever you stray away from your strengths are, your weaknesses are going to show,” she said. “My long-term plan is to keep doing what I’m doing, but my advice is really that you can’t fluff this. You can’t make it up. If you don’t have the answer its okay to say I don’t know that, let me get back to you.

“I believe it’s important to be honest,” she added. “Though I’m from Ohio, so I have that Midwest thing that you just can’t lose.”