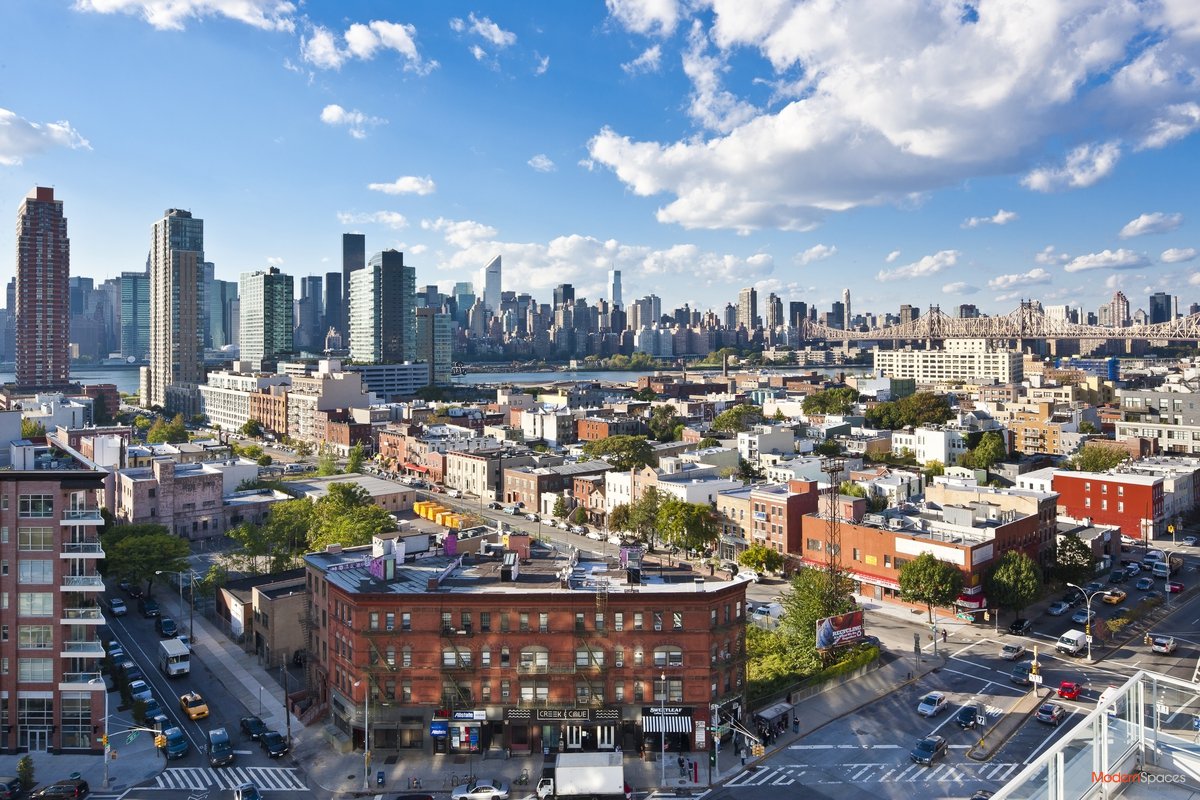 Arlinda Dine, executive director of marketing at Modern Spaces, has been in the real estate game since 2003. She got her start on Fifth Avenue, working part time for the Marketing Directors Inc., a company that specializes in marketing solutions for residential buildings.

Less than three years later she had earned the rank of onsite administrator, handling projects such as One Brooklyn Bridge Park. Soon she moved on to what would become MNS, acquired her license and transitioned from administration to the frontlines of sales.

Though she hadn’t intended on entering the industry upon graduating from Hunter College, Dine was excelling at it.

“It’s not necessarily what I thought I could do when I started college but I stared working there part time and it just became a thing. I love it now,” Dine told Real Estate Weekly.

“I went to school for economics and you can do a million and one things with that. I was doing economics and working in real estate and project management really encompasses all types of things that you can do within the job.”

But while Dine may have unexpectedly wandered into the real estate world before making an impact at her first job, the move to Modern Spaces was nothing short of intentional.

“Eric (Benaim, the president and founder of ModernSpaces) got in touch with me, we discussed what he was doing with the company,” Dine said. The company’s unique approach quickly enticed her and in 2012, the “best job” she has ever had was hers.

Today she oversees approximately 25 buildings at a given time. She plays a role in every step of the development process, helping to navigate both the financial and sales side of the property. On a daily basis, Dine is taking developers through the offering plan and bank approval processes.

In addition, she’s overseeing market research, staffing her projects, as well as setting up sales and leasing offices. It’s a perfect balance executed with total awareness of the development landscape.

“I really enjoyed the philosophy of the company and the family-like environment,” said Dine who appreciates the Modern Spaces’ approach to sales.

The firm encourages agents to “live and breathe the area” in which they are marketing and to “come from a position of strength and not necessarily of weakness,” she said. “That’s worked very well for us.”
Right now Modern Spaces is certainly living and breathing in Queens.

“One of the reasons why developers have become so interested in investing in Queens is prices in Manhattan and Brooklyn have skyrocketed,” Dine said while discussing one of her latest projects, The Grove in Astoria.

The building is currently 50 percent leased with 8 units still available for rent. Seven of those are of the one bed/one bath variety and cost about $2,500 per month in rent. One of the available selections has two bedrooms and runs $3,700.

The luxury building, which ModernSpaces describes as “modern, enduring, hip,” is situated near the Kaufman Arts District in Long Island City.

“It would be a natural progression for Queens to become a cool, hip neighborhood,” Dine said, affirming Modern Spaces’ stance on one of the most rapidly growing and “culturally enriched” areas in the five boroughs.

“(Astoria is) an established, dynamic neighborhood,” reads the company’s description of The Grove’s surroundings, “that gives people access to the best creative institutions the city has to offer, all amidst stunning skyline, bridge and river views. Midtown Manhattan is only minutes away via train, tunnel, or bridge, but you will have no reason to leave Astoria when looking for a vibrant nightlife and cutting-edge art scene. The area recalls the timeless appeal of old New York, but comes alive with the trendiest restaurants, cafes, and boutiques.”

While Queens has attracted a wide variety of new residents in recent years, its proximity to Manhattan and relatively affordable housing market has attracted one key demographic in particular.

“Young professionals that live in Long Island City and work in Midtown,” are keeping Modern Spaces quite busy according to Dine. “Being able to have one train stop of a commute is a really big plus.
“You get away from the hustle and bustle of New York City but you’re still so close,” she added. “There’s also a lot of diversity.”

While Queens and the fellow boroughs will be sopping up Manhattans overflow in demand for the foreseeable future, Dine understands that even a wealth of potential tenants will not lessen the need for a quality product.

She also sees an opening for those looking to make permanent investments in Queens before values significantly climb.

“There’s a lot more rental apartments coming to the market and we can see that the prices of rentals are going to plateau,” Dine said. “There’s so much supply. But condo prices are going up. I see condo prices in LIC going up $2-300 more a foot in the next three years,” she added.

One example of a Modern Spaces condo offering is The Jackson in Long Island City which will officially open its doors during the midpoint of 2017. Condos available at this property span a price range of about $725,000 to $4 million.

For those looking to move in immediately, The Corner is another purchasing option in Queens. Located at 47-28 11th Street, the building has availabilities that hover around $1.5 million.

As Modern Spaces continues to grow it’s sizable portfolio of developments, they will have Dine with them leading the charge.

Report details which New York City commutes are the longest