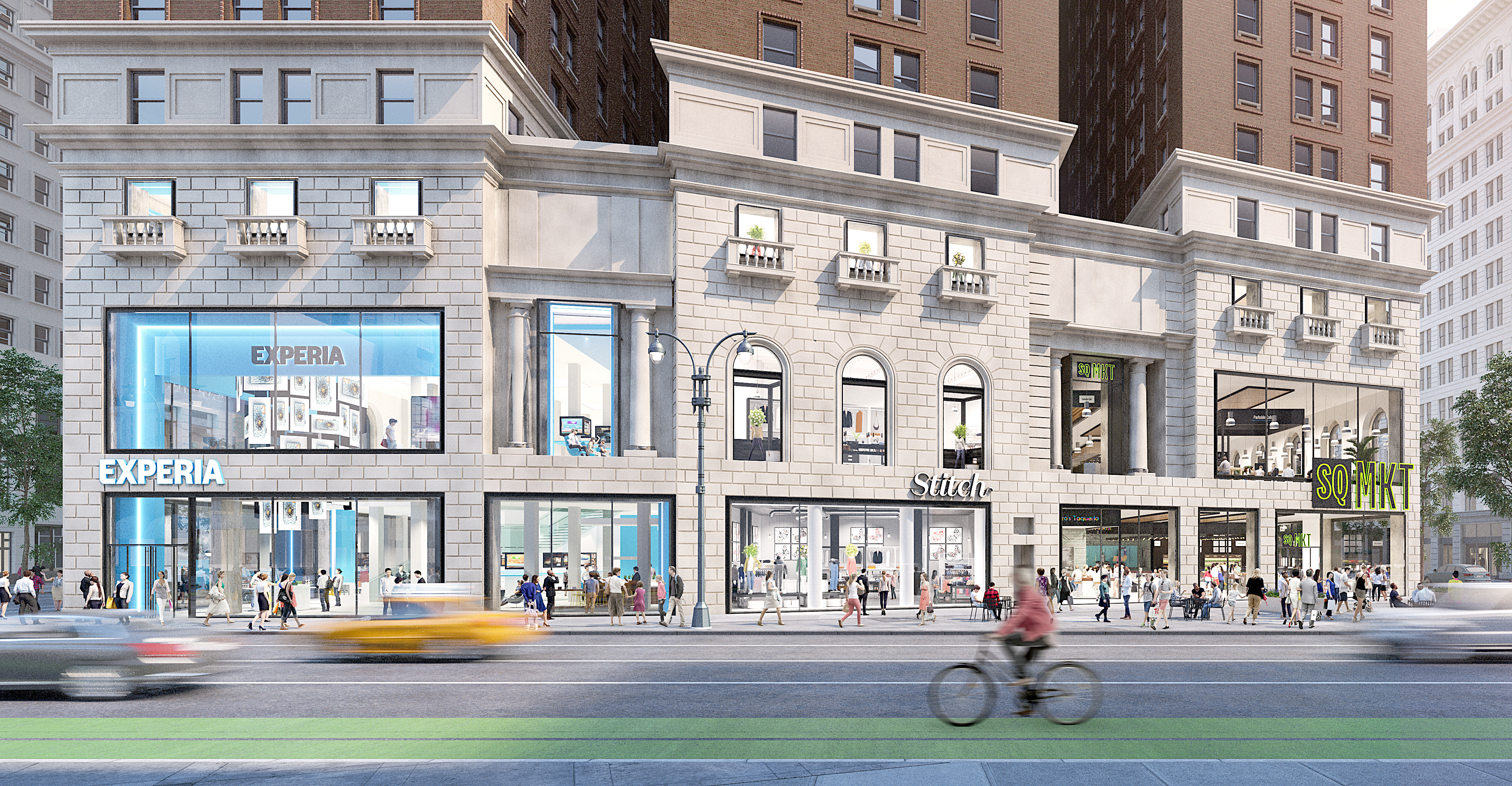 The Retail at Herald Square | 34th & Broadway, which it will be called, is comprised of over 110,000 s/f of space across four floors.

“The Retail at Herald Square | 34th & Broadway is a once in a lifetime retail opportunity to plant a flag in the most dynamic market in the world. We are excited to have the distinguished group at RKF spearheading this major transformation of a New York gem,” said JEMB Principal Louis Jerome.

The Retail at Herald Square | 34th & Broadway’s most impressive attribute is the exposure it offers.
With more than 470 feet of wraparound frontage — 200 feet on 34th Street, 207 feet on Broadway and 65 feet on 33rd Street, it creates a sense of fluidity and can accommodate either a single user or multiple flagship stores. The restoration of the building will also include new retail storefronts.

“Our deep retail expertise and track record of successfully repositioning similar projects makes us a perfect match for this assignment, and we are thrilled to have been chosen by JEMB,” said Futterman.

“The retail spaces at Herald Towers are a once-in-a-lifetime opportunity for innovative, leading brands, with the building being repositioned for the new age of retail. As shopping experiences becoming as important as the products being sold, Herald Towers defines the juncture of major arteries—and is steps away from one of the city’s largest commuter hubs and at the heart of one of most lively and vibrant retail corridors in the world.”

Once the world’s largest and grandest hotel, the one million-square-foot Herald Towers was built in 1912 and extensively modernized since, rising 26 floors above one of the most prominent residential and retail centers in the world.

JEMB has been instrumental in the steady improvements of Herald Square over the past decades. The company’s $50 million transformation of Herald Center, located at 1293–1311 Broadway, which now is home to the world’s largest H&M store, paved the way for the redevelopment of many retail spaces in the area.

In addition, the ongoing restoration of Herald and Greeley Squares pedestrian plazas — former concrete wastelands in the middle of the square — are now bright spots in the heart of the District.

There are future plans to activate the plazas, which will draw more visitors to the market.