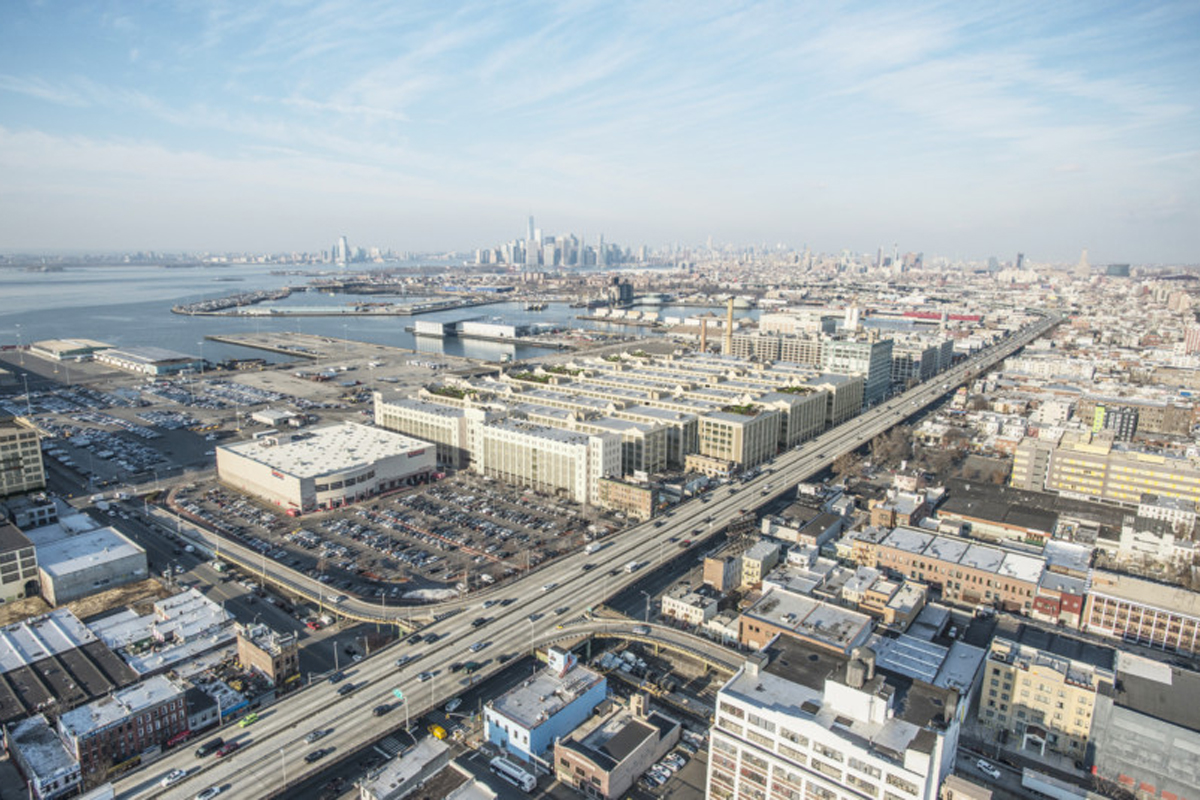 The city’s Planning Commission has recommended a rezoning of Industry City in Brooklyn that proponents says could create over 20,000 new jobs.

“After considering the facts, including that the proposal will lead to the creation of 20,000 good-paying jobs and generate $100 million in annual tax revenue, the City Planning Commission has now recommended that the plan be approved,” said Andrew Kimball, CEO of the 35-acre waterfront campus that houses some 550 companies.

“We will continue to make the case for this proposal and look forward to working with the City Council and other community stakeholders as the approval process enters its final phase.”

The decision came despite opposition led by local council member Carlos Menchaca to the plan by the property’s owners, Belvedere Capital and Jamestown Properties, to add one million square feet to campus with more than 600,000 s/f of classroom space, more than 900,000 s/f of retail space and increase the size of the property from 5.2 million s/f to 6.5 million s/f.

In giving her backing to the plan, CPC chair Marisa Lago’s said she believed the development would help rather than hinder the neighborhood.

She said, “Historically, the residents of New York City’s lower-income communities, and our Black, Indigenous and People of Color communities are the hardest hit by economic shocks – and they have for too long been left to fend for themselves. I believe that the Industry City proposal can help us to stop this cycle of neglect and inequity – help us to right a historical wrong.”

The planning chief said COVID-19 had brought the need for stable, local jobs into sharp focus.  “We know that for our city to function, we need both warehousing space and space for job-dense uses close to where New Yorkers live.

“The Industry City proposal can provide both – without public subsidies or public capital investments on the underutilized, privately-owned 30 acre facility – but only if we update our long-outdated zoning.”

With the city’s unemployment standing at 20.4 percent – five times that of last year – Lago said, “City government, in partnership with communities and the private sector, must never take its foot off the pedal of economic development. We must double down and create good jobs for New Yorkers at all skill levels – near where they live.”

Industry City is located within an area that the city has worked to transform into modern manufacturing hub that includes Brooklyn Army Terminal, a Made in New York campus, waterfront open spaces, and a wind-power assembly hub.

However, Industry City’s zoning restricted the manufacturing and commercial development approvals the owners said they require to reinvent derelict warehouse buildings on the site, formerly known as Bush Terminal, in a $1 billion transformation.

Following today’s approval from the CPC, Lago said in a prepared statement, “The work to revitalize Brooklyn’s waterfront has been – and will continue to be – done in close partnership with local communities and elected officials.

A coalition of business leaders that includes the Real Estate Board of New York (REBNY), the NY Building Congress and the Association for a Better New York hailed the progress of the rezoning.

“Industry City is not simply offering the “promise” or “potential” of new jobs, but has already proven themselves good neighborhood partners with a track record of economic development success (and all with private investment and zero public resources),” said the coalition in a letter to Council Speaker Corey Johnson.

“Since taking over the property, they’ve grown from 150 businesses and 1,900 jobs to 550 businesses and more than 8,000 jobs. This rezoning will facilitate the growth of more than 12,000 additional jobs and generate $100 million a year in desperately needed local tax revenue.

“No other private redevelopment project anywhere in the City of New York can match either this record of growth or its potential for continued investment and job creation.”

However, Council Member Carlos Menchaca, who represents Sunset Park in the City Council, said he will continue to oppose the plan as it moves through the final stages of its application with the City Council.

Lambasting the CPC decision, Menchaca said, “There is scant evidence to suggest that Industry City has created jobs for the working-class immigrant families who the Commission believes will benefit from the rezoning. More damning still, not a single commissioner wondered why Industry City needs a rezoning when they have managed to create thousands of jobs already.

“Industry City is backed by a consortium of multi-billion-dollar global investors whose wealth continues to grow despite the economic despair afflicting Industry City’s neighbors. More than one million square feet at Industry City sits vacant. They are entirely capable of further investing and developing the site without a rezoning. They know it and we know it – Industry City can create thousands of jobs without this rezoning.

“But perhaps more disturbing than what the Commission said is what it did not say. Nowhere was there an acknowledgement of the Sunset Park community’s deepest concern, which is that the rezoning will cause a rise in rents and displacement of its working-class, immigrant families.

“That this displacement will occur is a demonstrable fact of any large-scale rezoning or development project in New York City’s history. For the Commission to ignore Sunset Park’s main concern with the project, while simultaneously declaring that these residents will benefit most from the rezoning, will go down in history as one of the most tone-deaf remarks during this unprecedented economic crisis.”

Menchaca added, “Planning Commissioners are appointed officials—they have done their job, now the Council must do ours. As elected officials, we have been called by our neighbors to lead in times of crisis. We must have the courage to listen, to learn from history, and to lead an economic recovery that refuses to repeat the mistakes of the past and instead fights for a more just and resilient future.”

A City Council spokesperson said, “Now that this application has been approved by the CPC, the Council will review with community feedback in mind.”