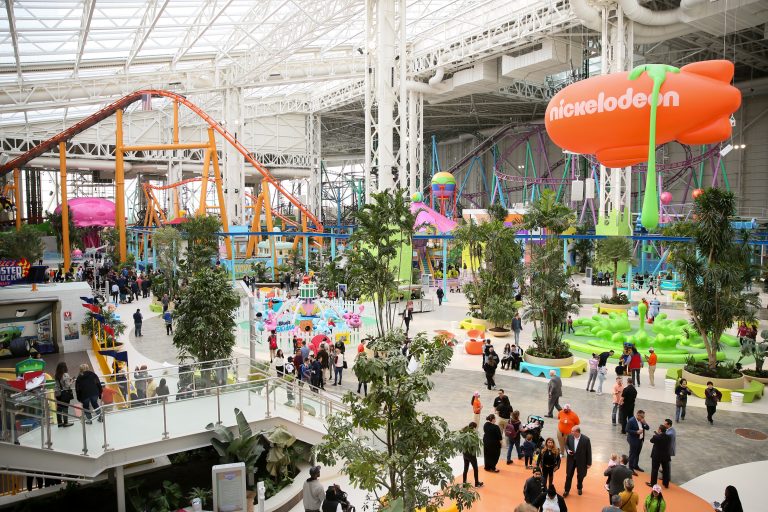 Megamall to open. Is this time a charm for American Dream?

Mall developer Triple Five has announced it will re-open the three-million square foot American Dream in Rutherford, NJ, on October 1.

Retailers including H&M, Primark, and ZARA will open their American Dream locations for the first time and DreamWorks Water Park, Nickelodeon Universe, Out of This World Blacklight Mini Golf, and The Rink will reopen Thursday, October 1.

“To ensure the safety of our guests, reduced attendance levels and extensive health and safety protocols will be observed by all attractions and retailers at American Dream,” said the company in a statement.

The opening comes after a tumultuous few years for Triple Five, which took over the mega-mall project in 2011 after a decade of delays that saw it change ownership and names several times.

After securing a $1.67 billion construction loan to finally finish the development in 2017, Triple Five began a phased opening last October when the Nickelodeon theme park and ice skating rink launched and the world got its first peek inside what was once called “the ugliest mall in America.”

The developer vowed then that American Dream would be fully operational by March 2020 – a month that will go down in history as the beginning of the worst pandemic in global history – and, just days before the scheduled March 19 opening, Triple Five announced that it would be not be opening the doors as planned.

During the pandemic, speculation mounted over the financial stability of Triple Five and its landmark retail properties, which include The Mall of America in Minnesota and West Edmonton Mall in Canada. The developer struck a deal with lenders after missing mortgage payments for Mall of America and pledged the property as collateral on its American Dream loans, according to published reports.

The pandemic also forced several retailers into bankruptcy, including vitamin seller GNC, casting a shadow over the glittering lineup once promised for American Dream.

Today, the mall declined to confirm the retail lineup beyond the fast fashion H&M, Primark and ZARA stores, saying only, “We’ll be sharing additional information about retailers soon.”

Originally called Xanadu, American Dream was started by the Mills Corporation and Mack-Cali Realty. After construction began in 2004, the project was expected to be completed and opened within two years. But five years later, in May of 2009, lenders withdrew following the Lehman Brothers collapse.

In late 2010, Triple Five signed a letter of intent to take over and redevelop the complex. By October 2019, some $5.7 billion had been spent on making it real.

Malls in New Jersey were allowed to reopen starting June 29, but Don Ghermezian, Co-CEO at American Dream, said the company had spent “several months” working with experts across health, safety, and government to develop plans for the property and each attraction.

“We’d like to thank Governor [Phil] Murphy, his administration, the New Jersey Department of Health, our legislative delegation, County Executive Jim Tedesco and his team, and the New Jersey Sports and Exposition Authority for their collective efforts throughout this process to get to a safe reopening,” said Don Ghermezian.

Mark Ghermezian added, “We know that our community has been waiting to return, but it was important to us that we took the proper time and precautions needed to welcome guests back in the safest possible manner.

“The last several months have been difficult for everyone, and even though we are still adjusting to the new normal, we are confident that we can provide guests a safer environment to make dreams come true for everyone, everywhere, as well as create much needed job opportunities in New Jersey.”

“As we can see from the way people from around the country flocked to the beaches and bars the moment they were allowed to open, despite all the evidence that it was dangerous, there is a huge pent up demand for people to congregate and socialize,” said Rappaport.

“At our core, we are social animals.  Zoom, TikTok, Instagram are wonderful.  But they can’t replace the joy of being around real people enjoying themselves.  Maybe someday VR can replicate that.  But we’re not there yet.”

A few things guests can expect upon their return to American Dream include, but are not limited to: