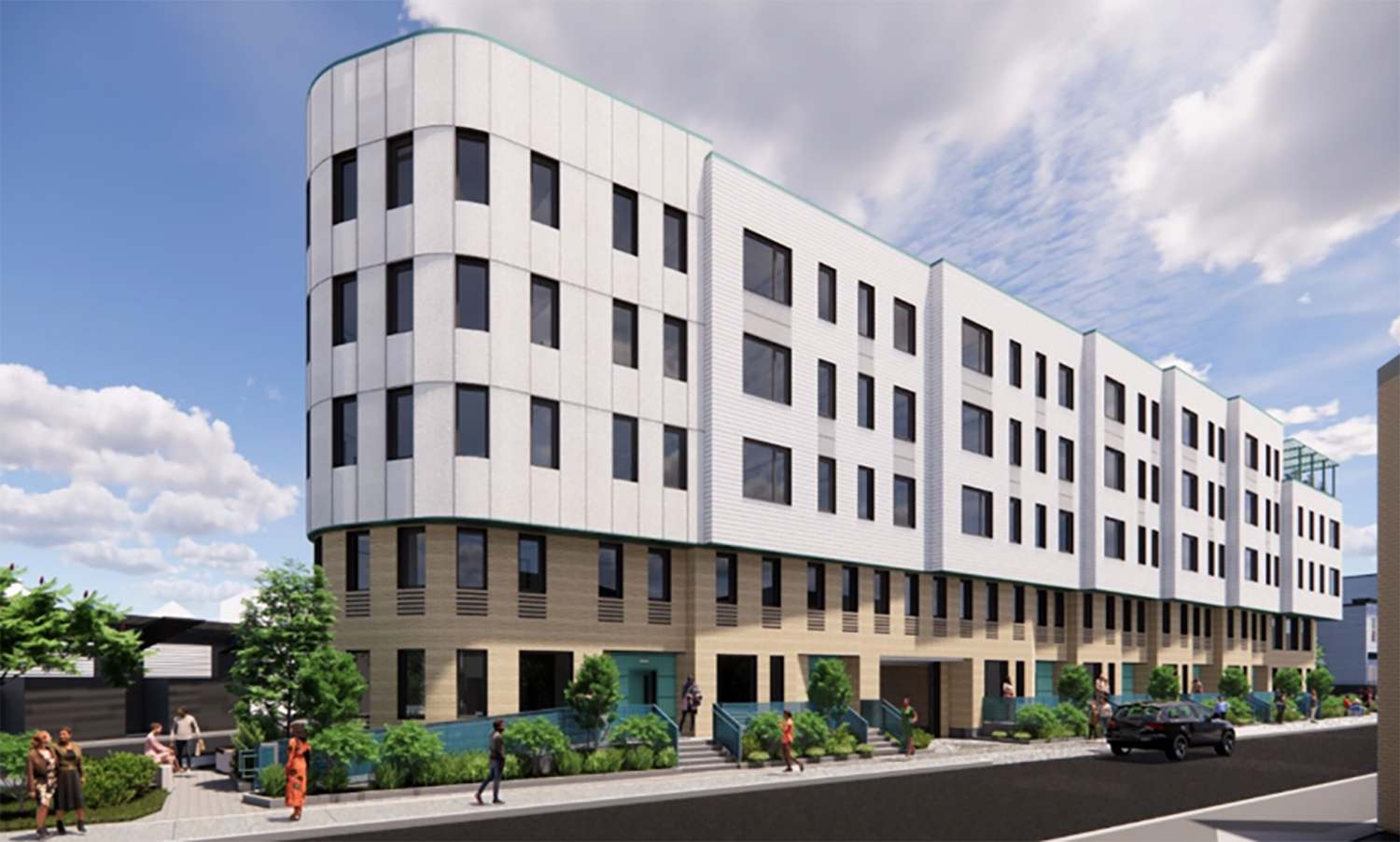 MassHousing Closes on $10.4 Million in Financing to Create New Affordable and Workforce Housing at 25 Sixth Street in Chelsea

MassHousing has closed on a total of $10.4 million in affordable and workforce housing financing to the non-profit The Neighborhood Developers, Inc. (TND). The MassHousing financing will allow The Neighborhood Developers to transform a former light industrial site at 25 Sixth Street in Chelsea into 62 new mixed-income rental and homeownership units, located on the MBTA’s Silver Line near Bellingham Square.

As part of the 25 Sixth Street development, TND will create six new homeownership units, which will be affordable to moderate-income first-time homebuyers under MassHousing’s CommonWealth Builder Program. The Legislature has committed $115 million in federal funds from the American Rescue Plan Act (ARPA) to scale up the CommonWealth Builder program, and 25 Sixth Street is the first homeownership project in Massachusetts to utilize ARPA funding.

“COVID-19 highlighted the importance of having a quality, affordable home and the 56 new rental units and six homeownership units that 25 Sixth Street will provide just steps from public transportation and downtown Chelsea will add housing stability and economic opportunity to that neighborhood for many years to come,” said Secretary of Housing and Economic Development Mike Kennealy. “We’re pleased that ARPA funding will support these six new affordable homes for first-time buyers as part of the CommonWealth Builder program as we work to increase homeownership opportunities, especially for communities of color, across the Commonwealth.”

“The transformation of 25 Sixth Street in Chelsea is a showcase for the mission-oriented work of The Neighborhood Developers, and for our state’s leadership in deploying federal pandemic relief to create stronger and more equitable communities,” said MassHousing Executive Director Chrystal Kornegay. “This development will create quality new homeownership opportunities and affordable rental housing, in close proximity to transit and jobs, and provide a platform for economic prosperity.”

“TND is pleased to work together with MassHousing and the City of Chelsea to bring more for-sale and rental affordable homes to Chelsea. The location of 25 Sixth Street in downtown Chelsea right next to a Silver Line stop, makes local and regional amenities readily accessible to our future residents,” said Rafael Mares, Executive Director of The Neighborhood Developers.

TND acquired the 25 Sixth Street parcel just ahead of the pandemic; an empty warehouse was located on the site. When a pandemic related food pantry outgrew the office of La Colaborativa, TND made the warehouse available for the food pantry’s use. Thousands of meals were distributed at the site meeting a huge community need. Soon, the property will fulfill another pressing need of more affordable housing. The 25 Sixth Street development involves the creation of 56 new deed-restricted rental homes and 6 new homeownership condominiums, all of which will be contained in a single midrise building.

MassHousing is supporting the project’s rental component by providing TND with a $6.9 million permanent loan, $1.2 million in financing from the Agency’s Workforce Housing Initiative, and $932,500 in additional subordinate financing.

The rental financing also involved approximately $13.6 million in tax credit equity from an allocation of federal and state Low Income Housing Tax Credits by the Massachusetts Department of Housing and Community Development (DHCD), $4.2 million in direct support from DHCD, $1 million from the Affordable Housing Trust Fund, which MassHousing manages on behalf of DHCD, and $1.2 million in local funding from the North Shore HOME Consortium. Silicon Valley Bank will be the construction lender and the Massachusetts Housing Investment Corporation will be the tax credit syndicator.

The Agency has also committed $1.38 million in CommonWealth Builder funds to support the creation of the project’s six new homeownership condominiums. Other funding sources in the homeownership transaction include a $3 million construction loan from Silicon Valley Bank, $300,000 from the Affordable Housing Trust Fund, $637,000 in local funding from the North Shore HOME Consortium, and $50,000 from the Charlesbank Foundation.

The CommonWealth Builder program is a landmark initiative to address the racial homeownership gap in Massachusetts by creating new homeownership and wealth-building opportunities in communities of color. It is the largest state-level program of its kind in the nation.

Gov. Baker and MassHousing launched the CommonWealth Builder program in mid-2019, as a $60 million initiative to build roughly 500 new workforce homes affordable to first-time homebuyers in communities of color.

The Massachusetts Legislature has allocated an additional $115 million in ARPA funding to scale up the program. The ARPA funds allow MassHousing and its development partners to create more homes, while also providing deeper subsidy levels to developments serving lower-income homebuyers. Massachusetts is the only state in the nation utilizing ARPA funding to create new homeownership opportunities that address the racial homeownership gap.

In addition to homeownership production supports, the Legislature has also allocated $65 million in ARPA funding to homebuyer supports, including down payment assistance, for first-time homebuyers in disproportionately impacted communities. CommonWealth Builder units may be purchased with enhanced, ARPA-supported DPA.

25 Sixth Street also advances the Baker-Polito Administration’s goal of creating at least 1,000 new workforce housing rental units affordable to middle-income households through MassHousing’s Workforce Housing Initiative. Since the inception of the initiative in 2016, MassHousing has committed or closed workforce housing financing totaling $149 million, to 72 projects, located in 27 cities and towns, and advanced the development of 5,578 housing units across a range of incomes, including 1,507 middle-income workforce units.

The general contractor will be NEI General Contracting, the architect is Utile Architecture and Planning, and property will be managed by WinnCompanies.

MassHousing has financed 13 rental housing communities in Chelsea totaling 1,386 units of housing with an overall original loan amount of $132.7 million. The Agency has also provided home mortgage loans to 770 homebuyers and homeowners in Chelsea with an original purchase principal balance of $93.9 million.

Eastdil Secured Advises on Sale of Westfield Santa Anita in California for $537.5 Million