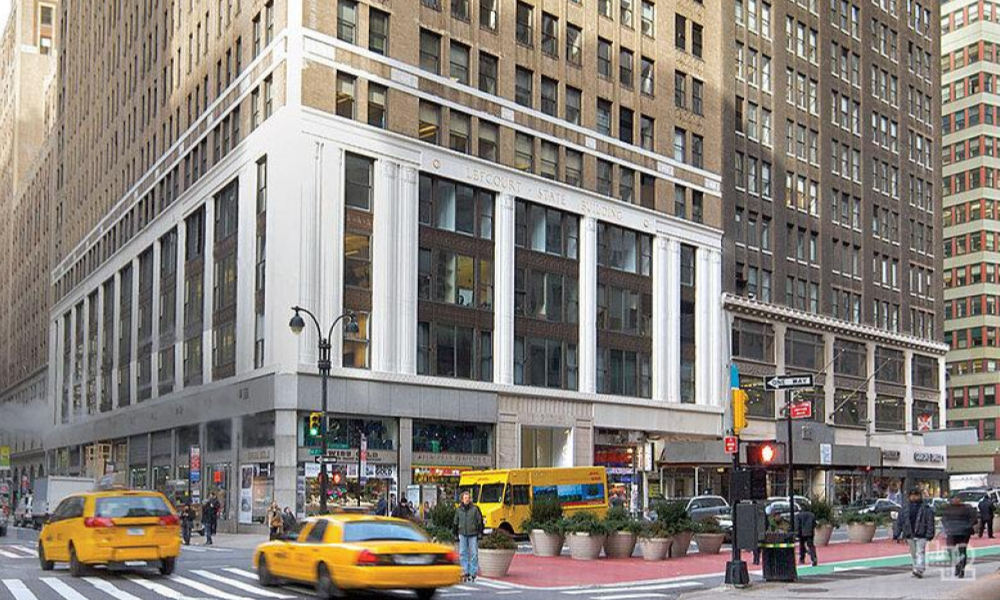 Dollar volume totaled $1.1 billion, a 74 percent decrease off the third quarter of 2019 and the lowest level since the first quarter of 2010.

Two transactions, 1375 Broadway (pictured top) and 522 Fifth Avenue, which went into contract before the COVID-19 shutdown, accounted for 68 percent of the total dollar volume in the third quarter.

The annualized pace of transaction velocity forecasts that 2020 will end with 155 sales and $8.4 billion in dollar volume, which is a 72 percent and 69 percent decrease off the ten-year averages, respectively. These totals are 46 percent and 52 percent lower than 2019’s tallies, which marked the previous 10-year low.

The following is a breakdown of third quarter investment sales by asset class:

Retail
The third quarter of 2020 only saw one retail transaction for $1.5 million. The sole transaction for the quarter in Manhattan was 152 Franklin Street, a vacant retail condo in Tribeca that sold for $417 per square foot and was bought out of foreclosure.

The third quarter of 2020 saw only one office sale for $435 million, while the office condo market recorded three sales totaling $412 million. The 513,401 s/f office building at 1375 Broadway, which went into contract in February, was purchased by Savanna Partners for $847 psf at a 4.80 percent cap rate. Rents in the building are below market, which will allow for a value-add opportunity.

Across the city as a whole, the investment sales market continued to soften. For the second straight quarter, both transaction and aggregate volume fell, according to Colliers.

“There’s still a degree of uncertainty in the market concerning both the upcoming election and fears of a second COVID-19 wave. That uncertainty could potentially lead to another soft quarter in terms of transaction volume,” said Andrew Jacobs, Managing Director, Colliers International Capital Markets.