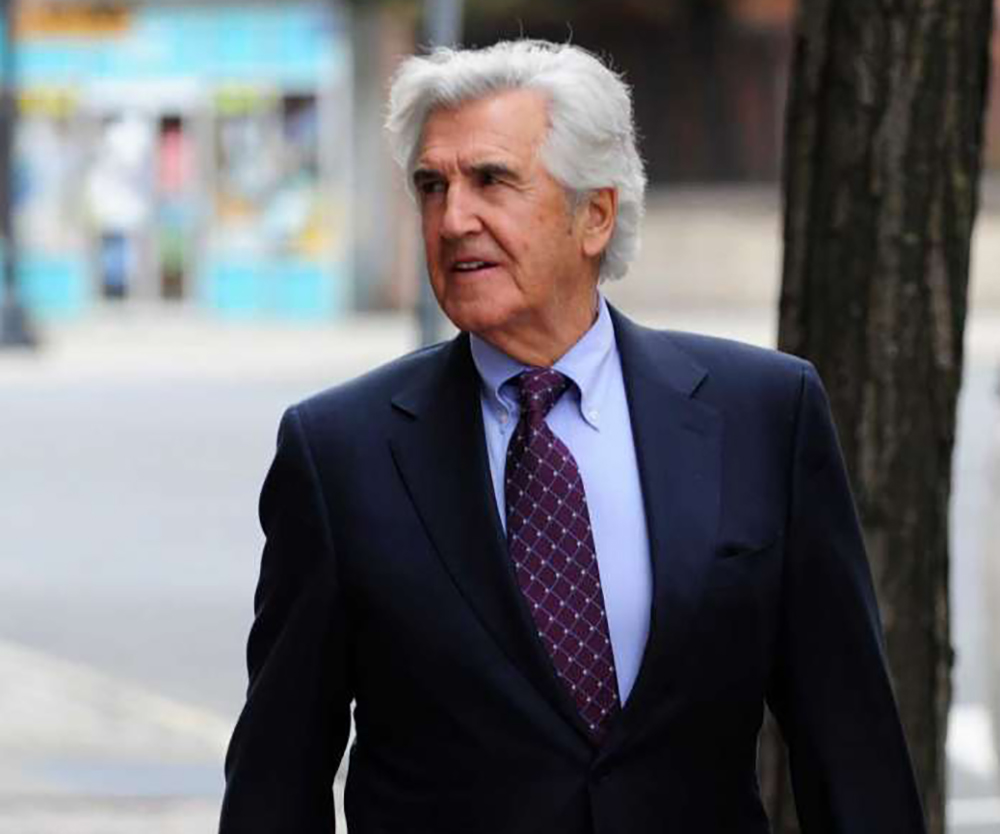 Joe Bruno, who led the GOP-controlled New York State Senate for 14 years, died today at the age of 91 after a long battle with cancer.

Bruno died at his Brunswick home surrounded by family and his longtime companion, Kay Stafford.

As Senate leader and key Republican ally to former Governor George Pataki, Bruno was one of the “three men in a room” at the Capitol who held the reins on state policy and spending for years.

He was convicted of two corruption charges in 2009, but was acquitted after a second trial and the charges that he took $400,000 in kick-backs overturned.

A champion of his upstate constituents, he pushed for the creation of a high-speed rail development to boost the local economy. In the 90s, he tried to scrap draconian rent laws and broker a comprise that would work for both tenants and landlords.

“We are trying to do something that is reasonable, but if one person just keeps their arms folded and doesn’t respond, then what you’re headed for is a major crisis in the city,” he said at the time.

“Joe Bruno was a legend, a partner, and a friend.  His strength and ability to work with both sides of the aisle is something we rarely see on any level of government today, and there is no doubt that form of leadership is missed,” said Aaron Sirulnick, chairman of the board of the Rent Stabilization Association, which represents 25,000 landlords of 1 million rent-stabilized apartments in the five boroughs.

“He fought for both tenants and owners, making sure there was a balance, but also recognizing the value of small property owners across the State.  His foresight and firm stance against regulations can now be seen as ingenious.”

NYS Comptroller Thomas Dinapoli said, “New York lost an icon today with the passing of Former Senate Majority Leader Joe Bruno. The senator served his community for over three decades, the last 14 as majority leader where he led the state through difficult times.

“A tough negotiator and straight-talker, he was also beloved by so many for his kindness and great sense of humor.”

Carlo A. Scissura, president & CEO of the New York Building Congress, said,
“Joe Bruno was a dedicated advocate for economic development and growth in New York.  As the son of Italian immigrants and a tireless fighter for his constituents and people across the state, he truly embodied the American Dream. His legacy – from infrastructure projects, schools and open spaces to helping steer New York in times of crisis to his beloved Italian Community Center of Troy – will live on.”

In 2016, Bruno published his autobiography, Keep Swinging: A Memoir of Politics and Justice, donated $1.4 million to the New York State Senate Republican Campaign Committee, and created a $100,000 scholarship fund.

Bruno is survived by his four children he had with his late wife, Barbara, who died in 2008. As of 2014, his  partner was Kay Stafford, widow of the late Republican State Senator Ron Stafford.

JLL, Rockpoint take capital markets into the cloud with Dealpath